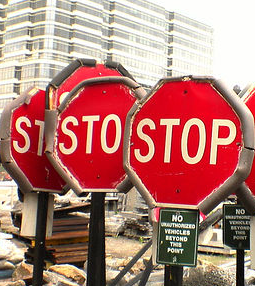 Digg announced a seemingly small, but rather interesting change on its blog today: It has added a “rel=nofollow” tag to every link on the site that it doesn’t trust. What this means is that all the spammers who submit their stories to Digg, are now basically out of luck.

Sure, all spammer who submit something to Digg hope that it hits the frontpage and brings a rush of traffic. But more important to them are the links associated with Digg. If a story is popular on Digg, it will also likely garner quite a few links back to it. But even if it doesn’t become popular, the link coming from Digg itself gives some weight to the spammy URL in a search engine crawler’s eyes.

Digg using nofollow has been a subject of debate since at least 2007, when the service was exploding with popularity. Around that time, Wikipedia decided to use nofollow for all of its outbound links. But what’s interesting here is that Digg isn’t adding nofollow to all of its links, and instead is only doing it for the untrusted ones.

“This work was done in consultation with leading experts from the SEO/SEM and link spam fields, in an effort to lookout for the interests of content providers and the Digg community,” Digg’s John Quinn writes today. This would seem to suggest that company realizes it’s still in the interest of most content providers to get the link juice that comes from Digg. It would also seem to suggest that it doesn’t want firestorm of controversy similar to the one it created with the DiggBar.

This move comes at an interesting time for Digg, as sites like Bit.ly look to be setting up to battle for who has the most interesting link data on the Internet. Twitter itself has been testing out the tracking of links from its site, though it claims to be just doing so for internal product purposes.

How Digg judges which sites they trust, they don’t say. But one would have to assume that these sites are different from the ones that are straight-up blocked from the service for being spammy. Untrusted links in comments, profiles and story pages will also get the nofollow tag as well.