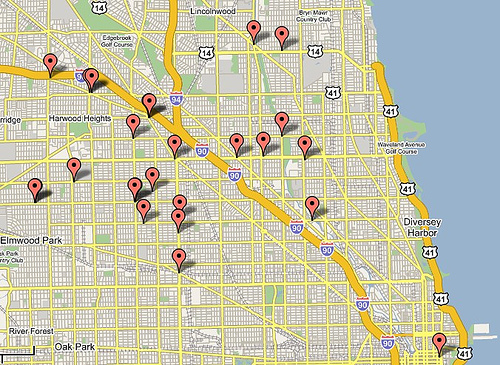 Location is one of the features that a lot of the Twitter apps tack on using things like the iPhone’s geolocation services. It’s a cool feature, but not enough people use it. But they are likely to now that Twitter is adding native support for it with a new API.

At first, Twitter is releasing this as a developer preview, co-founder Biz Stone notes on the blog today. This means that third-party apps will be the first to have access to the feature. But Stone also says that support for location on Twitter’s mobile and regular site will come as well. And it’s important to note that the feature will be opt-in, meaning that by default it will be off for users, but if they want to use it, they can turn it on.

And they should, because this is potentially a very powerful new feature. Just imagine if a friend tweets something and you can see exactly where they are when they do it. There are no shortage of location-based services attempting to take off right now, but Twitter already has a huge user base and depending on how developers use this new API, Twitter location could replace or bolster many of them. And that’s good news because the main problem that many of these location-based services have is a lack of users.

Are there privacy implications? Sure, but that’s why it’s important that this feature is opt-in, at least for now.

But Twitter is hardly the only big player entering the location arena. Google has made a series of moves recently to show its support of location-based computing going forward. None is bigger than its Latitude service which is a location-based social network that shows you where your contacts are. And Google also recently introduced location support for Google Maps and the mobile version of its search engine, so if you search for something like a restaurant on your iPhone, it can know where you are and serve up a result close by.

And continuing the Facebook versus Twitter saga, it’s interesting to note that Facebook has yet to introduce anything involving location yet. I say “yet” because I think we all know it’s coming. And that will be a big wildcard in the location space because unlike Google, Facebook’s primary purpose is to be a social network where you keep track of friends. And whereas Twitter has tens of millions of users, Facebook has over 250 million users, so how they would react to something like location will be interesting. Hopefully, like Twitter, they’re smart enough to make it opt-in also, at least at first.

One way Facebook could have quietly integrated location is with its new iPhone app, something with former TechCrunch developer Henry Work noted the other day. However, they didn’t do that, and now with Twitter in the game, they risk once again losing out to them in a hot new field.