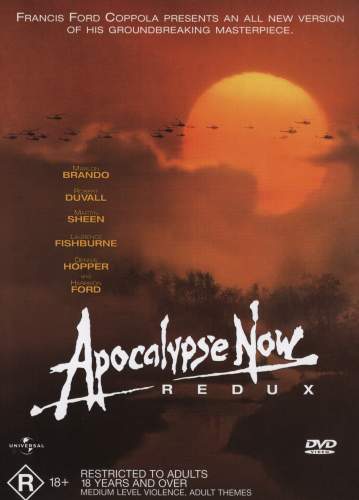 The first Twitpocalypse was one of those events that you’re going to tell your children about one day. I remember where I was when it hit: On my way to Napa Valley with some friends as we heard sirens race by, likely signaling the end of the Twitter world as we knew it.

Okay, it didn’t end up being that bad. But it still was a pain in the ass for many third-party developers, especially the iPhone Twitter app developers, who had to wait in the App Store line like everyone else for their fixes to go through. And now it’s set to happen all over again!

A tweet today from the TwitterAPI account warned that the second Twitpocalypse was closer than people thought. Okay, most people probably didn’t realize that it could occur again, but it can, and it will, and it’s fast approaching.

The current estimate by the API team is that it will occur sometime in the next 60 days, probably at the end of September. They warn that it could happen sooner though.

So what does it mean, and why is it happening? Well, for those that don’t remember, the first Twitpocalypse occurred when the unique identifier for tweets hit 2,147,483,647 — the 32-bit signed integer limit. That number caused some third-party apps to start counting tweet identifiers as negative, screwing them up. This new Twitpocalpyse is similar, only it’s for the 32-bit unsigned integer value of 4,294,967,295.

In case you didn’t already realize it, the fact that this chasm between the two numbers was crossed so quickly once again shows that Twitter is growing very quickly. Though it’s not a 1 to 1 tweet-to-unique ID ratio, that the number will have doubled (an increase of over 2 billion) in just a few months is huge.

So what can you do to prepare yourself? Well the Twitter API team recommends developing your apps to use 64-bit integers, thus increasingly the number of tweets your app can recognize before it hits these integer walls.

Also, lock up the women and children. 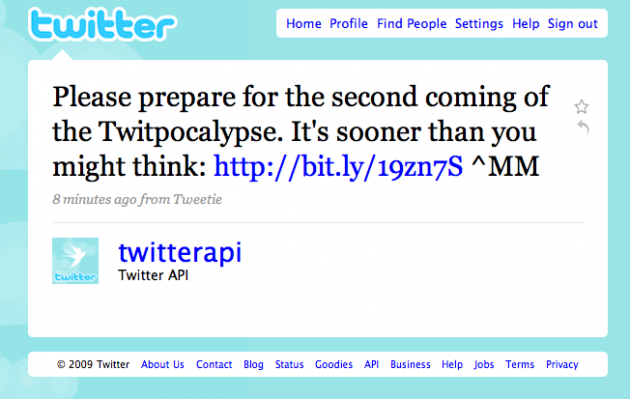