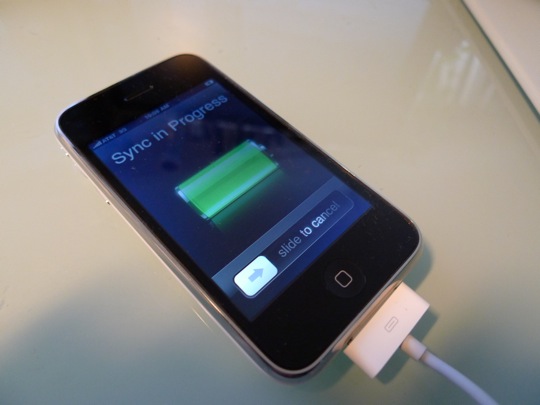 First, an anecdote: when the iPhone first launched in 2007 I took it on a tour of Central Europe, namely Budapest and Warsaw. Communism had just fallen and the dreams of these benighted nations were dashed. But as I pulled the iPhone from its protective cozy, the eyes of those present were filled with hope again, hope that there was something better out there, something magical. That something was called the iPhone and it was this promise, the promise of a Jobsian escape from the gristmill of history. All of this in a cigarette-pack-sized cellphone.

Fast forward two years. With the release of the iPhone 3G S we can safely say that the bloom is off the rose. The 3G S looks exactly like the iPhone 3G in every way. There is no outward identification and, in those intervening years, Hungary, Poland, the UK, Russia – heck, everybody – got the iPhone. Pulling one of these out is like pulling out something like a tin of Altoids – a bit against the grain but common enough to discourage gawking. So we must answer a few questions in this review. They are:

* What are the major improvements?
* Who is this phone for?
* Should you buy one/should you upgrade?

And so we begin. 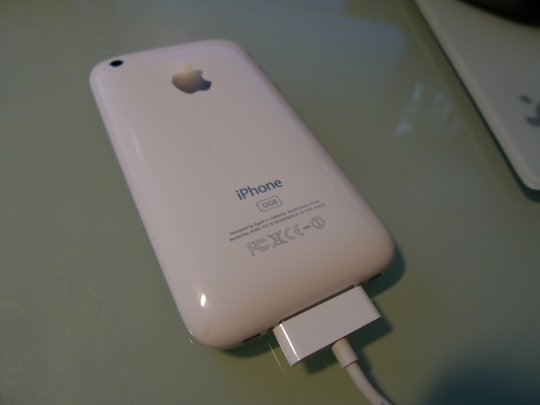 What are the major improvements?

Unless you live on the veldt with your family of Stone Age bushmen, I expect that you have a working understanding of the current iPhone 3G. To recap, it is a touchscreen, multi-touch phone – which means it supports multiple finger gestures including “pinching” to zoom in and out. It has a color screen, an earphone jack, and little else in terms of external characteristics. There is a silence switch and volume controls and it still uses the standard iPod jack found on every iPod since the dawn of time. It supports podcast playback with skip-back and fast forward play modes. 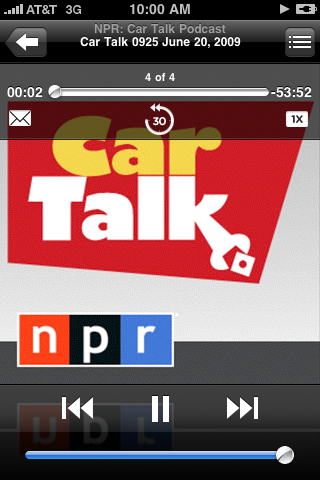 This is a 3G phone which means you get about 200 Kbps up and 500 Kbps down on AT&T’s network. Your mileage may vary while roaming. You’ll pay $60 to $120 a month for unlimited data and a bucket of minutes. The phone itself costs $199 for the 16GB version and $299 for the 32GB, which presupposes you’re coming in as a new AT&T subscriber. Costs for upgrading are dependent on your current status at AT&T.

Now for the improvements. The main improvement is VGA video recording and upload. This is a huge deal. Before the iPhone, cell phone cameras were an add-on, something that you used in a pinch when you didn’t have anything else. Now the camera is a must-have and Internet syncing comes standard on almost every phone out there. It was the iPhone that started this charge and with the ability to upload video to YouTube, they are about to own the casual video market.

In short, the ability to upload video is great. You can shoot some video of junior at the park, compress it, and begin the upload in about a minute. The upload itself takes considerably longer – don’t try to upload anything over a few minutes using 3G – but it runs in the background and uploads, slowly but surely. Other casual video cameras, like the Flip, are done for.

The photos it takes are also quite nice. Here are a few I took in bright sunlight: 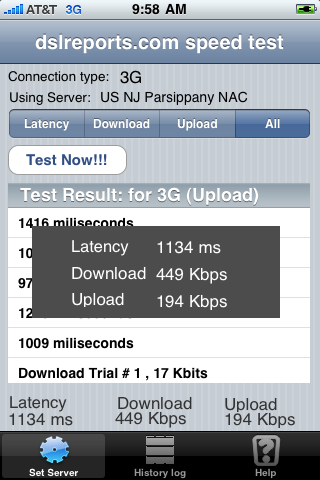 Other than that, you’re looking at nearly identical hardware with a slight speed bump, more working memory and storage, and a magnetometer. Everything else about this phone – cut, paste, search, etc. – appears on the iPhone 3.0 firmware update, accessible to the entire range of iPhone devices. Hmm… why is this familiar?

That’s right: Apple is going MacBook on their phone line. They’re upgrading the hardware in a very specific and almost imperceptible way. Just as the current crop of MacBook Pros are almost indiscernibly different from the previous crop, this iPhone is indiscernible from its older brother. Why? Because Apple makes “Apple” hardware. It doesn’t take to flights of fancy like Dell or HP and it doesn’t feel the need to change trade dress from one iteration to the next. The next iPhone might look different but this is an evolutionary step designed more to showcase 3.0 than anything Apple designers can come up with. It’s almost as if Apple was keeping the lid on Snow Leopard improvements and instead focusing considerable energy on the iPhone OS.

The phone also has a magnetometer and can act as a compass, which makes for great walking directions and future turn-by-turn apps, but there are none to test right now so I can’t add this into the “compelling” file. UPDATE – I used this while walking in London and it’s a great addition. You essentially prevent yourself from wandering off in the wrong direction.

I also left out Nike+iPod because I hadn’t used it in a while. In short, this supports Nike+iPod. You can measure your stride, distance, and speed while running.

So this is really a video-recording iPhone. It’s faster, sure, but that is not the point here. This cements Apple’s position in media sharing.

Who is this phone for?

It is now a phone for everyone. My buddy, a programmer for a financial house, has been using a Blackberry for years. He wants to switch to an iPhone and now with search, he can. My mom wants to see pictures of her grandkids – she could feasibly get an iPhone 3G for $99 – the same price she paid for the pink Motorola RAZR she was carrying.

But if you are an early adopter and Apple lover, you may need to pass up this version. It does little your current iPhone 3G can’t do and unless you really love sharing video, you’d be hard-pressed to justify the upgrade costs.

So here’s the iPhone upgrade – kind better performance with VIDEO. Is video worth the extra $200-$300? Potentially, if you’re a video buff. But could you wait until the upgrade is truly compelling? Sure.

Should you buy one/should you upgrade?

If you’ve read this far, you’re still unsure whether to upgrade. I, as an Apple fanboi, am sitting this iteration out. The wife has expressed interest in the video but I worry that the next iPhone iteration, which will probably come next year, will contain more compelling upgrades and that all the muss and fuss related to upgrading – not to mention the cost – will be repeated for the next model… and the next… and the next. Obviously, this is Apple’s plan and I’ll probably ignore my own advice sooner or later, but Apple power users can get away with avoiding the 3G S upgrade for the next few months.

I know you won’t listen to me, so go ahead and upgrade.

As for non-AT&T customers and customers looking to upgrade at the standard pricing or customers upgrading from the first-gen iPhone should run, not walk, to the AT&T store. This is the best phone on the market, bar none, and will change the way you think about phones. Praise not high enough? The iPhone has changed mobile telephony forever and the sooner you hop on the iPhone train the better. Everyone else is now playing catch up and unless you know you have very specific reasons for sticking with RIM, WinMo, or Symbian, you need to check the phone out. I don’t add Android or WebOS/Pre to that list because those platforms have not been tested nor are they particularly earth-shattering – yet.

Current 3G owners could potentially sit this upgrade out. New users thinking about a feature phone on AT&T should go iPhone. No matter what the guy at the mall kiosk says, no matter how many phones he pulls out with a little keyboard, the iPhone is better. You say you need a physical keyboard? You don’t. I started using the iPhone after using a Sidekick for a few years and I haven’t missed the physical keyboard one bit.

In short, make the move.