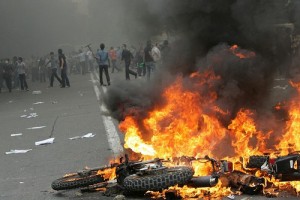 Twitter had been planning to have a 90 minute downtime tonight for maintenance. Given what’s going on over in Iran right now, that was a problem. And so Twitter has decided to reschedule the maintenance so the protests can go on.

This is a good move by Twitter. It clearly didn’t want to have to move the maintenance window that it calls a “critical network upgrade,” but the #nomaintenance hashtag that has spent the entire day on the trending topic list, made it pretty clear that Twitter’s users don’t want the service going down at all during this important time. So Twitter worked with its network partner NTT America to reschedule the maintenance for 2-3 PM Pacific, which will be 1:30 in the morning in Iran, rather than during the day.

Twitter uses the rest of the post to praise NTT America for its flexibility, but really this is all about Iran. The people over there are using Twitter as a tool of choice to spread information about what is going on, even as other outlets for communication are being blocked.