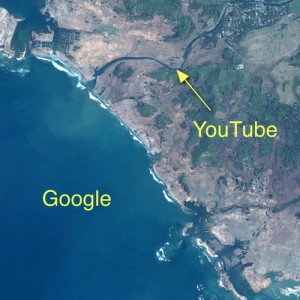 It’s pretty obvious that Google is getting ready to fully cast its social net over its web properties. It’s been doing things like tweaking the developer’s side of iGoogle to be much more social, separating your contacts from Gmail to be used for all of Google, and overhauling and promoting Google Profiles. The latest move is a subtle one, but it’s important for Google’s social graph: Pairing YouTube accounts with Google accounts.

To be clear, you could previously link the two together, but starting today, if you sign up for a new YouTube account, you automatically get a Google account to go with it. And more importantly, buried at the end of the post on the YouTube blog, Google notes that, “some of the new features we roll out down the road may require a Google Account. In these cases, we’ll be there to help you link your YouTube Account to a Google Account if you want to check the features out.” Without saying what it means by that specifically, I think it’s pretty clear that Google has big plans for its hugely popular online video site in its overall social scheme.

Not only does that probably mean little things like being able to feature YouTube videos on your Google Profile (just like you can with pictures now), but also placing videos in the upcoming “Updates” news stream area. That’s seems likely to be the name of the area that will be Google’s version of the News Feed — where all of your social data and the data of your contacts is collected in one place. This area, which has yet to be unveiled, is very important if Google is to find cohesion in its social plans which have so far been scattered.

For the big two social networks, Facebook and MySpace, pictures have been a huge part of each of their networks. Videos are now increasingly becoming a big part as well as recording and encoding technologies improve — and broadband speeds get better. And there’s no bigger site for video than YouTube, which in the U.S. far outpaces its next closest competitor, Fox Interactive Media, which runs, yes, MySpace. So Google is set on the video end for its social network that is coming together.