In recent years, severe weather and natural disasters have become more frequent and more intense. This puts a tremendous strain on electrical grids, especially in regions where utility companies already struggle to meet demand at full capacity. An increasing number of people have decided to secure electricity for their families with an energy storage system. This week, Zendure has released a home backup battery that could provide a typical household with a week’s worth of energy.

Zendure’s SuperBase V home energy storage system accomplishes this feat through customizability and some pretty cool battery technology. It’s the first system to use semi-solid-state batteries, which can hold up to 42% more energy than typical LiFePO4 (lithium iron phosphate) batteries. The new battery technology is also less likely to cause a safety hazard if the internal cells are damaged–something that is especially important in households. Zendure also developed its own battery management software to extend the potential lifespan of the internal cells.

Battery technology is not the only thing that sets SuperBase V apart from typical offerings. It’s the first home energy storage solution capable of delivering 120V and 240V AC power at the same time, powering large and small appliances alike without the need to purchase add-ons or a second unit.

The system’s capacity can be expanded by connecting two SuperBase V units together or by adding Zendure’s Satellite Expansion Batteries. The expansion batteries stack together and bolster the main unit’s capacity as well as its maximum input and output capacity. A maxed-out configuration featuring two base units and eight Satellites can hold a whopping 64kWh of energy and deliver up to 7,600W of AC power–meaning even kitchen appliances and heavy-duty equipment can run on SuperBase V’s backup power. And at full tilt, a system that includes at least one base unit and one Satellite can collect up to 6.6kWh of energy in just one hour by using solar and AC power together. 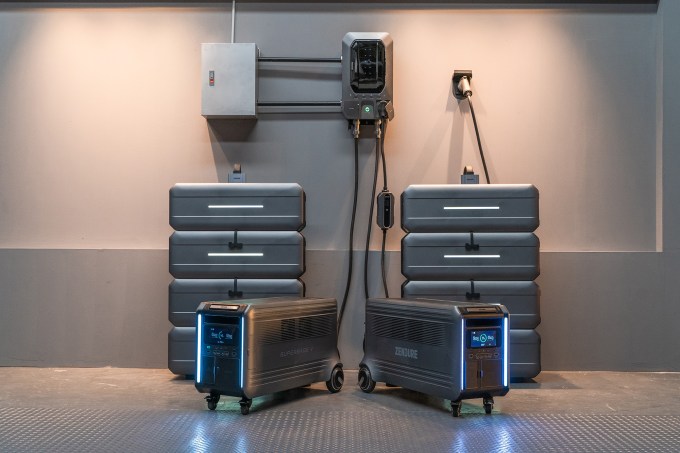 Zendure’s system is “plug and play”: if you already have a subpanel in your home to manage power, you can upgrade to SuperBase V by swapping out just one cable. Zendure also offers its own Home Panel, which patches into your home’s circuitry to feed power throughout the house. The panel gives you 12,000W of available power distribution across ten circuits, plus you get two EV outlets for rapid Level 2 charging. 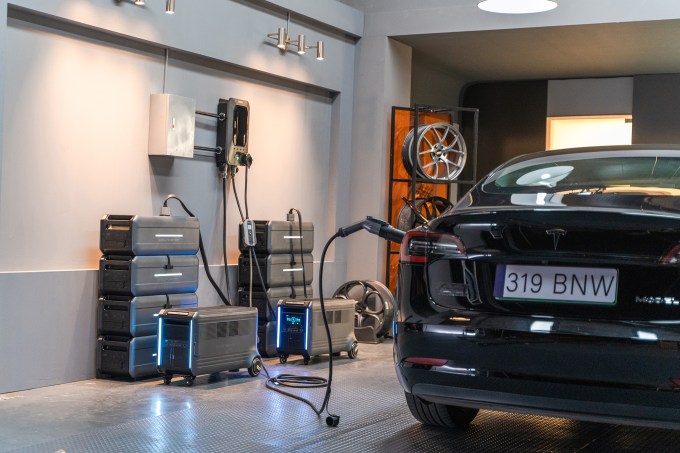 SuperBase V has the highest solar input power of any home energy storage system, at up to 3,000W. This incredible speed, coupled with time-of-use programming capabilities, mean that you can probably save some serious money on your energy bill.

Speaking of time-of-use rates, such features can be accessed in the Zendure app. In addition, SuperBase V is compatible with Google Home and Alexa voice assistants, giving you hands-free control and monitoring capabilities. 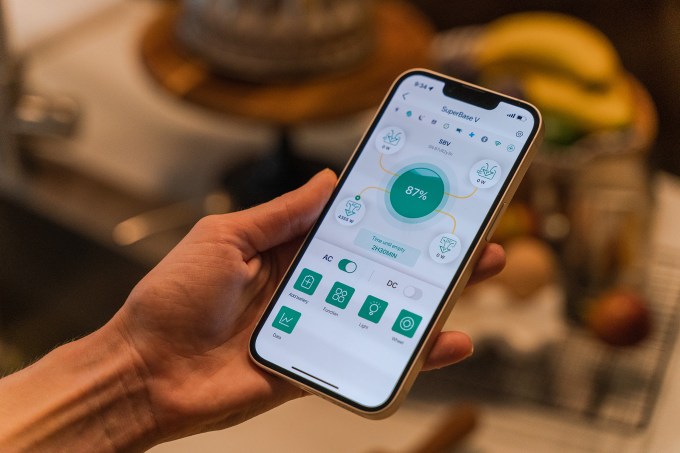 The US version of SuperBase V has seamless UPS functionality with 0ms downtime. In the event of a power outage, the unit switches over to backup power instantly, preventing damage or disruption to sensitive equipment including computers, game consoles, servers, Wi-Fi routers, and medical equipment.

While “home backup power” is certainly SuperBase V’s day job, the new power station was designed for portability as well. Its wheels are powered to assist in mobilizing the battery’s considerable heft, and the base unit has 14 output ports of various types for events and other mobile applications. The color of the ambient lights on the front of the main unit can be changed in the app, a nice touch for setting the mood, distinguishing multiple base units from one another, or just “blending in” with other party equipment. 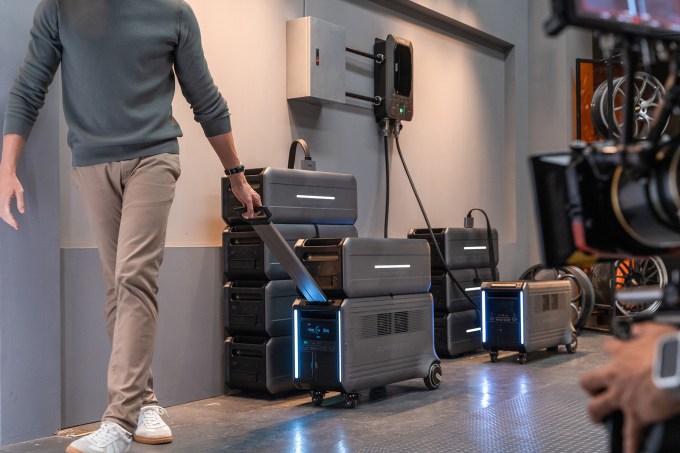 The wheels aren’t the only standout mobile feature for Zendure’s power system. SuperBase V has a 30A Anderson port to power appliances in your van or RV. In addition, the Satellite Expansion Batteries are independently capable, with their own 30A Anderson and 600W XT90 ports to power an RV and collect solar energy even when they’re not attached to the main unit. 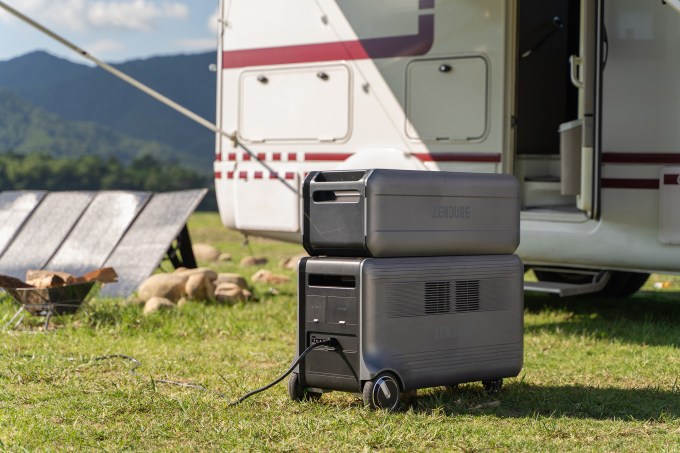 Another cool road-ready feature is that SuperBase V can be charged at a high-speed EV charging station, just like you’d charge a car.

With such impressive specs, it’ll be interesting to see how consumers respond to SuperBase V when it hits the market. Fortunately, we won’t have to wait very long to find out. Zendure gave attendees of Berlin’s IFA conference a preview of SuperBase V earlier this month. Now they’re finally launching for real. The new energy storage system drops on Kickstarter September 29th, with shipping scheduled for next month and first-come, first-serve early bird pricing.