City life can provide countless exciting options: culture, landmarks, food, history–plus traffic so congested that it obstructs you from reaching and actually taking advantage of said options. Along with the perks of city living come everyday challenges with real estate, environmental waste, personal safety and well-being. The benefits, excitement and value of urban living can sometimes fade in the face of the complications.

On the bright side, cities are hubs of innovation, as both a magnet for talented people and a hotspot for the problems they’re trying to solve. For example, this summer seven fledgling companies–each committed to building a better tomorrow for city dwellers–came together as the latest cohort of URBAN-X.

URBAN-X is a 20-week intensive incubator program funded by MINI and Urban Us that provides unique mentorship and guidance on design, production, deployment, publicity and more, leading up to a demo day where participants exhibit their products, fundraise and pitch investors. The program looks for companies that address urban challenges across a range of categories, who aim to make living in cities more efficient and enjoyable.

The next cohort of URBAN-X companies made its public debut this week. Ahead of their exciting work, we asked this year’s class of innovative URBAN-X alumni companies to share the challenge and discovery that inspired their enterprise and we learned how each is working to solve human problems with applied technology. 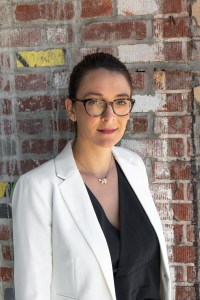 Carey Anne Nadeau, founder and CEO of Open Data Nation, realized when she moved to New York City that there was no way for auto insurance companies to tell who in New York was actually a safe or an unsafe driver.

“I started driving on New York City streets and realized how unsafe congested areas are. Drivers around me were really aggressive in ways that I wasn’t familiar with coming from DC,” she says. “An insurance carrier that’s only looking at my credit history is missing a world of context because they’re not evaluating the way I live and the risks that I’m exposed to.”

The MIT Brookings Institute grad used public records to create a model that can predict and mitigate incidences like car crashes, forming the basis of Open Data Nation.

“We leverage data that’s already available to give context to insurance companies about bad drivers versus driving on dangerous roads.” 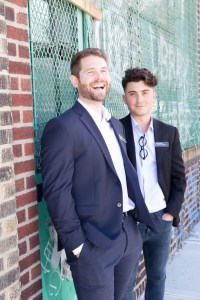 Sapient Industries co-founders Sam Parks and Martin Koch shared an apartment as University of Pennsylvania students, where, Parks says, “we were both watching waste happen…We’d be walking around and see a building with a bunch of lights on. We realized, this is the easiest thing ever to solve.”

While investigating passive energy use and coming up with a business model to reduce it, they did an energy audit of the apartment they shared at the time. “It was jarring,” Koch says. “We found a device that was consuming something like $60 a month.”

Now their company can save large-scale energy consumers like university campuses $10 million per year. Sapient Industries uses automation and predictive behavior to manage plug load and to cut back on energy usage and waste in commercial buildings and networks of buildings.

The impact of URBAN-X has been immense: the duo had installations of their system planned for a few hundred buildings at the beginning of the 20-week program; now they have 30,000 scheduled to complete by the end of 2020. When RentLogic CEO Yale Fox moved into a New York City apartment with a high price tag, he assumed he would enjoy a clean, easy renting experience. But his health declined because of unseen mold invading his home, which his landlord refused to address. Fox took his landlord to court, armed with a statistical model built from the open records of New York City, such as mold complaints, heating issues, pest control and more.

“The judge, when I first talked to him and I showed him everything that I built all with public data, he said something about, ‘first of all, welcome to New York, sorry you’re going through this, and you should build an app,’” Fox says. “‘This would help so many people.’”

For years, Fox offered the RentLogic platform for free as a social service, providing letter grades to buildings according to complaints filed with the city, much like New York’s restaurant rating system. Now buildings can pay for the signs that display their letter grade, and Fox envisions adding the ability to contact the landlord and to search for building listings from a QR code on the sign.

Blackstone, the largest for-profit landlord, was RentLogic’s first customer. “We’re a mission-driven company. It’s a common pain point, so we have an insane word-of-mouth spread off this.” 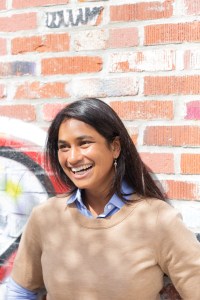 Niki Choo, the founder of San Francisco-based outdoor coworking company Campsyte, says, “I wanted to work outside and there was no good place to do that in the city, so it was really just solving a personal problem.”

Choo leases parking lots from their owners and sets them up with all the amenities: decorations, seating, electricity, bathrooms, wi-fi, the works — and rents them per hour for coworking, events, parties and personal use. She cites the benefits of spending time outside, combined with the need to get things done, for the concept’s success.

The idea is a lucrative one: Choo’s pilot space in San Francisco has earned 10 times per square foot what it would as a parking lot, and there are plans for several more spaces in the works. She credits URBAN-X for helping her, a first-time founder, launch a viable venture and fundraise.

“We felt like URBAN-X was a natural fit to shepherd us through the process,” Choo says. 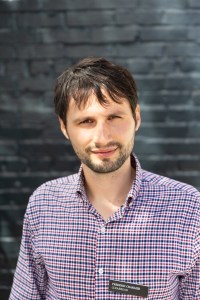 Good, well-maintained roads are essential to get us where we’re going, but maintenance has a cost that few of us think about in our daily lives. Typically, taxes on gas purchases go towards road repair costs. But the charges can be disproportionate: a vehicle that uses more fuel may drive the same 10 miles as a more fuel-efficient car, but the first vehicle has to pay more to drive the same amount of road.

Enter ClearRoad, a microtolling system already being piloted in Oregon and Washington.

The platform is technology-agnostic and uses a dongle, built-in vehicle integration or smartphone integration to track actual miles driven and bill drivers at the end of the month.

“People in Staten Island pay more than people in Queens, but you’re probably using the same amount of road,” says founder and CEO Frederic Charlier of traditional tolling. With ClearRoad microtolling technology, the founders hope to level the playing field.

“We want this to be as seamless and invisible as possible,” says chief evangelist Paul Salama of the system. “[We wanted to create] a transparent system that is fair.” 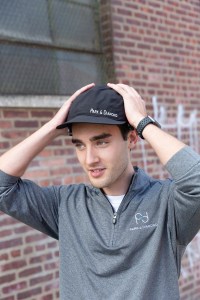 It’s a dilemma countless people have faced: they want to get somewhere quickly by riding a bike, but they don’t have a helmet on-hand because they don’t want to carry it around all day. In fact, more than 20 percent of bike commuters in the U.S. don’t wear helmets and, in 98 percent of bike crash fatalities in NYC, riders weren’t wearing helmets. But hypothetical statistics became all too real for Park & Diamond co-founder David Hall when his sister Rachel suffered a traumatic brain injury as a result of an April 2015 bike accident.

Within a few months, Hall and co-founder Jordan Klein had launched their effort to build a better bike helmet: a stylish, affordable and convenient one that people would actually use.

“Rachel actually owned a bicycle helmet, wore it pretty frequently, but just that day wasn’t,” Klein says. They reengineered the bike helmet from the ground up to create a stylish lid that looks like a baseball cap and can roll up to the size of a water bottle, making it easier to pack away on the go. Additionally, the helmet has a proprietary foam designed by former SpaceX engineers, which is as effective as a traditional helmet.

Thanks to the mentorship of URBAN-X, Park & Diamond has built tremendous buzz and has already raised more than 1,300 percent of its pre-order Indiegogo goal.

“As first-time founders, URBAN-X has opened doors for us that we wouldn’t be able to get through otherwise,” Klein says. 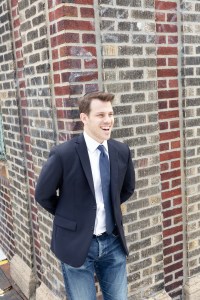 Raffi Holzer, founder of Avvir, realized that general contractors waste $1 trillion annually due to outdated building plans and reconstruction expenses while working in a robotics and modeling lab at Carnegie Mellon University.

“It’s incredibly difficult and expensive to keep plans up to date,” he says. “Architects have to redraw them every time [any element is changed].” In a rush to close projects and start turning a profit off finished buildings, building owners would skimp on finalized plans, and future repairs would often be based off of outdated building plans. Holzer paired his experience in the lab with new handheld scanners and created Avvir, revolutionizing documentation on construction and saving general contractors millions in expenses. By scanning projects as they’re completed, plans are updated in real time, mistakes are avoided and rebuilding is eliminated.

Holzer credits URBAN-X with “making sure that we were focusing on the right things at the right time” and creating a network of potential investors for the company. As he gets ready to launch the company, he says, the most exciting part of his involvement with the program is “about to happen.”

From MINI:
URBAN-X, a 20-week start-up incubator funded by MINI and Urban.Us, aims to groom the innovators who are changing the city of tomorrow. URBAN-X founders solve problems in the areas of built environment and real estate, infrastructure and industry, food, waste and water, public health and safety, energy and grid, govtech and civic solutions, and transportation and mobility, preparing to meet investors for fundraising. The program provides expert feedback and guidance on every aspect of entrepreneurship, including design, media training, fine-tuning user experience and more. To learn more about the next innovative class of companies or to apply, visit mini.com/urban-x.