In the final two episodes of “Silicon Valley,” the Pied Piper crew thumb their collective noses—and make several other hand gestures that cannot be described here—at a sure-fire $30 million in Series B funding, choosing instead to raise the money they need to finance their new distributed internet by using blockchain technology to launch a digital token crowd-sale, also known as an ICO. Why give up precious board seats and equity, the lovable high-tech misfits muse, when you can offer your users an opportunity to invest in your company and benefit from its success without blowing a hole in your balance sheet?

Yes, crowd-sales and the blockchain technology that makes them possible are definitely having a cultural moment, and Etherparty, a Vancouver, B.C.-based subsidiary of The Vanbex Group, is perfectly poised to benefit from the technology’s new high profile—once a hardcore coder’s delight, blockchain is about to become accessible to millions of consumers via easy-to-use apps. For Etherparty, that app is Rocket, its game-changing, end-to-end digital token and smart-contract creator, set to launch in the summer of 2018. In fact, Rocket is several steps ahead of the hit HBO series. Uniquely in the blockchain space, Rocket promises to bring the benefits of a crowd-sale and its underlying blockchain technology to non-technical users, from consumers to small businesses to enterprises—no CS degree from Stanford required.

The key to interacting with a blockchain, and thus the cornerstone of Rocket, is giving customers the wherewithal to execute Smart Contracts, using flexible templates designed for a range of use cases. 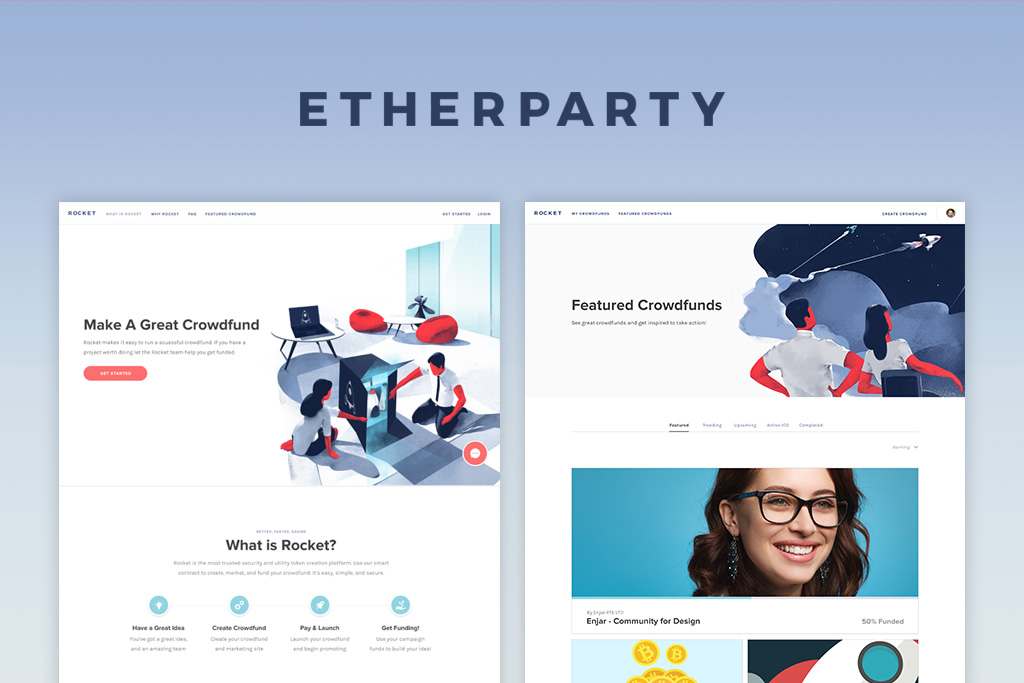 Etherparty is blockchain agnostic, which means when its first software product, Rocket, launches, Smart Contracts will be executable on either the Bitcoin blockchain, via Rootstock’s network, or Ethereum blockchains, with other networks soon to follow. Similarly, Etherparty’s services are paid for using its proprietary currency called FUEL, which is a transferable, ERC-20 compliant digital token that is deployed on the Ethereum network. FUEL tokens can be purchased directly from Etherparty using Bitcoin and Ether. Via a partnership with CoinPayments, FUEL tokens can also be purchased using any of the 55 cryptocurrencies supported by that popular payment gateway.

What really makes Rocket revolutionary in the world of blockchain, though, is its ease of use—the actors who play the genius coders on “Silicon Valley” would probably find it no more difficult to use than Snapchat. Unlike most smart-contract applications, Rocket can be used by entrepreneurs who don’t have the time or inclination to learn how to code in Solidity, the language of the Ethereum blockchain, which means consumers, small-business owners, and enterprise visionaries alike can execute Etherparty Smart Contracts in real time, leaving the work that really requires serious coding chops to developers. Etherparty is also developing an Enterprise API, which allows companies to convert existing business contracts into Smart Contracts with just a few clicks.

Consider the case of the ambitious gaming entrepreneur who’s looking to raise capital to develop a suite of mobile apps. Blockchains are the perfect fundraising platforms for such businesses because the tokens received by crowd-sale investors have two purposes. First, of course, the tokens are the currency given to investors in exchange for their investments, but the tokens can also be used in the entrepreneur’s gaming apps. Thanks to Rocket, creating Smart Contracts with conditions are simple. For instance, automating the distribution of funds is entirely governed by the rules Rocket lets a user set in the blockchain. Best of all, Rocket lets a user do all this from their phones. 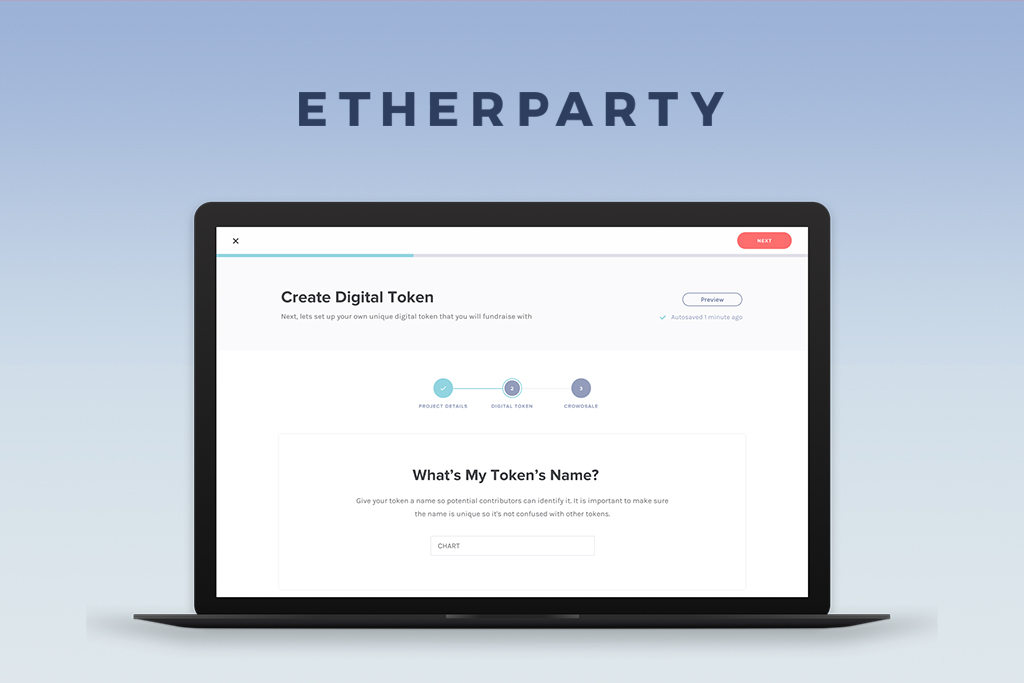 Beyond its ease of use, Rocket is also secure, recently winning accolades from two respected blockchain-software development firms, Iosiro of South Africa and CoinFabrik of Argentina, each of which was hired by Etherparty to review and scrutinize Smart Contracts for Rocket, which, naturally, are open-sourced on Etherparty’s Github repository. No major security risks were identified by Iosiro, which took the uncommon step of awarding Etherparty a cryptographically-signed “Proof-of-Work” badge that will be placed on the Etherparty website. For CoinFabrik’s part, it, too, found no real security problems, and praised the Etherparty development team for its practice of routinely conducting automated testing of contracts.

Still, even though Rocket is designed to be easy to use and is protected by rigorous, automated, security protocols, that doesn’t mean Etherparty doesn’t plan to interact with Rocket customers. In fact, before a new user can deploy a Smart Contract on Rocket, they will go through a diligence process to prevent the misuse of the platform and insure, in particular, that crowdfunding contracts on Etherparty follow acceptable standards. In addition, users can take advantage of live customer support, getting proactive guidance on everything from a first Smart Contract to the lifecycle of a crowd-sale. Etherparty also gives Rocket users marketing intelligence after a launch, including placement in Etherparty’s marketplace, all of which is designed to help make a user’s experience into the world of blockchain successful.

As for the guys and gals of “Silicon Valley,” what will their next act be? Well, Etherparty has two projects in R&D that could provide clues. One called Saturn is going to use blockchain technology to organize the world of supply-chain management. But another is called Hero, which Etherparty is developing to bring the benefits of the blockchain platform to charitable giving. As a storyline, we’re putting our money on Hero. After all, Hollywood loves a happy ending.