Artificial intelligence, driverless cars, a global 5G network, feared robotic overlords — these are all topics related to mobility, and more than 700 futurists, engineers, sociologists and other thought leaders gathered together in Ingolstadt, Germany earlier this month to discuss them at Audi’s annual MQ! Innovation Summit on the future of mobility.

Keynote speakers included Cory Doctorow and Steve Wozniak, who assembled to set a quotient for measuring mobility that governments, businesses and individuals can use as technology advances and our culture moves into the future.

“In the case of mobility we will see some dreams become reality that right now still seem very futuristic,” Wozniak said, adding that mobility will be one of the most influential fields in the future.

Audi believes that our mobility will change considerably with the integration of AI, which is why the company established the beyond initiative with the aim that AI will be applied for the benefit of society. When the car becomes a smartphone on wheels and it is connected to its environment, communicates with other cars and becomes a personal companion, mobility’s influence on our daily lives will strengthen substantially. That’s why we’ve partnered with the company to present five key takeaways from the 2018 MQ! Innovation Summit, as presented by its keynote speakers. 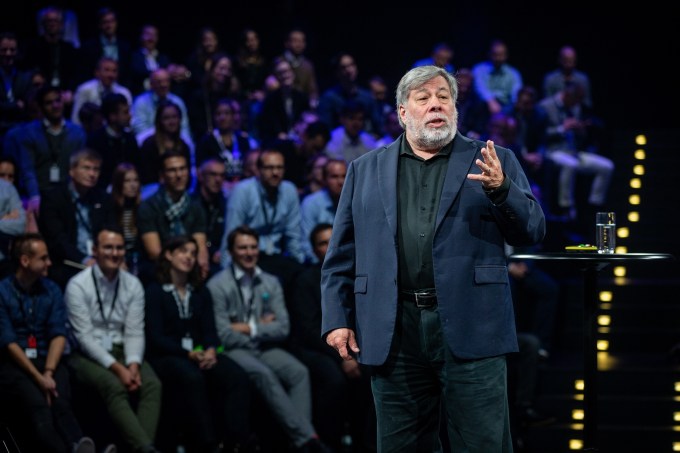 “Google can tell apart 80,000 dogs faster than any human, but it still cannot tell you whether it is a picture of a dog on the wall or an actual dog.” — Steve Wozniak

“So far you can only have a very limited conversation with your devices,” Wozniak said in his opening speech. While automakers have made great strides in autonomous technology and believe that there is a strong future for self-driven cars, Wozniak thinks that there is still room for development before we reach a so-called Level 5 – a fully autonomous vehicle. “I do believe that the development will take some more time but mobility isn’t only about the final product. [It’s] also about the systems that are developed along the way.”

For any inventors or founders in attendance he had two main pieces of advice: “Never underestimate the factor of luck.” And: “Always include the engineers in any kind of business decision. They are used to solving problems every day.” 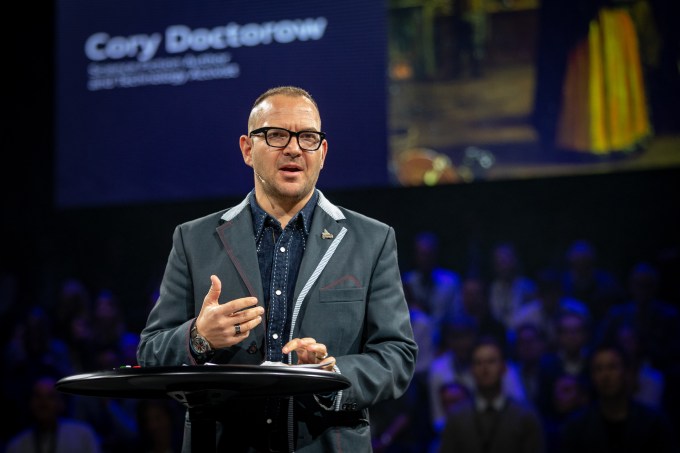 As a science fiction author and technology activist, Cory Doctorow gave a talk about digital rights and the meaning of free markets at the Audi MQ! Innovation summit. More than 700 participants were discussing questions about the future mobility and the idea of a mobility quotient at the headquater in Ingolstadt.

“We’re gonna end [some politicians’] political careers because they stood on the wrong side of net neutrality.” — Cory Doctorow

Cory Doctorow, the US-based science fiction author, editor and political activist, urged the audience at his keynote speech to take issues surrounding net neutrality more seriously — as seriously as they think about climate change and social injustice, adding that it is among the most pressing the issues of our time.

“The internet is not what we are fighting for, it is the tool we have to use to fight with,” Doctorow said. Doctorow is a special advisor to the Electronic Frontier Foundation, a non-profit civil liberties group that defends freedom in technology law, policy, standards and treaties. He compared today’s political stronghold on the internet to medieval times and worries that the internet has turned from its original democratic roots into a “constitutional monarchy” in which only a couple of US tech giants run the game.

It’s a dangerous development that Doctorow called “totally incompatible with capitalism,” as it rules out the possibility to compete for smaller companies and startups. “Competition is the right to invent without permission,” he said, pointing out that the current copyright infringement laws conducted in the US and Europe only protect the interests of market leaders. 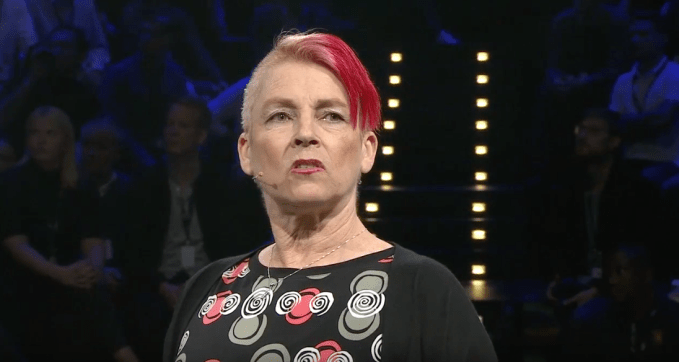 3. Robots Will Not Rule Us Any Time Soon

“Every robot I have ever seen has at least needed two humans to take care of them.” — Andra Keay

Robotics expert Andra Keay does not expect the planet to turn into Westworld in the near future. Rather than a world run by rogue robots, Keay said in her presentation at the MQ! Innovation Summit that she foresees many possible benefits of an increased robotic presence in our everyday lives. For instance, instead of replacing humans in the workforce, Keay says humans will need to fill positions in new categories of jobs that help maintain and pilot fleets of robots, and current technology is far from that point.

For robots to pose any real threat to the larger workforce, they’ll need to be able to multitask and copy human perception and mobility, and this is still in the earliest states of research, Keay said. “Robots still need human supervision.” 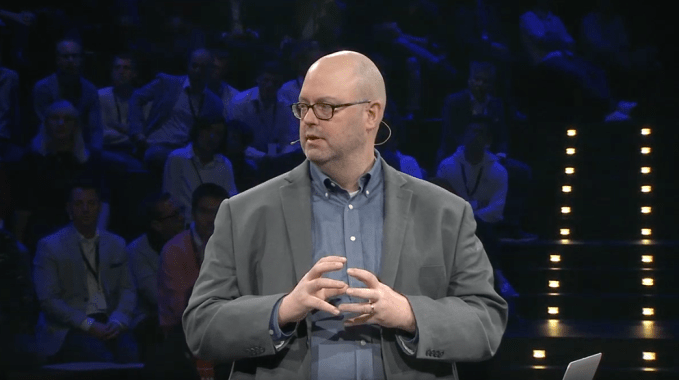 Futurist Alex Steffen speaks to the audience about climate change at the MQ! Innovation Summit 2018.

“The rate of change changes what is possible.” — Alex Steffen

When it comes to the bleak topic of climate change’s effects on our society, planetary futurist Alex Steffen offered a glimmer of optimism. Even though climate change’s effects are dire and “change [will] become the constant” rather than the extraordinary, Steffen said in his keynote that the need for prompt action could lead to faster development of new technologies.

“Our idea of the pace-of-change possible is already undermined,” Steffen said, and the more we collectively adjust to new demands, the more efficiently we’ll adopt to subsequent waves of new technology. This direction is foreshadowed in developing countries such as India and China, which have already begun to invest in smart cities and green technologies on a large scale.

“Changes in these leapfrog cities echo back to established communities,” Steffen said, implying that western cities might follow suit if they use India and China as examples, thus prompting a faster rate of change than previously imaginable. 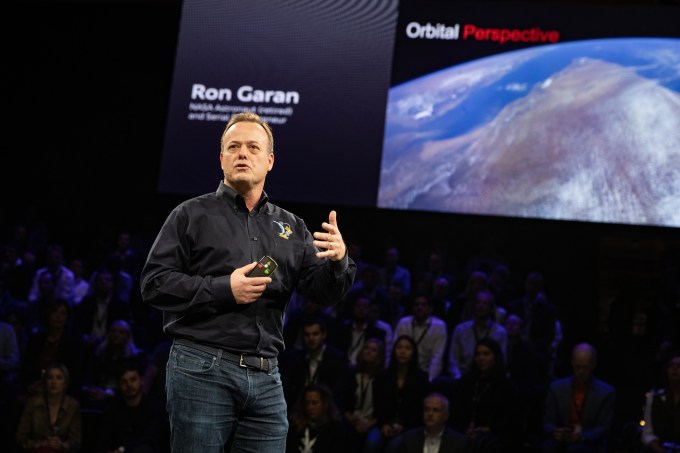 Ron Garan, former NASA astronaut, thrilled the Audi MQ! Innovation summit guests with his space experiences: “From an orbital perspective you cannot see national borders. We ´re one single family, traveling on a spacecraft called earth”.

5. We Have To Take An Orbital Perspective

“The two-dimensional image of a map with nation-states is no longer the appropriate guide post for our actions.” — Ron Garan

Ron Garan, a retired NASA astronaut, author and humanitarian, received standing ovations at the MQ! Innovation Summit of Audi after his fiery plea for a collaborative world based around a common future rather than competition and division.

Garan reminded the audience that this year marks the 50th anniversary of the Apollo 8 mission in which astronaut William Anders took the famous “Earthrise” image. Garan said the next generation of inventors and leaders would be smart to recall the importance of understanding humanity as one entity. “We are one people traveling through space together,” he said, urging the audience to ask themselves: “What would the world look like if we could take the same level of cooperation used by the 15 nations involved in the space station?”

Garan, a child of the Cold War and a former fighter pilot, described his personal voyage that led him into space on numerous missions that included a Russian spaceship with an international crew. He asked the audience to zoom out and take an “orbital perspective,” a philosophy Garan has long held which posits, that technology enables governments, industries, universities, research centers and the public to collaborate together across boundaries, cultures and borders. “The key to any and all success is We,” he says.

How can we measure mobility? Audi seeks to define a quotient to assess mobility — and that is the goal of the annual MQ! Innovation Summit held recently in Ingolstadt, Germany. Luminaries such as Steve Wozniak and Cory Doctorow met to explore topics to help define the future of mobility and to develop a standard as we all become better connected. For highlights from the recent summit, visit the-mobility-quotient.com.