Electric vehicles get the lion’s share of attention in the quest to lower the carbon footprint of transportation. But one critical element often gets overlooked, say executives at Swedish steelmaker SSAB: the steel that goes into them.

That’s a major oversight since an estimated 7% of the world’s CO2 emissions come from steel production. And, of course, it’s not just carmakers that use steel. Steel is also everywhere else in our society, including bridges, buildings, and a lot more. That means any technology that reduces emissions for steelmaking could also significantly reduce iron and steel emissions globally.

Steelmaking has been around for hundreds of years, but now a consortium of Swedish companies called HYBRIT — comprising SSAB, mining company LKAB, and energy company Vattenfall — has advanced the art into the 21st century by creating it in a fossil-free process.

“We all saw the need to challenge the current methods of iron and steelmaking since they are significant sources of CO2 emissions,” says Martin Pei, SSAB’s Chief Technology Officer. He says it wasn’t enough to go fossil-free for production. “We decided to create an entirely fossil-free value chain, all the way from the mining, iron ore processing to iron and steel production, including logistics services and electricity.”

Pei says, technology could reduce Sweden’s total carbon dioxide emissions by about 10% — equivalent to a third of the country’s industrial emissions.

Fossil-free steel is currently expected to cost more than steel made by conventional methods. But Pei says the cost gap will continue to narrow with rising carbon taxes and falling costs for fossil-free electricity. He’s convinced producers and customers will get on board. “Becoming fossil-free is a challenge all companies need to take on, and that includes changing both mindsets, committed to a new strategy as well as developing new production technologies.”

The HYBRIT iron-making process makes it possible to skip the blast furnaces. Instead, it uses hydrogen produced from water using electricity from fossil-free energy sources to remove oxygen from the iron. The result is no more carbon dioxide emissions since the only by-product is water.

SSAB estimates in a feasibility study that the cost for fossil-free steel to be approximately 20-30% higher than traditional steelmaking due to the investments still needed to retrofit and build new plants and the currently higher costs for renewable energy. But a saving grace is that the process is more energy-efficient. According to SSAB, one metric ton of fossil-free crude steel requires 4100 kWh to produce, compared to 5800 kWh — 41% more — for traditional steel production. 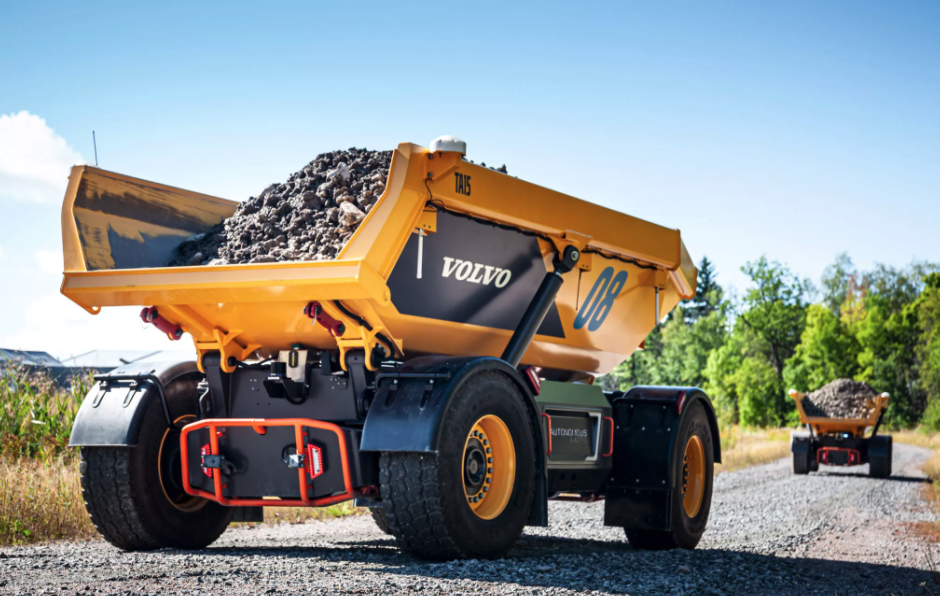 A fossil-free-steel first for vehicles

In October, the Volvo Group unveiled the first vehicle made of fossil-free steel from SSAB. Volvo produces its autonomous, battery-powered TA-15 dump trucks, including the one made with fossil-free steel, at its Volvo Construction Equipment factory in Braås, Sweden.

The machine, capable of hauling 15 tonnes of rock and other materials, is designed for quarries, mining sites, and other confined off-road work sites. At the unveiling, Volvo announced that more vehicles made with fossil-free steel would follow in 2022.

“This initiative with SSAB sets the benchmark for a fossil-free future,” said Martin Lundstedt, President and CEO of the Volvo Group. “Just as the nations of the world come together at COP26 to address climate change, so too must organizations and industries work in collaboration to develop innovative new solutions for a greenhouse gas emission-free future.”

Eva Petursson, Executive Vice President for Research and Innovation at SSAB, says more research, development, and cooperation are needed to take the fossil-free steelmaking process from prototype to mass production. Challenges include scaling up the technology and retrofitting blast furnaces at SSAB’s plant in Oxelösund, Sweden. “But,” Petursson says, “as we see demand for fossil-free steel from customers globally surging, we’re convinced that we will meet our ambitious timetable.” That timetable calls for commercial production of fossil-free steel by 2026.

In addition, Petursson says SSAB is committed to becoming completely fossil-free by 2045. “We seek to do so by challenging the way steel has been produced since the beginning by developing a new technology based on 100% reduction with hydrogen. SSAB is already one of the world’s most CO2-efficient steel companies. But we want to do more.”

Find out more about SSAB’s development of fossil-free steel at ssab.com/fossil-free-steel.