There is more to hackers than the criminal behavior you hear about on the news. In fact, ethical hackers protect our data every day. Hackers wear many hats, making them a colorful and often misunderstood group. Take a look at the different types of hackers. 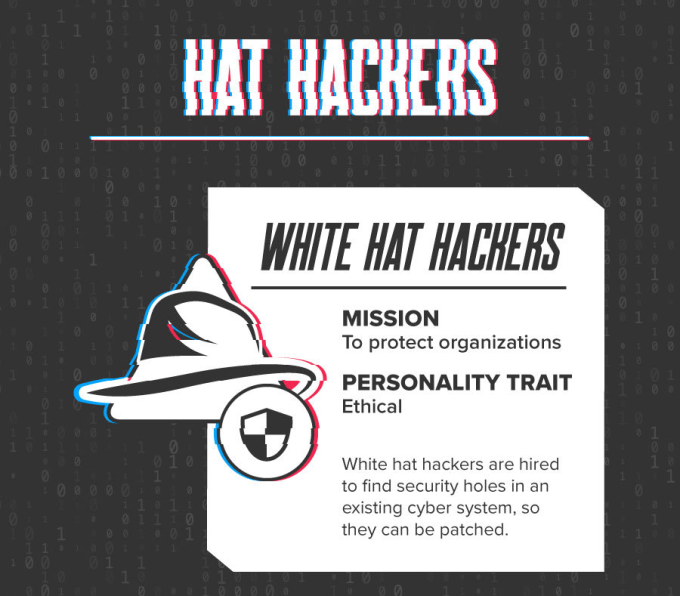 White hat hackers are hired to find security holes in an existing cyber system, so they can be patched. 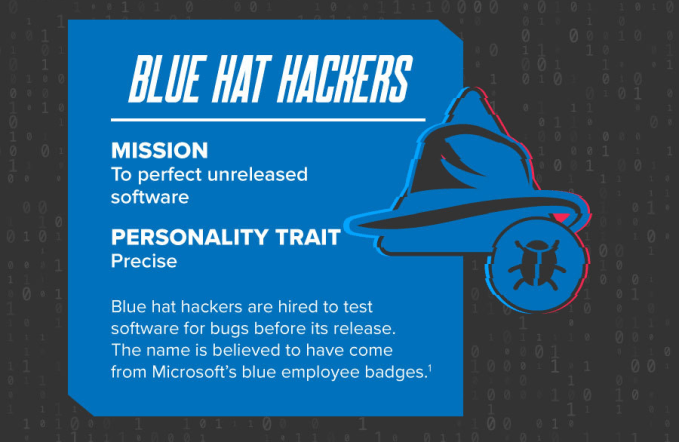 Blue hat hackers are hired to test software for bugs before its release. The name is believed to have come from Microsoft’s blue employee badges. 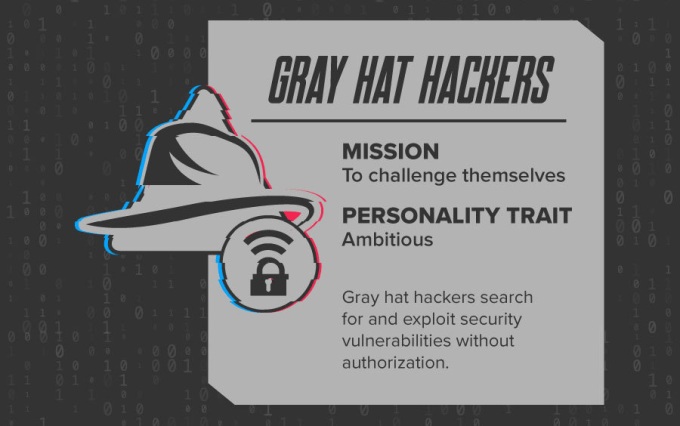 Mission: To challenge themselves 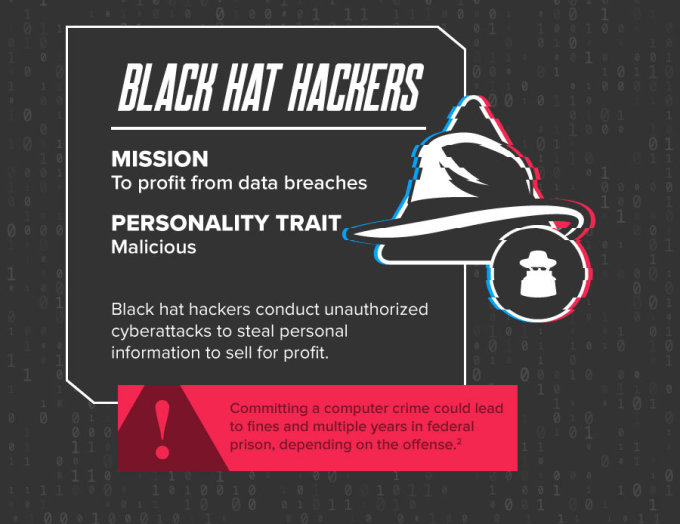 Mission: To profit from data breaches

Callout: Committing a computer crime could lead to fines and multiple years in federal prison, depending on the offense. 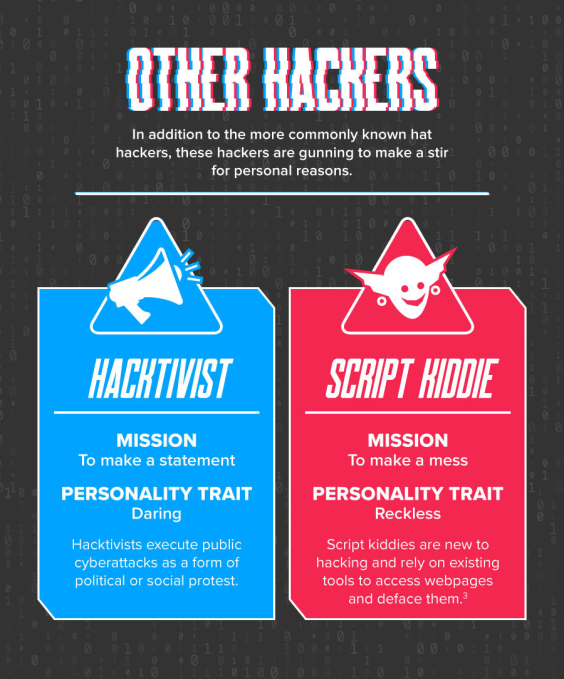 In addition to the more commonly known hat hackers, these hackers are gunning to make a stir for personal reasons.

Mission: To make a statement

Hacktivists execute public cyberattacks as a form of political or social protest.

Mission: To make a mess

Script kiddies are new to hacking and rely on existing tools to access webpages and deface them. 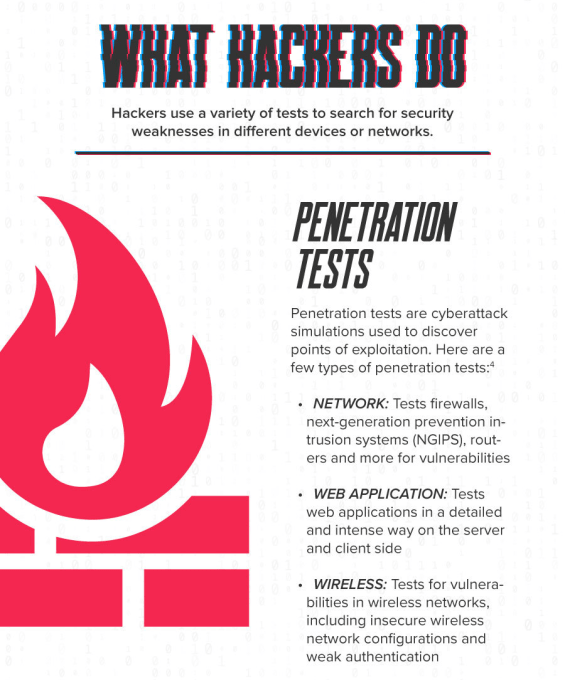 Hackers use a variety of tests to search for security weaknesses in different devices or networks. 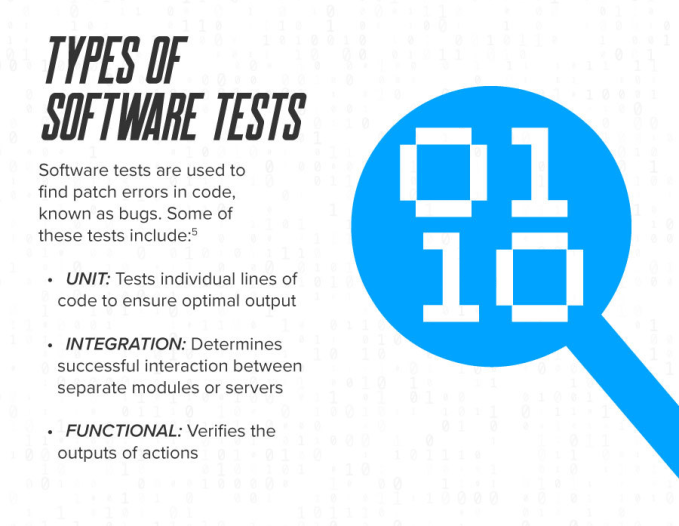 Software tests are used to find patch errors in code, known as bugs. Some of these tests include: 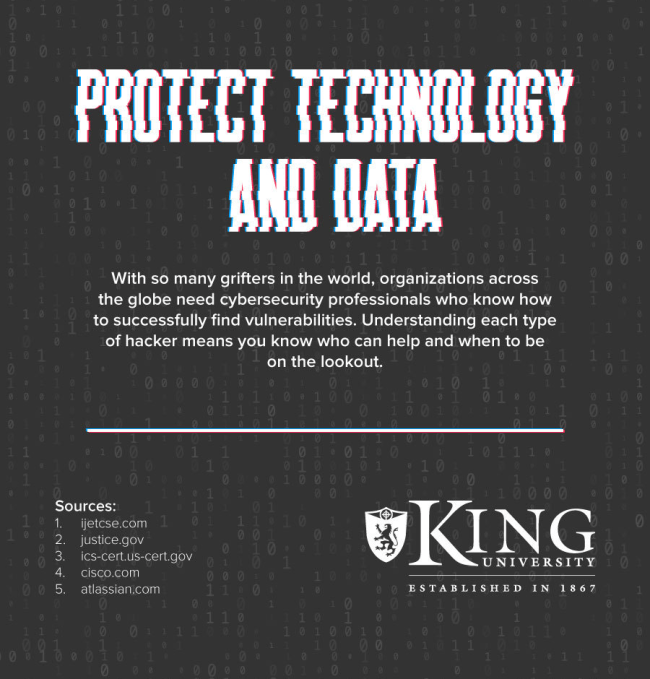 Understanding each type of hacker means you know who can help and when to be on the lookout. With so many grifters in the world, organizations across the globe need cybersecurity professionals who know how to successfully find vulnerabilities. The field is rapidly growing as businesses become increasingly dependent on technology to operate effectively and efficiently. To start your career in cybersecurity, consider an online IT degree from King University with a cybersecurity track.