Reliability as a competitive advantage

Over the last decade, cloud computing platforms have enabled online businesses to reach massive scale and empowered physical enterprises to bring their business online. But keeping these applications reliable is more challenging than ever. A sudden spike in traffic for an e-commerce giant on Black Friday, can cause failures where end users encounter blank screens and crashing apps. These events lead to a loss of customer trust, missed revenue targets, and are stressful for internal DevOps and SRE teams.

Modern web-scale apps are a complex network of inter-connected microservices that implement features such as account management, search, payments & more. This decoupled architecture has advantages but introduces new complex failure modes. When traffic surges, it can result in a queue buildup on a critical service, kick-starting a positive feedback loop and causing cascading failures. The application stops serving responses in a timely manner and critical end-user transactions are interrupted. 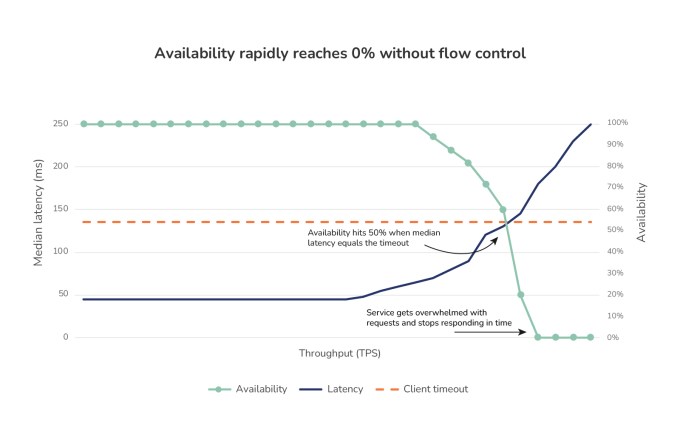 Applications are governed by Little’s Law, which describes the relationship between concurrent requests in the system, arrival rate of requests, and response times. For the application to remain stable, the concurrent requests in the system must be limited. Indirect techniques to stabilize applications such as rate-limiting and auto-scaling fall short in enabling good user experiences or business outcomes. Rate-limiting individual users is insufficient in protecting services. Autoscaling is slow to respond and can be cost-prohibitive. As the number of services scales, these techniques get harder to deploy.

This is where flow control comes in. Applications can degrade gracefully in real-time when using flow control techniques with Aperture, by prioritizing high-importance features over others. 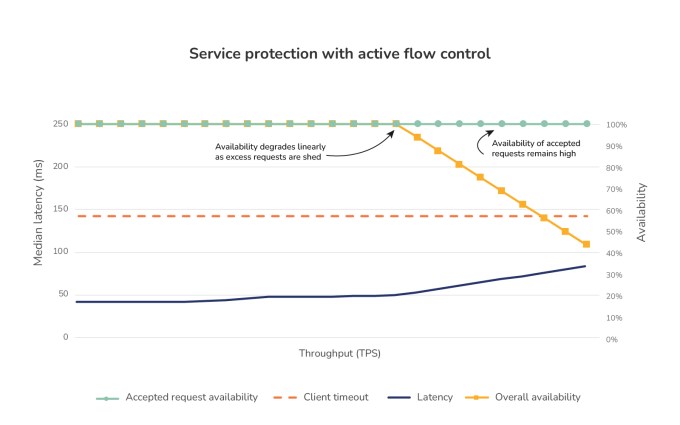 The flow control technologies used by teams at LinkedIn, Google, Netflix, Stripe, and others have been years in development. But most companies don’t have the luxury of building these in-house. This is why we are excited to release Aperture as an open-source project – just as Kubernetes democratized deploying cloud infrastructure, we hope to democratize building reliable applications with effective flow control.

At the fundamental level, Aperture enables flow control through observing, analyzing, and actuating, facilitated by agents and a controller.

Aperture Agents live next to your service instances as a sidecar and provide powerful flow control components such as a weighted fair queuing scheduler for prioritized load-shedding and a distributed rate-limiter for abuse prevention. A flow is the fundamental unit of work from the perspective of an Aperture Agent. It could be an API call, a feature, or even a database query.

Graceful degradation of services is achieved by prioritizing critical application features over background workloads. Much like when boarding an aircraft, business class passengers get priority over other passengers; every application has workloads with varying priorities. A video streaming service might view a request to play a movie by a customer as a higher priority than running an internal machine learning workload. A SaaS product might prioritize features used by paid users over those being used by free users. Aperture Agents schedule workloads based on their priorities helping maximize user experience or revenue even during overload scenarios.

Aperture Agents monitor golden signals using an in-built telemetry system and a programmable, high-fidelity flow classifier used to label requests based on attributes such as customer tier or request type. These metrics are analyzed by the controller.

The controller is powered by always-on, dataflow-driven policies that continuously track deviations from service-level objectives (SLOs) and calculate recovery or escalation actions. The policies running in the controller are expressed as circuits, much like circuit networks in the game Factorio.

Aperture’s Controller is comparable in capabilities to autopilot in aircraft or adaptive cruise control in some automobiles. 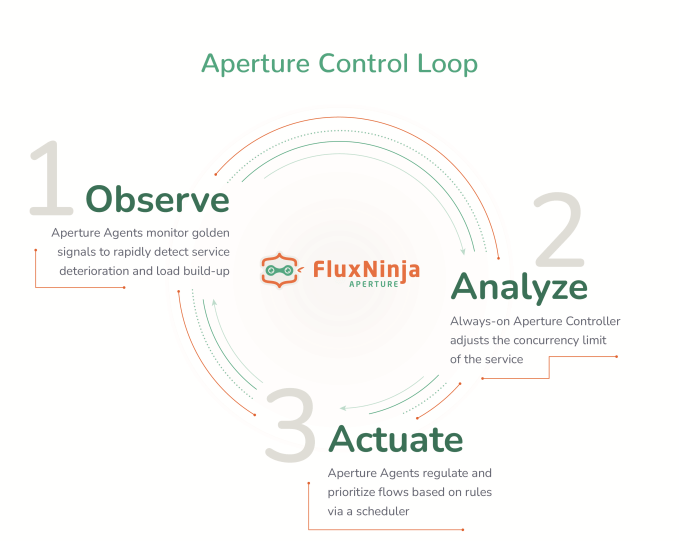 Aperture can be inserted into service instances with either Service Meshes or SDKs:

Bringing it all together

Our team at FluxNinja is no stranger to the plight of DevOps and SRE teams and the operational challenges they face. We previously built Netsil (acquired by Nutanix) which pioneered a network-centric approach to microservices monitoring. Aperture results from technical insights and customer perspectives gathered over many years of operating directly in the field with large-scale web applications.

We invite operators and enthusiasts to try out Aperture and to engage with our developer community.

Reliability can be a significant competitive advantage and at FluxNinja we believe that the path to reliability at web-scale begins with implementing effective flow control.