The American chip giant Qualcomm recently relied on high-tech developments from Austria, just like the French pharmaceutical company Sanofi, which is aiming to strengthen its vaccine business through an acquisition in Austria. In November 2021, Qualcomm took over the Austrian technology firm Wikitude because it believes in the market breakthrough of its smart glasses. In December, Sanofi extended its research platform for mRNA vaccines by purchasing the Vienna-based biotech company Origimm. There is a good reason why Austrian startups have attracted the attention of multinationals. This is because entrepreneurs can leverage ideal conditions here for outstanding innovative developments, based on a fruitful ecosystem and sufficient financing, especially in the early phase.

Tech, fintech and biotech startups stand out thanks to their innovations. For example, Wikitude in Salzburg is a pioneer for augmented reality (AR) via screens, mobile phones or smart glasses. For its part, Origimm specializes in skin diseases. Its vaccine-based immunotherapy against acne is now in the testing phase. The digital direct bank N26 also relies on the Austrian business location, as demonstrated by the opening of its new global technology and innovation center in Vienna. In addition to the deep-felt connection with the capital city on the part of the Austrian-born founders Valentin Stalf and Maximilian Tayenthal, and the desire to give something back to the country, the outstanding ecosystem for startups was also a key factor in this decision, according to N26 Austria Managing Director Christian Strobl.

National venture capital firms such as Speedinvest as well as numerous business angels invest millions of euros in convincing concepts. Austrian investor groups are leaders, especially in early-stage investment rounds. According to the EY Start-up Investment Barometer, 70% of investors in pre-seed financing rounds and a notable 56% for seed and early stage financing came from Austria in the first half of 2021. N26 profited from this. “We had several angel investors from Austria in the early stage of N26. There is strong public sector funding, particularly in the early stage, but now quite a lot of available private capital as well,” Christian Strobl states.

Laura Egg, Managing Director of the Austrian Angel Investors Association (AAIA), emphasizes how important support is in the initial stages of founding a company and how well-positioned Austria is in this regard. “Well-developed early-stage financing based on public funding, angel investments and venture capital funds have succeeded in building up innovative, scalable and internationally recognized Austrian startups in the last few years. In particular, angel investors support young companies with know-how, their networks and private capital, making an essential contribution here”, Laura Egg explains. 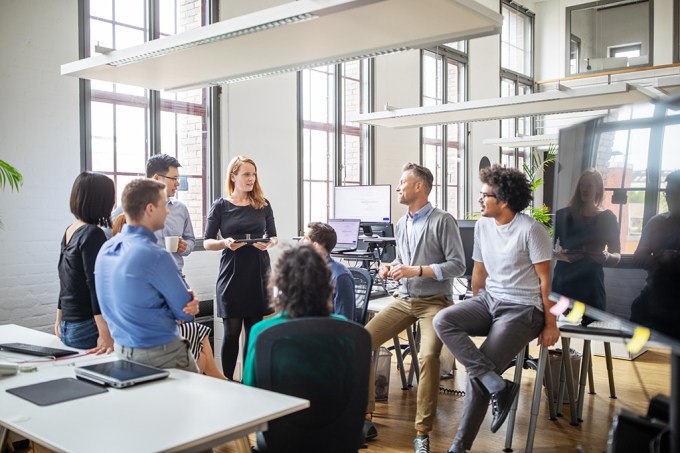 The favorable development of the Austrian startup scene in recent years is also reflected in the latest figures for 2021. The entire value of investments in Austrian startups in the first half-year rose to € 518 million, already making 2021 a record year. The focus was primarily on the two Austrian unicorns* GoStudent and Bitpanda. GoStudent not only raised € 205 million from investors in the last round of financing, but the platform for digital private lessons and online tutoring developed by Felix Ohswald and Gregor Müller is in the midst of becoming the preeminent firm in education, similar to Apple, Google and Coca-Cola in their respective sectors. The news agency Reuters says GoStudent is now Europe’s highest valued edtech company.

In the meantime, Bitpanda has become the largest supplier of cryptocurrencies in German-speaking Europe. Last year, the company generated revenue of € 55.3 million and entered into a partnership with the French neobank Lydia recently. Lydia customers have thus gained access to a large variety of digital assets, making trading possible in cryptocurrencies, precious metals and fractional shares.

“The two unicorns, GoStudent and Bitpanda, are outstanding flagships which have attracted strong international attention to the local startup ecosystem and have emphatically put Austria on the map of international investors,” says Florian Haas, Head of the Startup Ecosystem at EY Austria. “The fact that there were several larger multi-million financing rounds in the first weeks of the second half-year underscore this positive development”, he adds. Christian Strobl of N26 is convinced that Austria can definitely keep up with the others in international competition. “It is nice to see that the ecosystem has developed very strongly in recent years. We also hope that our office in Vienna will contribute to strengthening the ecosystem.”

Austria wins out with a high quality of life

According to Strobl, Austria also scores points because of its highly trained skilled employees. “We are extremely satisfied with our team. In addition to Austrian nationals, we have also been able to lure international tech talents from our base in Vienna. At N26, we are very proud to be a strong employer brand in the European high tech and startup sectors, attracting talents from all over the whole. In this respect, Vienna has two major advantages for us. It is a very attractive location for high-tech talents from Eastern European countries, and at the same time we can get very experienced professionals to come to Vienna due to the high quality of life. In some cases, they move here with their entire family. Berlin is sometimes a bit too “hip” for them.”

What is ABA and who is behind it?

INVEST in AUSTRIA is the department for business location projects of the national investment promotion consultancy Austrian Business Agency (ABA), which is owned by the Federal Ministry for Digital and Economic Affairs. As the first point of contact for international companies, INVEST in AUSTRIA provides unbureaucratic support and customized solutions for all business location issues and market development as well as data and facts on Austria as a business and research location. ABA services for investors are free of charge. Here you can find out more.