Cloud tech companies are facing a significant cloud skills shortage, making it hard to hire people and difficult to make sure their current workforce’s skills are up to date. Australia- and U.S.-based Saasguru wants to narrow the gap with an edtech platform designed for new graduates and tech workers who want to become better at using cloud platforms like Salesforce or AWS. The company announced today it has raised a seed round of $4 million AUD (about $2.7 million USD) led by Square Peg Capital, along with returning investors Black Nova and Antler.

Saasguru’s last funding was nine months ago, when it raised a pre-seed round of $1.3 million AUD. The company was founded in 2021 by Amit Choudhary, Atif Saad and Prateek Kataria. Choudhary and Saad sold their last startup SaaSfocus, a Salesforce consulting company, to Cognizant in 2018.

So far, Saasguru has been used by 40,000 students in 20 countries and has worked with 20 cloud consulting companies that want to train new workers, as well as refresh the skills of their existing teams. Its students range from new graduates who are starting their first jobs in cloud tech to professionals who want to earn more training certificates.

The search for people with cloud computing skills in the Asia-Pacific region is urgent, with a report by AWS showing that workers needed will triple by 2025, going from 37 million workers in 2020 to 109 million. Saasguru wants to help its learners become ready for cloud tech jobs, while creating more talent at scale. 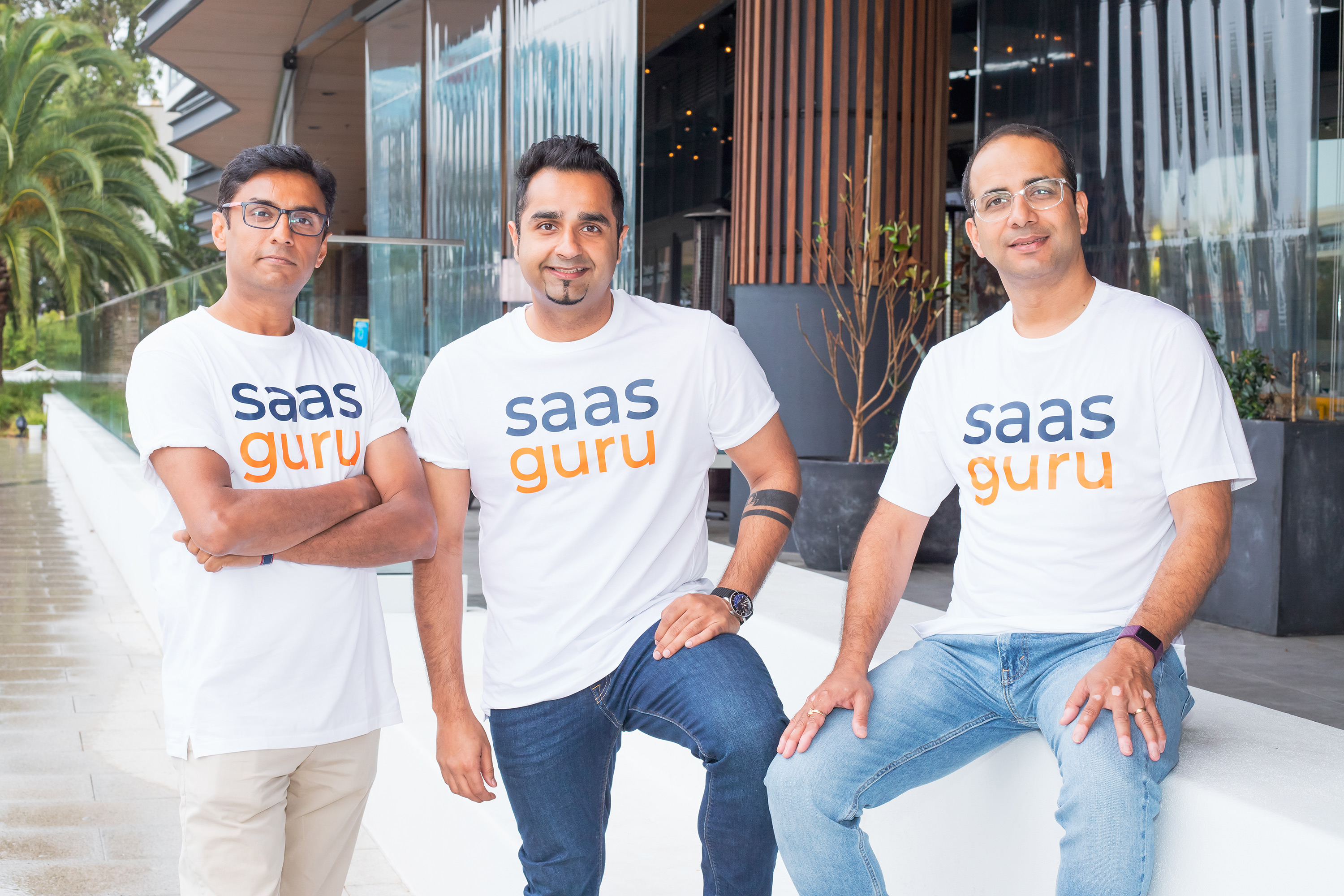 Choudhary told TechCrunch that the idea for Saasguru was planted while he and Saad were still working on SaaSfocus and struggled to compete for talent with large cloud consulting companies.

“This forced us to look at organic talent creation by hiring people from diverse non-technology backgrounds and upskilling them through a homegrown program tailor-made for Salesforce job readiness,” he said. “This became a bit of a ‘secret sauce’ for us and it helped us scale the business to over 360 consultants, with over 80% of them being trained through this program.”

After selling SaaSfocus, Choudhary and Saad used this approach in a pro bono program to help people get new jobs during COVID by teaching them Salesforce skills. Of the 50 people who took part in the program, almost all got placed in Salesforce-related jobs.

“It was the lightbulb moment when we realized this could be scaled with tech into a global business,” Choudhary said. Saasguru was launched in early 2021, combining the components of the pro bono program with a deep tech platform.

Saasguru’s 15 programs include ones for learning Salesforce, ServiceNow, AWS, GCP and Azure. It plans to use its funding to add more cloud certifications. Choudhary said Saasguru personalizes courses, which can take from 30 hours for a self-paced cloud certification program to 300 hours for a career bootcamp, by using a two-step process. The first step is an initial assessment that analyzes the readiness of a learner and creates a learning pathway for them. Then as they start taking a course, the platform recommends the next best step to take.

Saasguru acquires customers by running free webinars with its teachers, or gurus. They also offer free one-on-one mentoring sessions on careers and interview tips and certifications, and they run a Slack community. Saasguru serves both individuals and cloud consulting companies that want to build the skills of new and existing employees.

In a statement about the funding, Square Peg Capital principal Lucy Tan said, “There is a massive cloud skills shortage in the industry that is slowing down digital transformation initiatives undertaken by businesses. Universities are not well equipped to solve this skills shortage as the skills update so quickly. This means post-university upskilling is critical for continued business growth and Saasguru provides a personalised learning pathway for cloud professionals to embark on, helping them get skilled and certified in cloud technologies. This can make a meaningful impact on people’s lives from either landing them in a new career or getting salary increases.”