Temu, a shopping app operated by the parent firm of China’s e-commerce giant Pinduoduo, has risen from obscurity in the last few months. After becoming the No. 1 shopping app in the U.S. App Store back in September, the marketplace took the crown of free U.S. iPhone apps across all categories on November 12 and has since held onto the top seat. It has also been the top free Android app in the U.S. for two weeks. 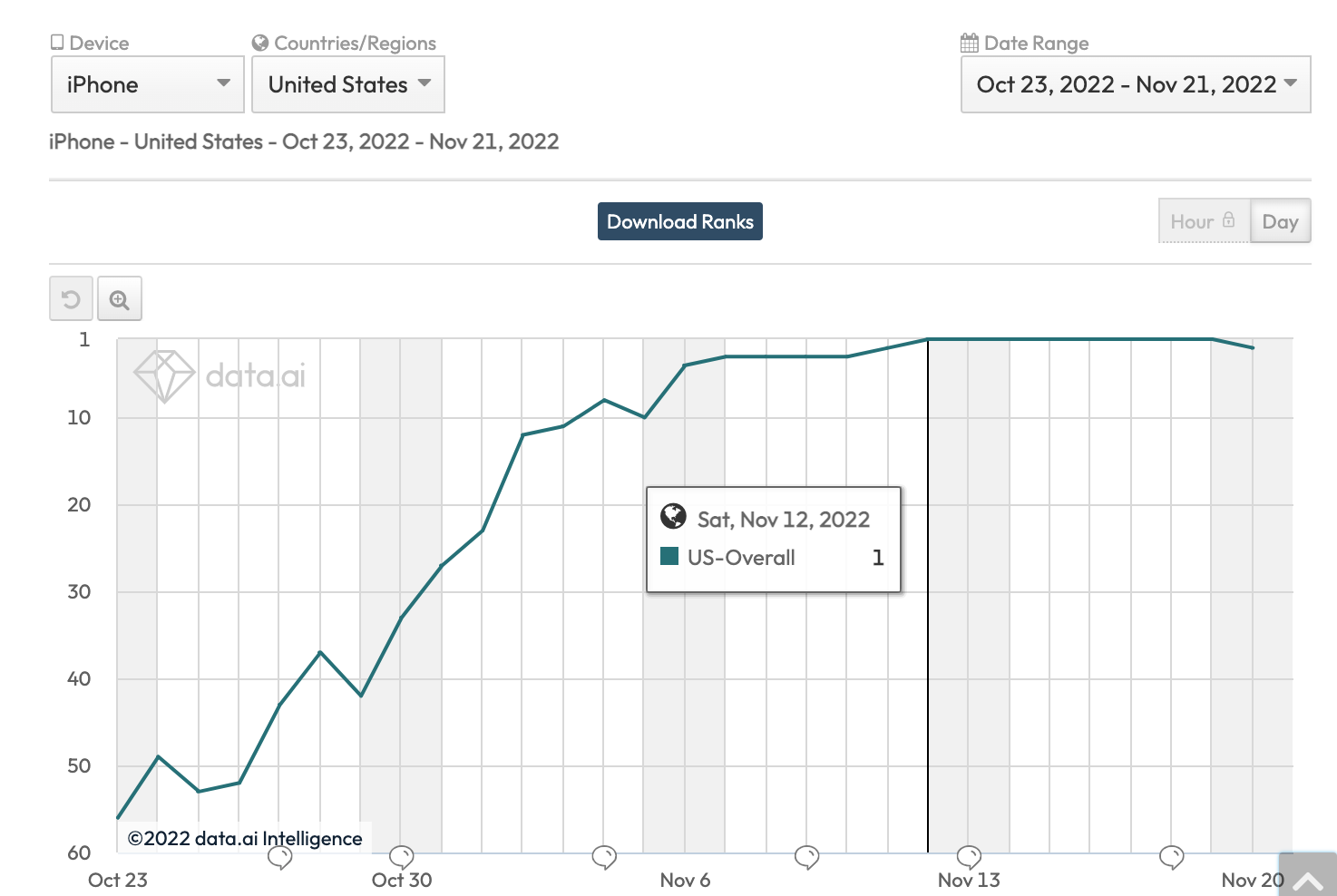 To date, Temu has seen a little more than 5 million installs in the U.S., according to app analytics firm Sensor Tower. The U.S. is the app’s biggest market, representing 97% of its total of 5.2 million worldwide installs since it launched at the end of August, says Sensor Tower.

The rapid ascendence of Temu, which is pronounced “tee-moo.” is perhaps not a big surprise given the generous subsidies it’s throwing at users. It’s a bazaar with a wide range of products priced at Wish’s level. Temu is able to be so affordable thanks to the well-established supply chain that Pinduoduo has built over the last seven years in China, which tries to source from manufacturers and bring the goods directly to customers with reduced intermediary costs.

Indeed, the e-commerce firm writes on its website that “[As] a member of PDD Holdings, Temu works closely with its global network of suppliers and logistics partners to create and curate quality products for consumers to enjoy the conveniences and comforts of life.”

Pinduoduo, founded by Google China’s early employee Colin Huang, has managed to become a rival to Alibaba by offering cheap factory-to-consumer goods, but its other hook is gamification. Users are encouraged to play casual games in the app, such as its viral fruit-growing game, and are also coaxed into sharing deals with friends in exchange for free products. The app even shows a little progress bar, adding a touch of excitement, to show how many more social shares are needed before one can redeem the gift.

Users can also join group deals with strangers to secure deep discounts on premium items like expensive skincare products and iPhones, hence the app’s name Temu, which is roughly short for “team up, price down.” Temu can’t be making much money from its deeply subsidized products, so it’s yet to see if it can continue to lock users in when the discounts start to scale back.