The robotaxi service is now available to employees 24 hours a day. Eventually, these expanded operating hours will be available to the public. The bolstered hours are the latest expansion of the GM subsidiary’s driverless operations in San Francisco.

Cruise opened its driverless robotaxi service, in which there is not a human safety operator, to the public in early 2022. Initially, the rides were free, limited to small portions of the city and only offered between 11 p.m. and 5 a.m. That service has expanded over time. Cruise began charging for rides in June 2022.

Today @Cruise launched *daytime* driverless rides. Service is live for Cruisers and will launch to the public soon.

First ride was this morning around 8:30 am: pic.twitter.com/tRpFLt9DWM

Today, public customers can hail (and are charged for) driverless rides between 10 p.m. and 5 a.m. About 70 Cruise AVs are operating in the service. Cruise has about 300 AVs across its operations in San Francisco, Austin and Phoenix.

Fares include a base fee of $5 and a $0.90 per mile and $0.40 per-minute rate. A 1.5% city tax is also included in the price. An estimated fare is calculated using the estimated time and distance of the fastest, most optimal route. Cruise shares that estimate fare with customers and will charge that amount if the time or distance of the actual ride takes longer. Cruise doesn’t have surge pricing. 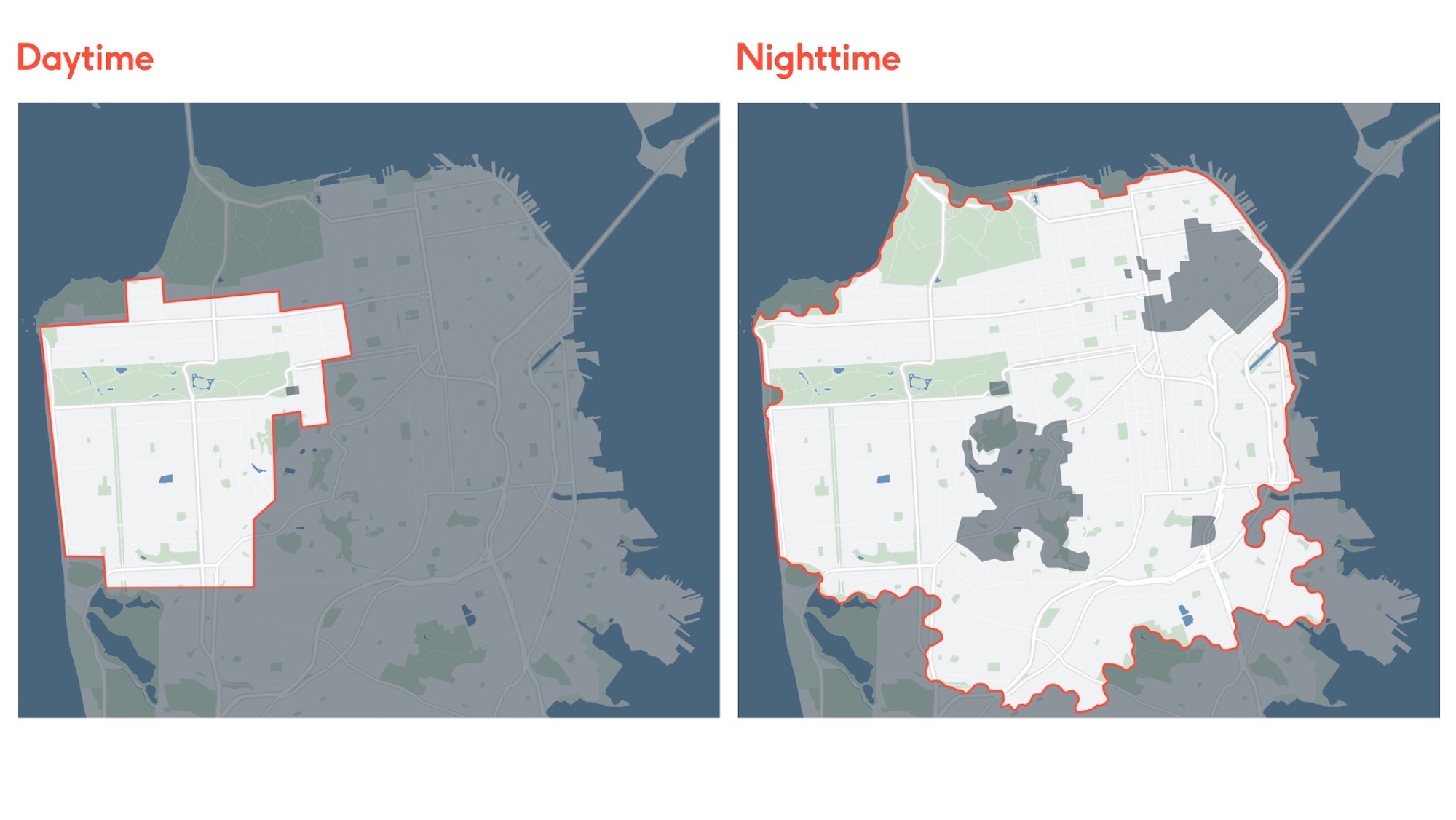 Earlier this month, Cruise expanded its service area to most of San Francisco. For now, that expanded area is only available to employees.

Cruise is also expanding operations to Austin and Phoenix. In October, the company invited potential passengers in Phoenix and Austin to join the waitlist to be among the first robotaxi passengers. During GM’s third-quarter earnings call, Cruise CEO Kyle Vogt said the company remains on track to complete its first commercial driverless public rides and deliveries by the end of the year.

Cruise will likely follow a similar playbook in Austin and Phoenix as it has in San Francisco, albeit at a faster pace considering both locations are in states with fewer regulatory hurdles than California. In San Francisco, Cruise typically starts with its own employees and then opens it up to the public. The service area and hours also start small and grow, each time being first offered to employees.