Motional, the Hyundai-Aptiv joint venture that aims to commercialize autonomous driving technology, announced last week its partnership with Uber to bring robotaxi services to North American cities over the next 10 years.

The Uber deal comes off the back of similar partnerships with Via and Lyft to launch robotaxi services in Las Vegas. Sensing a pattern emerging, we reached out to Akshay Jaising, Motional’s new VP of commercialization, who joined the company in July after doing a stint as the director of business development at Kitty Hawk, the electric aviation startup backed by Larry Page that shut down last month.

Jaising ran us through the different aspects of Motional’s go-to-market strategy. The upshot? Motional sees partnerships as a way to meet the customer where they already are.

The following interview has been edited for length and clarity.

TechCrunch: Lyft, Via and now Uber. It looks like Motional thinks partnerships are really the way to go. Can you walk me through your thinking?

Akshay Jaising: The way we view it is we have limited resources. Our core competency is building the autonomy stack, right? We want to stay focused on doing that piece. There’s other companies like Uber and Lyft that have developed a network for folks to hail rides.

We think it makes sense to partner with them especially as the technology matures because we’re taking a very customer-centric view. As a customer, you want to go to one app to get from point A to point B and you want all the options you need to get there.

So we want to be part of that concentration set. It allows us to make our technology accessible to millions of riders. People who are used to using an app are now going to be delighted and surprised to see ‘Oh, there’s an option to take an autonomous car from Motional!’

It also gives us a little bit more runway as the technology matures. Initially, we expect smaller deployments. As we mature, you will have larger scale, and you’ll be able to sell more routes.

Taking the pathway of trying to create our own app would be more challenging from a customer perspective. If you open an app and there’s not always a ride available, it doesn’t meet your needs and you’re going to stop checking that application. Versus seamlessly integrating into your day-to-day mode of transportation and you get an option now to use an autonomous vehicle.

Cruise and Waymo seem to be more vertically integrated at this stage, as both the tech provider and operator. Is that something Motional would consider in the long run?

When it comes to scaling, it’s a unit economics discussion, and that’s where I think partnerships become critical. The ecosystem includes mature businesses that have done pieces of that value chain over time, and have become really good at it. And with that, they’ve got cost efficiencies that they’re able to translate to value for a customer.

Could we try to do everything? We could. But could we do it most efficiently and at a price point where the customer can actually benefit? How do we do it profitably and deploy at scale? And that’s where I think the partnerships are really important.

What does it look like selling this technology to ride-hail platforms? Like, is Motional essentially the gig worker with their own car in this scenario? 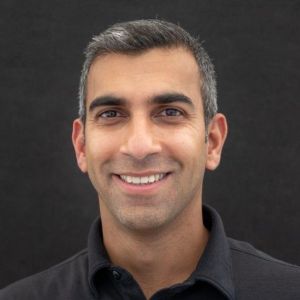 Without getting into the specifics of the agreement, at the high level, Motional is the provider for vehicles on the Uber or Lyft platform. That’s not to say this couldn’t change in the future.

There are companies that are really good at fleet management, and maybe there’ll be merging partnerships in that space, as well. But right now we are doing the entire soup to nuts — not only developing the tech, but it’s our vehicles.

It’s our partnership with Hyundai that allows us to offer a customized experience. Our value proposition is we have great technology but we also have thought about the customer and integrated key features into the vehicle based on that. So for example, we have cameras for in-cabin monitoring, which are well integrated.

We have customer assistance buttons on the exterior of the car, so if you have issues with unlocking the car with your app, you can actually request assistance. So we bundle that as a service and we’re like okay, here’s why a partnership with us can help you scale and offer an additional option to your customers.

Are you trying to come into cities fully driverless from the get-go?

Everything we do is focused on safety and scaling when we are ready. At this stage, we feel the right approach is to go drivered first.

So we’ll have a fleet of drivered vehicles and then as the technology matures — we’ve got certain metrics and milestones we have to hit — we’ll take the driver out of the vehicle, so it would be a phased approach.

Would Motional be interested in working with an OEM to build a purpose-built AV, like Cruise with its Origin?

We just launched our partnership with the Hyundai Ioniq 5s, and we’re focused on that. We have nothing to share beyond that, but we’re constantly thinking of what’s next.

Would Motional pursue a commercialization route of integrating your tech into private passenger vehicles?

Right now, the technology is expensive, which is why we’ve taken a fleet-first approach. When you look at personal car ownership, the challenge is because the cost is high, it’s gonna be a small segment who buy it, and people use their cars maybe two hours a day, right?

So they’re not fully utilizing this expensive asset. Deploying it in a fleet, we get a lot of exposure to the technology, we have the chance to advance it and bring the cost down. So I think down the road, there will be an opportunity to start integrating Level 4 autonomy into mainstream vehicles, but we think that’s phase two, you know, probably five to seven years at least down the road.

In the past, you worked at Kitty Hawk and you were at Waymo. What have you learned from those experiences that you’re bringing into your new role?

I grew up in Mumbai — 18 million people, super-congested, right? I love cars, but this is not what I dreamt about when I thought about driving, to be stuck in 10 miles per hour traffic all the time. So it really pushed me to think about there has to be a better way for people to get around, and how do you make that happen?

I started with GM working in strategy and sales, launching Chevrolet in Southeast Asia, and I enjoyed that, but I didn’t feel like we were moving the needle on doing something different. Then in 2016, GM strategically made some interesting moves — they acquired Cruise, invested half a billion in Lyft and started Maven, which was car-sharing. I got super-excited about car sharing, like maybe that’s the solution to get people to reduce cars on the road.

Uber and Motional to launch robotaxis across US over 10 years

I joined the strategy team and worked on bizdev so I learned a lot about acceptability and usage and patterns and how do you actually deploy these vehicles at scale from the fleet management perspective. Interestingly, with Maven, I also had the chance to rent cars to Uber and Lyft drivers. That gave me a deep understanding of the unit economics of how hard it is for the gig economy worker to actually get the flexibility — it’s a pretty hard job and they have to work a lot of hours to make a lower minimum wage. It gave me an appreciation for what it takes to deploy a fleet at scale. It comes down to how do you improve utilization? It’s all about uptime.

That set me up for my next step at Waymo, focused on bizdev and partnerships. I got tapped to work on scaling an autonomous business, thinking about customer support and fleet management. So I worked on partnerships with AutoNation, Avis, some of those companies to see how we could do it more efficiently. This is all to say I’ve got a broad view of the automotive industry and I’m excited to exercise a lot of that muscle at Motional.