Blockchain has quickly evolved beyond its financial origins and crypto pump-and-dump frenzy. From agricultural companies to auto manufacturers, established sectors have come to embrace the decentralized technology. But as with other nascent fields, web3 has a shortage of skilled programmers that is hindering the creative growth of the industry. That’s a gap that SettleMint is trying to close with its low-code platform for blockchain engineers.

“Less than 1% of developers in Europe have any experience in web3,” observes SettleMint’s co-founder and CEO Matthew Van Niekerk. People learning Solidity from scratch could take anywhere from three to 18 months to hone their skills in the Ethereum programming language, he tells TechCrunch in an interview.

The company’s solution is a tool that does away with a lot of the blockchain programming complexity and allows developers to create decentralized applications within “a couple of weeks.” The development platform is chain-agnostic, meaning it’s compatible with both private, permissioned networks and public, permissionless ones.

Marketplaces like OpenSea have lowered the barriers to entry for NFT creators, but the utility of blockchain is far more than authenticating the ownership of a JPEG. One of SettleMint’s customers is a university in Indonesia that created a parallel blockchain-based voting system for the country’s 2019 election to ensure fair results. Another user, the state of Jharkhand in India, implemented blockchain to track and add transparency to seed supply chains. In the financial realm, banks are using SettleMint to tokenize security products to enable immutable and instant transactions.

A blockchain-as-a-service business tailored to organizations doesn’t really deliver the level of stunning growth seen in flashy GameFi or NFT startups. But SettleMint, which is headquartered in Belgium with teams in the UAE, Singapore and India, is exactly the type of “builders” investors hunt down during crypto winter.

“Now is the period where there’s a lot of real serious work being done. Companies are not here to drive a token price but ask how we can use this technology,” says Van Niekerk.

“We are kind of the boring one in the group. We’re like a blue-chip player, so the discussion with different investors last year was difficult. But with a down market, suddenly [investors are saying] this company has a real business model with real subscription income. It’s not about the hype and they’ve been in the market for so long.”

The shifting sentiment is what drove SettleMint’s most recent fundraising close, an oversubscribed €16 million Series A round co-led by London-based venture capital firm Molten Ventures, an investor in UiPath and Revolut, as well as Europe-focused OTB Ventures. SettleMint is “capital efficient” according to its CEO, so despite being around for six years, it had only raised €7.6 million prior to its Series A.

Other investors from the round include Fujitsu Ventures, Allusion and Bloccelerate as well as existing investor Medici Ventures, L.P. 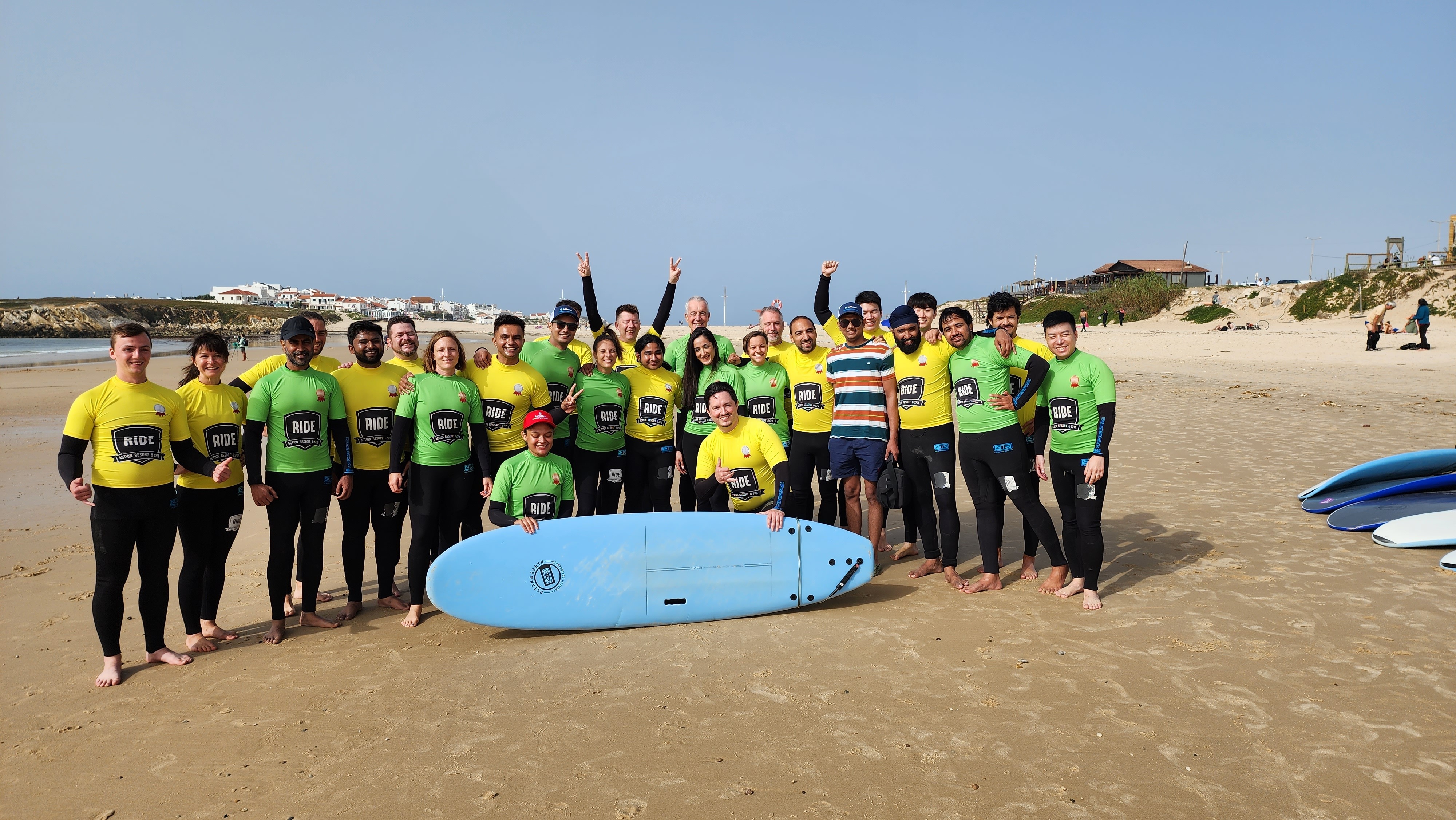 Having Japanese electronics giant Fujitsu on its cap table offers SettleMint a unique opportunity to expand into a tech ecosystem long dominated by domestic players. In April, the Japanese government issued an NFT white paper dubbing web3 “the new frontier of the digital economy.” While regulators around the world have voiced their opinions on the emerging field, few have made their stance as clear through a state-level action plan as Japan.

“When there’s regulatory clarity and vision from the government about the rules of the game and how you can operate, that’s when the private sector will really step into it and get behind it and lean into the investments, whether it’s in IT projects for the manufacturing sector, large manufacturers like Toyota or Nissan, or others,” Van Niekerk argues.

SettleMint is still working with Fujitsu on its go-to-market strategy, but there’s some indication of how its low-code solution can appeal to Japan. The development platform has been used heavily in three scenarios — financial services, manufacturing and supply chain, and the public sector, so the company has “really strong reference use cases in those three areas,” suggests Van Niekerk, as it forays into a market with a robust tech and auto manufacturing industry.

With the fresh capital injection, SettleMint also aims to strengthen its presence in Europe, the Middle East and the Asia Pacific, and test the water in the U.S. The team currently has about 55 people and is looking to add 60 to its headcount.