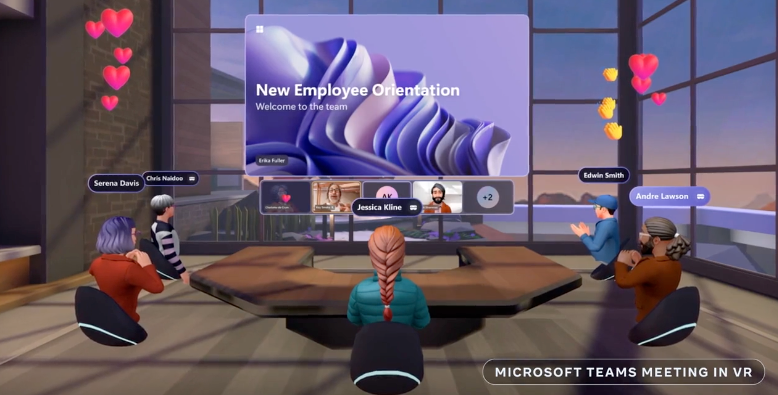 “We’re bringing the Microsoft Teams immersive meeting experience to Meta Quest in order to give people new ways to connect with each other,” Nadella said, noting that custom avatars will eventually come to the experience. Horizon Workrooms, Meta’s VR space for collaboration, will connect with Teams, he added — allowing people to join a Teams meeting directly from Workrooms.

“Now, you can connect, share and collaborate as though you are together in person,” Nadella added.

On the Windows end, Nadella said that Microsoft 365 will come to Quest in a way that lets users interact with content from productivity apps like Word, Excel, PowerPoint and Outlook. The Verge’s Tom Warren notes that these aren’t full-blown versions of apps designed for VR, importantly; They’re Progressive Web Apps, rather.

“You [will] have a new way to securely stream the entire Windows experience, including all the personalized app content settings to your VR device with the full power [of Windows,]” Nadella said. “We’ve been thinking about how to bring the power of Microsoft 365 and Windows 365 to 3D spaces to really help drive productivity and enable you to create, communicate and collaborate in completely new ways.” 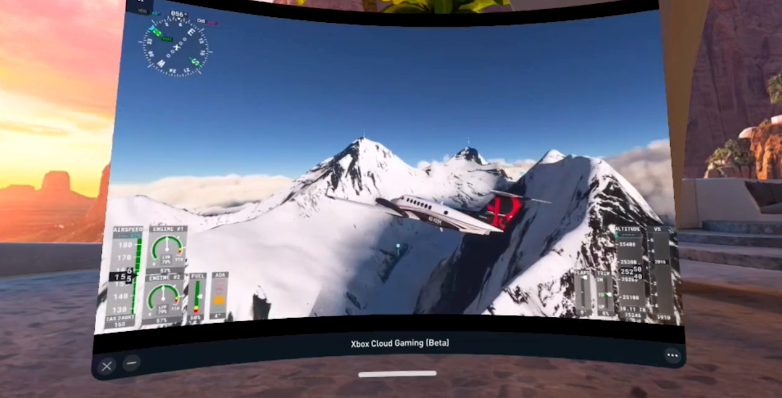 As for Xbox Cloud Gaming, on the Quest, it’ll stream games to a 2D VR screen, supporting existing Xbox controllers. But Nadella hinted that additional features might arrive down the line.

Microsoft’s team-up with Meta comes as the former dials back its internal VR and AR hardware projects, including HoloLens. Windows Mixed Reality platform, Microsoft’s software foundation built into Windows 10 to support VR headsets, never quite took off in the way the company hoped. Early this year, Business Insider reported that Microsoft scrapped plans for the third generation of HoloLens in favor of partnering with Samsung on a new “mixed-reality” device.

Microsoft pushed back on the HoloLens assertions. But then, one of the executives leading HoloLens’ development, Alex Kipman, resigned after allegations of misconduct including inappropriate sexual behavior, leaving the division in flux.

That being said, Microsoft has shown a keen interest in investing in creating software for the metaverse — whatever form it might take. At its Ignite conference last year, the company announced Mesh for Teams, which combines the company’s Mesh platform for powering shared experiences in virtual reality, augmented reality and elsewhere with Teams and its built-in productivity tools.