At a Google Search-focused event this morning, Google announced that it will soon introduce ways to translate news coverage directly from Search. Starting in 2023, English users, for example, will be able to search and see translated links to news results from Spanish-language publishers in countries such as Mexico, in addition to links to articles written in their preferred language.

“Say you wanted to learn about how people in Mexico were impacted by the more than 7 magnitude earthquake earlier this month,” Google News product manager Itamar Snir and Google Search product manager Lauren Clark explained in a blog post. “With this feature, you’ll be able to search and see translated headlines for news results from publishers in Mexico, in addition to ones written in your preferred language. You’ll be able to read authoritative reporting from journalists in the country, giving you a unique perspective of what’s happening there.” 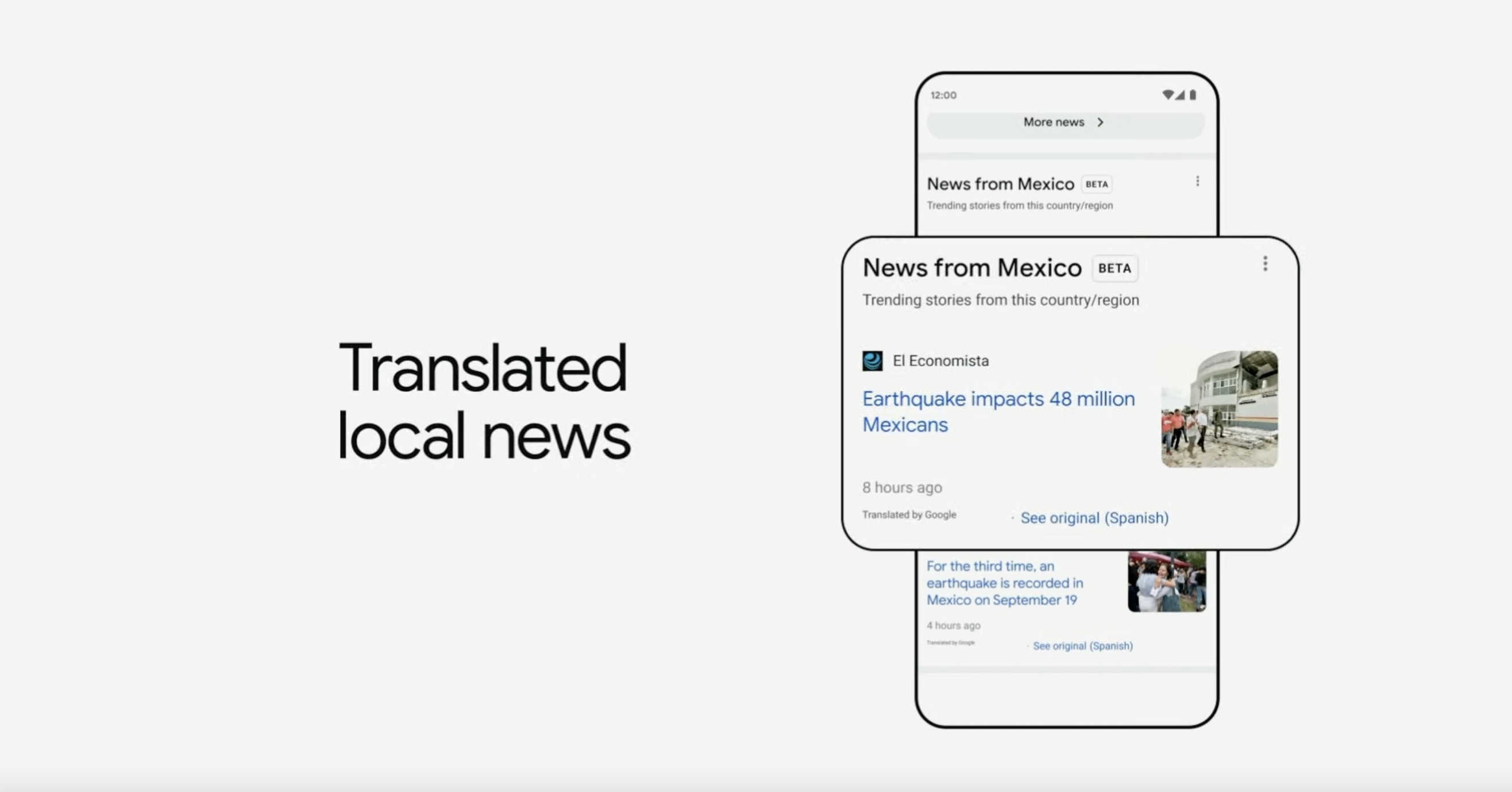 Building off its earlier translation work, the feature will translate headlines and articles in French, German and Spanish into English to start on mobile and desktop.

Google has experimented with news translation before, three years ago adding the ability to display content in two languages together within the Google News app feed. But for the most part, the search giant has left it to users to translate content via tools like Chrome’s translate button and Google Translate. Presumably, should the Google Search news translation feature be well received, that’ll change for more languages in the future.