Ivorian payments-led fintech startup Julaya has extended its pre-Series A round by $5 million. The company, which facilitates B2B payments for businesses in Francophone West Africa, mainly via mobile money channels, has raised a total of $7 million in the financing round.

In 2019, West Africa reported the most live mobile money services in any region, with 56 million active accounts. In Ivory Coast, one of Francophone Africa’s largest mobile money markets, 75% of the population own a mobile money account, compared to 20% who hold bank accounts. It’s why Julaya launched its services in the west African country and has since expanded into Senegal, where mobile market penetration is around 80% as well as other countries in the UEMOA (West African Economic and Monetary Union) region, which also have prevalent mobile money usage.

Small to large enterprises in these countries can use the Julaya platform to make bulk payments to other businesses and their unbanked employees through existing mobile money channels. But they can now access more services, for example, the startup’s prepaid card — issued by Mastercard — for corporate expense management. The cards are tailored for businesses’ travel needs, other online expenses and easy import of transactions into their accounting systems, CEO Mathias Léopoldie told TechCrunch in an interview.

“Our sense or strategy with the cards is to provide a full range of service. Because if you have just cards, I don’t think you could build a great startup with a lot traction as you would like, for example, in the U.S.,” said the chief executive, who founded the company with Charles Talbot. “The card payment industry, except for South Africa, maybe Nigeria and a little bit in Egypt, is a developing one and while you might be able to grow a business on that, it’s almost impossible in our region [Francophone Africa].”

Léopoldie stated that offering cards — most of which are physical (upon clients’ requests) — is not the main strategy for Julaya in terms of revenue growth. It’s a switching cost strategy which, according to him, differentiates the fintech from competitors such as YC-backed, which see cards as the main driver.

More than 40% of Julaya’s 500 small and medium businesses (SMBs), startups, large corporates and government institutions use its corporate expense management feature. While the most significant volumes come from medium to large enterprises, the fintech has surprisingly seen greater adoption from its traditional and non-digitised small clients, remarked Léopoldie.

Within the past year, the Ivorian-French startup has also extended its range of products to include a “Cash & Collect” solution that allows “fast and secured” cash collection, especially in the FMCG sector. Here, businesses can deposit their cash from physical and field sales into their Julaya account via a mobile money agent branch without going to a bank.

Last July, Léopoldie said the fintech was processing more than $1.5 million monthly. Those numbers have increased fivefold to more than $7.5 million, with revenues seeing identical growth at over 500% year-on-year. Brands such as Jumia and Sendy are some of Julaya’s clients. 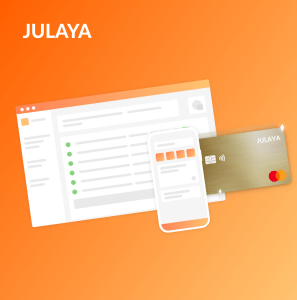 Mendy’s participation — his first in Africa and second globally — spotlights athletes’ growing involvement in Africa’s venture capital scene. This week, TechCrunch featured Byld Ventures, a $15 million fund targeted at African fintechs. A striking observation from the news was the number of athletes involved as the firm’s limited partners; some have also made direct investments from various reports. Mendy is African, unlike the others who are mainly Europeans. While he might be one of the first African athletes to back startups, Léopoldie assumes there’ll be more examples in the foreseeable future.

“I think he’s a bit ahead of the curve. We see that football stars, or high-net-worth individuals in the sports industry, are starting to see that they need to invest in venture capital for two reasons. The first one is that even though it’s a risky asset, it brings great returns. And second, they need to use their image to show that they don’t only care about their sports career but want to be an inspiration to their home country. It was meaningful for Édouard Mendy because he’s Senegalese.”

Julaya also received investment from its CFO and country manager in Senegal. Proceeds from this financing round will assist the fintech in further expansion plans across Francophone West Africa as it plans to open offices in Benin, Togo and Burkina Faso, hire talent and boost product development including the launch of a credit product targeting 200,000 SMEs in the UEMOA region.

Enrique Martinez-Hausmann, principal at lead investor Speedinvest, said the firm’s portfolio company is changing how businesses operate in a complex payment landscape across Francophone, which also has known players such as CinetPay and Bizao. “As we look ahead, the potential for Julaya’s technology goes far beyond its payment capabilities, having the opportunity to become a close banking partner for companies in West Africa,” Martinez-Hausmann remarked.