The announcement of the two new features comes a year after Hinge rolled out “Voice Prompts,” a voice recording feature that gives users a way to hear a potential match’s voice. Video prompts and polls on Hinge profiles take these online interactions a step further, giving daters more ways to make connections.

The dating app is the first to offer users a way to publish polls, the company claims. However, we reported last month that Bumble had begun experimenting with polls, as well.

With the addition of “Prompt Polls,” Hinge hopes that daters can have better conversations by asking potential matches questions they want to know about them.

Users can select from 21 poll prompts such as, “If we won the lottery, let’s spend it on,” “A dream home must include,” and “Two truths and a lie,” among other prompts that aim to spark a connection. After selecting a prompt, the user can type three answers for people to pick. 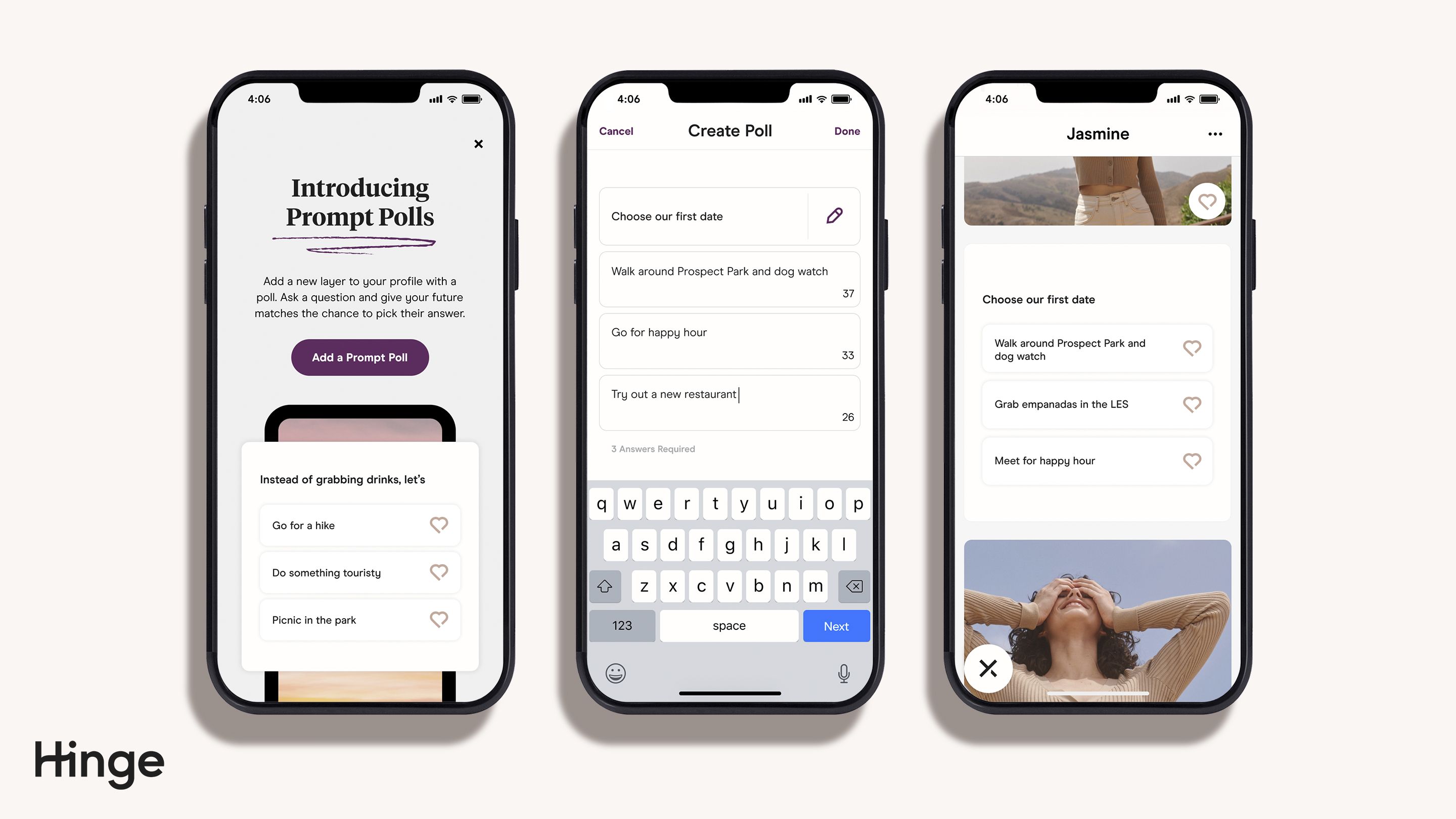 Video, meanwhile, isn’t new to Hinge. But to add a new video-specific prompt, users can only record within the app. This encourages a filterless and authentic interaction between users, Hinge believes.

The app has added 16 new prompts designed for video. This includes “Something that’s special to me,” “Hi from me and my pet,” “Rate my fit” and “Quick story time.”

Users can record a 30-second video to pair with the video prompt.

The new feature differs from the already existing video feature in the “Photo Prompt” section of a Hinge user’s profile, which allows them to upload previously recorded videos from Instagram and Facebook or their camera roll.

Hinge is also testing a way for users to record a 30-second video in the photo section as well. The recording feature is not available to all users. If a user doesn’t have the test, they can still record in-app with the new video prompt section. 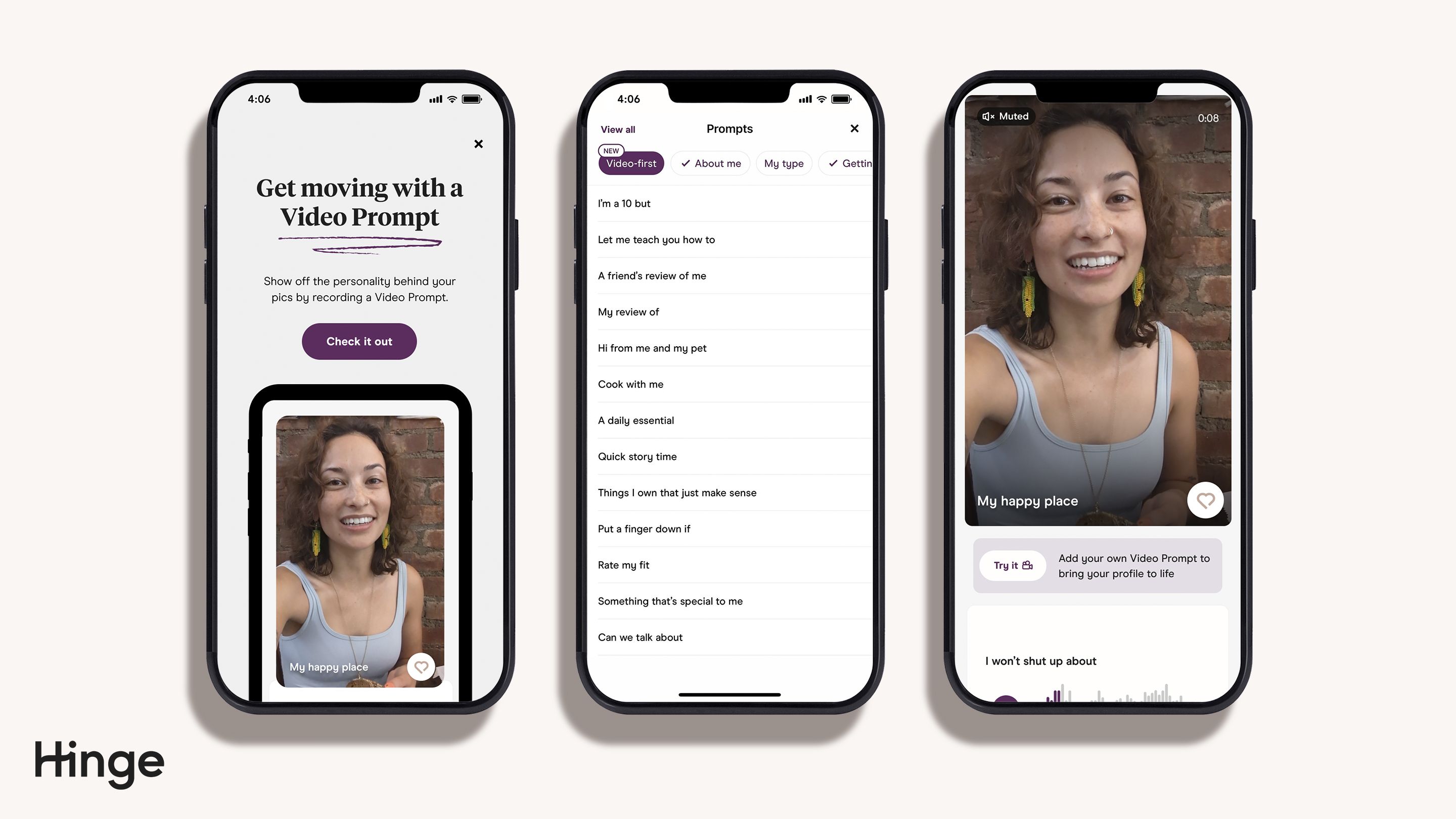 As new video-focused dating apps continue to surface, Hinge is launching its newest feature in hopes of improving the online dating game with a more expressive and fun way to date.

“With the launch of Video Prompts, we’re continuing to minimize the guesswork daters sometimes experience, so our community feels confident about the person they’re going to meet,” Michelle Parsons, chief product officer at Hinge, told TechCrunch.

Hinge users can go to “Edit Profile” and click on either “Video Prompt” or “Prompt Poll.” Once a video prompt or poll is added, it will display underneath the first picture on the profile.

Users can add one video prompt and one prompt poll to their profile. They will still be able to add one voice prompt, six photos/videos and three written prompts.

Similar to voice prompts, video prompts and prompt polls are optional and can be added to a Hinge profile as an extra way to show off a user’s personality.

The updates are rolling out today to Hinge app users in global markets.

Updated 9/21/22 at 1 p.m. ET with correction that not all users can record in-app within the “Photo Prompt” section since it’s a feature that’s currently being tested.