Argo AI, the autonomous vehicle developer backed by Ford and VW Group, revealed this week an ecosystem of products and services designed to support commercial delivery and robotaxi operations.

The products — a list that includes fleet management software, data analytics, high-definition mapping and cloud-based communication tools — stretches far beyond the self-driving system that allows a vehicle to navigate city streets without a human driver behind the wheel.

Taken together it sends a singular message to companies: Argo is open for business.

Argo’s product line is wide-ranging and is designed for robotaxi as well as last-mile and middle-mile delivery services. While Argo isn’t naming exactly which companies it is targeting or has reached agreements with, it is interested in the consumer packaged goods and health care industries, according to the company.

“These systems need to be built in a way that they can plug into what businesses need and help solve that,” Argo CTO and executive vice president of product development Brett Browning said in a recent interview. “And, and as cool as the technology is, for most business owners it’s a means to an end. It’s more about, what can I do with this system? How do I plug it in? How do I solve whatever my business needs are?”

It’s hardly a secret that Argo, a startup founded in 2016 by Bryan Salesky and Pete Rander, has been developing and testing its automated driving system.

The company’s self-driving Ford Fusion vehicles, and now Ford Escape Hybrids, can be seen testing on public roads in Austin, Detroit Miami, Palo Alto and Pittsburgh, where it is headquartered. In the EU, Argo uses the all-electric Volkswagen ID Buzz for its testing programs in Hamburg and Munich. Argo also has several pilot programs underway in Austin, Miami and Pittsburgh with Lyft, Walmart and 412 Food Rescue.

What has been less clear, until now, is exactly what other tantalizing carrots it would offer to convert those pilots into long-term customers or attract new ones.

Argo’s central product, as one might expect, is the self-driving system that combines software and hardware including its own lidar sensor, high-definition maps and a back-end cloud-based tool called Hub that supports the AVs when out in field — and when they return.

Hub, which is a collection of APIs and web tools, lets a fleet operator or company run a checklist to ensure everything is working on the AV before it is deployed on public roads. It also can send real-time updates to the vehicle about changes on roadways or provide remote guidance or troubleshooting if the AV needs assistance.

“On the service operations side, people do have a lot of existing tools that let them know if they need to change the tires, Browning said. “But what about the more complicated stuff that goes on inside of the self driving system?” Do they have the things that plug into that? How do they you know … occasionally these vehicles need to be calibrated? 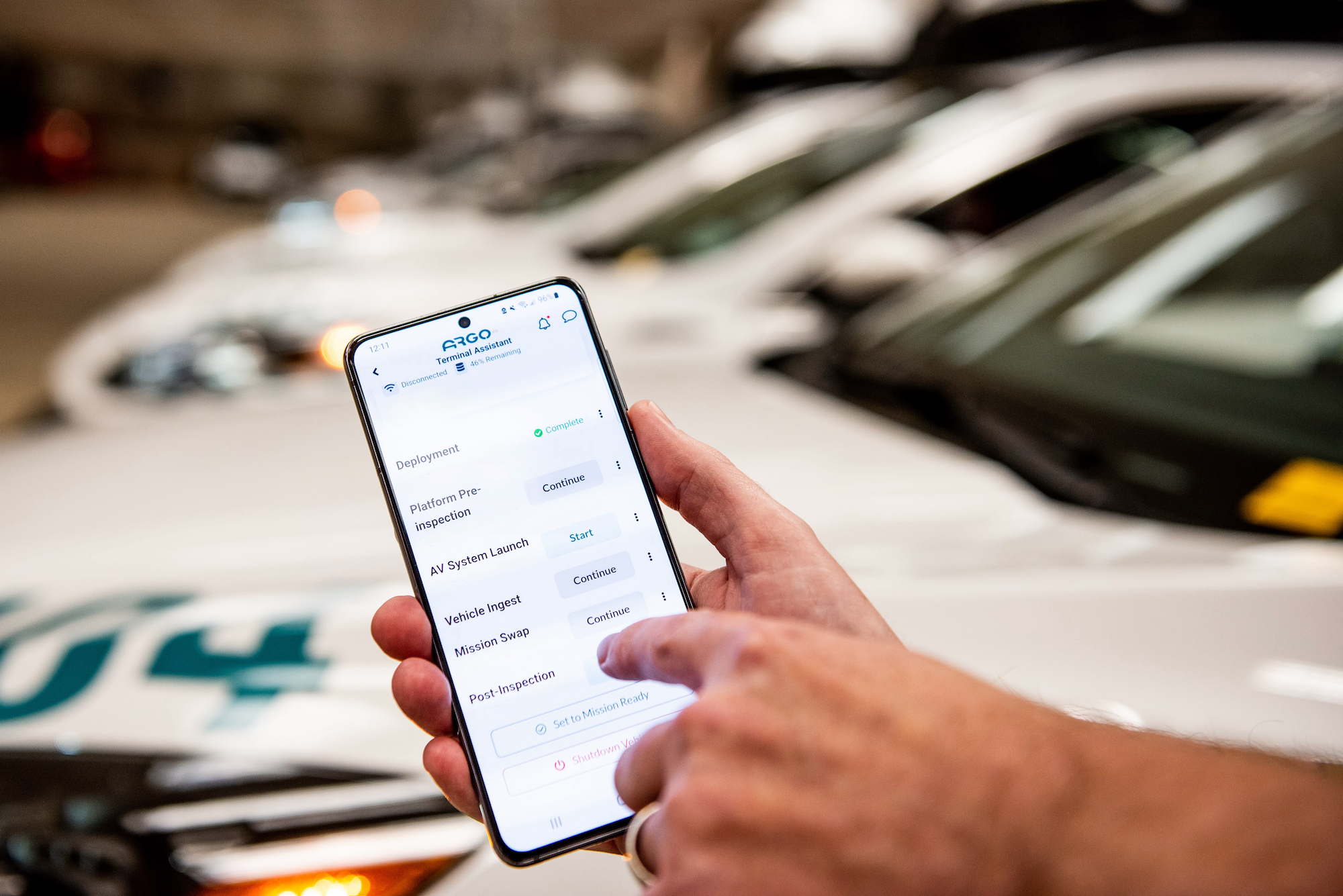 Argo has also developed some other tools such as operations and fleet management software that is clearly aimed at delivery services.

The gateway to all of these products, whether a company uses all or some of them, is a tool the company has branded Argo Connect. This is a collection of application programming interfaces (or APIs) that businesses can add into their existing operations software. For instance, Lyft might plug Connect into its ride-hailing app so it can pick times and locations where it might want to dispatch autonomous vehicles on its network. Or a restaurant supply business might add Connect to its existing software to dispatch a driverless delivery vehicle when needed.

These products and services are designed to work together. However, there are a few a la carte options depending on a company’s needs, Browning said.

In the earlier days of AV development — that period between 2013 and 2018 when startups were popping up like mushrooms after a rain — much of the energy was directed toward proving the vehicle could successfully drive itself around obstacles in a closed course, and later on public roads.

These in-person or video-streamed AV demos were commonplace. All of the required back-end pieces that might make a self-driving system compelling to an e-commerce, logistics, retailer or ride-hailing company were rarely, if ever mentioned.

That’s changing as a few companies that survived and even grew after a period of consolidation turn attention to how to make money off of autonomous vehicle technology. With 2,000-plus employees, Argo (and several other similarly sized AV companies) can only exist so long under the dreaded pre-revenue (or collaboration revenue) category. While Argo does have commercial partnerships with Lyft and Walmart — meaning it receives revenue for its services — it’s keen to ramp up.

The company’s public introduction of its product line shows larger ambitions to land a variety of customers beyond its two big-name backers Ford and VW.

Some customers may want the entire suite of products — all of which are used on Argo’s 150-vehicle fleet today. While others, Browning contends, may not want certain tools. For instance, he added, Ford and VW might not need vehicle maintenance tools but may want the data piece.

“At some point, there might be a company that does want Argo to actually run the operation similar to what we do today for our development fleet,” he said. “And so great, we could we could go and do that. The point is to enable us to flexibly do any of those.”