The Pixel Watch remains the big looming question mark over the horizon for Google’s wearable ambitions, but for now, the Fitbit lines are carrying on like nothing much has changed. At a launch event this morning, the Alphabet-owned firm unveiled a trio of wearables, including two new smartwatches.

The topline products are the Versa 4 and Sense 2. The smartwatches are — for most intents and purposes — largely the same. The pricier Sense line, which debuted in late-2020, builds on the popular Sense device, bringing added sensors and a mindfulness focus to the device. Looking beyond the standard fitness and sleep sensing by attempting to address stress and mental health concerns is clearly a key next step these days, so Fitbit’s certainly ahead of the curve there.

And, of course, given the years of work the company has put into building up its platform, hardware and brand, it certainly makes sense to keep these products around for a while — at least until the Pixel Watch finds its footing, if not longer. 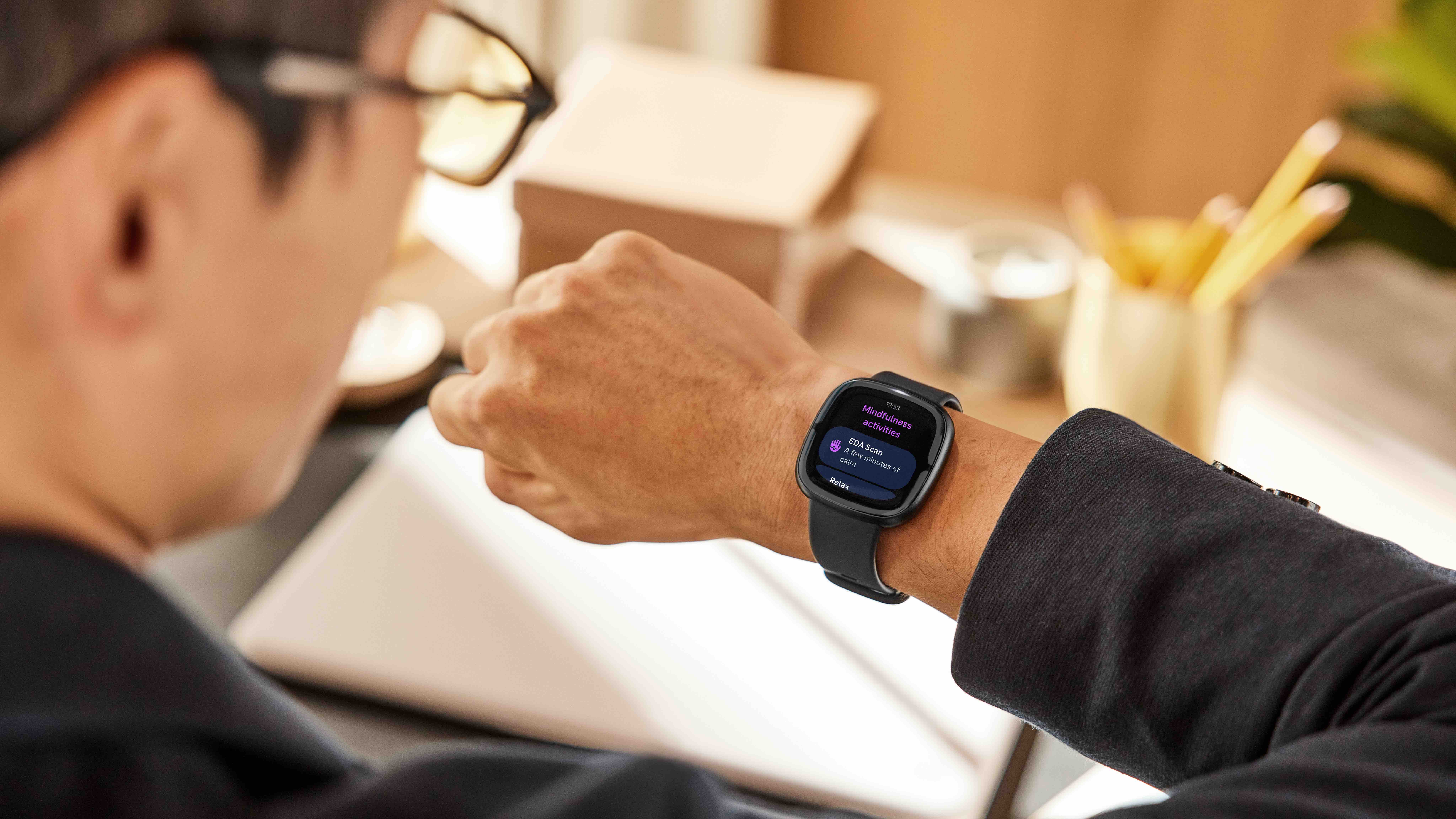 The latest versions of the Versa and Sense feature a slimmer, lighter design, retaining the product’s familiar round squircle design, with a single button on the side of the brushed aluminum frame. The button was summarily dismissed for the Versa 3, and is likely back by popular demand.

The company says the product’s battery should last “more than six days” on a charge — an impressive claim, and one that would put the product leagues beyond the Apple Watch in that department. Fast charging means you’ll get a day’s use with a 12-minute charge.

The devices include improved sleep tracking, including the new Sleep Profile feature, which triangulates 10 metrics to determine the variety of sleep you get — and assign you a cartoon animal mascot. Versa 4 has 40 exercise modes, including new additions like weight lifting, CrossFit, HIIT (high intensity interval training) and dancing.

At the heart of the Sense 2 is the company’s new electrodermal activity (cEDA) monitoring, which couples heart rate, skin temperature and other metrics to determine the wearer’s stress level. The notion there is creating actionable data and tracking what triggers high-stress moments and when. 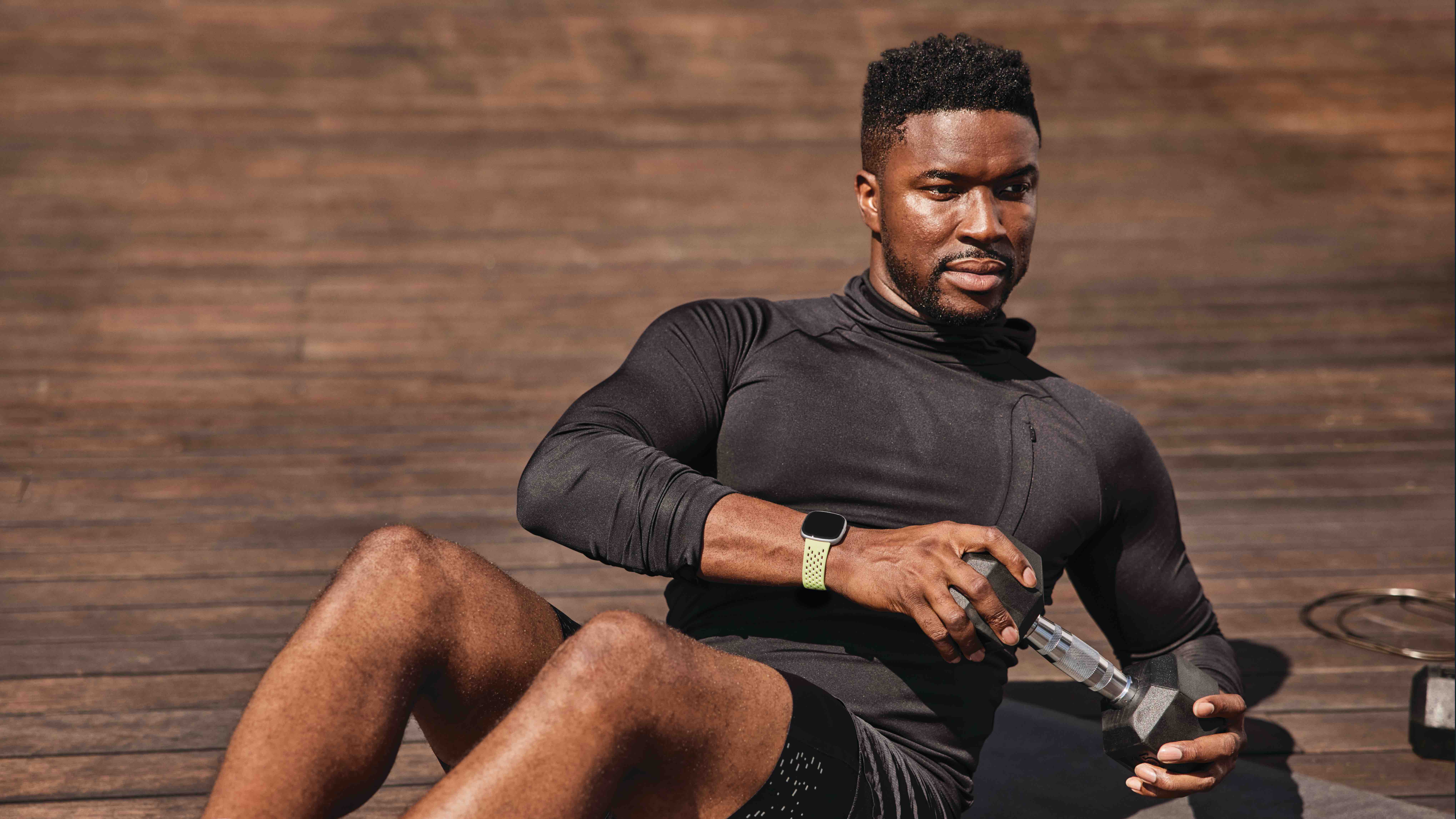 “That way, you can be aware of your potential triggers and create a stress management practice to build your resilience over time,” the company writes. “Following a Body Response notification, Sense 2 recommends different ways to manage stress in the moment including mood logging, guided breathing, mindfulness sessions, on-wrist or in the Fitbit app.”

This is one spot, at least, where Fitbit seems to be ahead of the curve. Presumably much — or all — of that technology will be integrated into the Pixel Watch, which is set to arrive in the fall — the same broad time frame given for the Versa 4 and Sense 2, which go up for preorder today for $230 and $300, respectively.

There’s also a new version of one of the company’s fitness bands. Fitbit Inspire 3 offers a stripped-down version of many of its smartwatch counterparts’ features, including activity, heart rate, sleep and stress tracking. The tracker arrives next month, priced at $100.