This was the company’s first outside capital raise through investors like Mike Novogratz’s Galaxy Ventures, Barry Silbert’s Digital Currency Group, Firstminute Capital, 186 Ventures and a handful of founders. The funds will be used to bring on new talent and work with brands globally that want to create and use DAOs, Alvarez-Fung said. 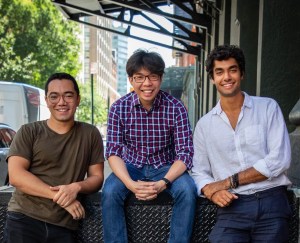 As DAOs have grown in popularity, their tooling has not scaled commensurately. Mural wants to tackle the financial aspects of DAO management as a banking stack for brands and startups with active communities.

For reference, DAOs are community-led groups with no central leadership. Decisions are made by group members voting on governance proposals. A DAO could be as large as running a decentralized exchange like Uniswap or a major brand to something as small as a group of friends pooling funds for a book club.

“What we’re seeing now is an influx of brands that have bought and created a lot of NFTs and the next step they’re looking for is how to engage their community, NFT holders, and they turn to us to leverage the capital they raised from those NFT sales and immediately put it to work,” Toffa said.

The company is rolling out a beta for its fintech-focused platform to help brands deploy DAO treasury funds ranging from $50 to $100 million in size, Alvarez-Fung shared. It is already being tested by a group of brands like SUPERF3ST, a community-powered music festival from the creator of Outside Lands and Bonnaroo, to manage their DAO treasury funds.

“We’re passionate about bringing communities together from around the world and providing access,” Alvarez-Fung said.

Toffa and Alvarez-Fung said one of the biggest disconnects they saw in the DAO space was between treasuries and communities.

“We want to allow them to engage their communities, customers and ultimately allow — whether you’re a software engineer in Ghana or artist in France — the ability to tap into this global network,” Toffa said.

In the past, there were DAOs forming mainly among crypto-native groups, Alvarez-Fung said. “But now we’re seeing a wave of big brands catching on to the fundamental value of DAOs and their ability to innovate…it’s becoming clear to these brands after the first wave of DAO adoption how important this is.”

In the future, Alvarez-Fung said he expects every progressive brand to have their own DAO.

“It will become a staple of how organizations innovate.”

TechCrunch has updated the photo caption, which previously stated that Alvarez-Fung, Toffa and Arthur Kam were all co-founders due to a press release stating that the three of them “led” the company, but Mural shared after publication that Kam is the CTO and not a co-founder.