Proving that there’s room in the robotic process automation (RPA) market for another vendor, RPA Supervisor today announced that it raised $20 million in a Series A round led by Dawn Capital with participation from S16vc and existing investor MMC Ventures. The infusion, which brings the startup’s total raised to $25 million, will be put toward product development and growing RPA Supervisor’s overall headcount, CEO Erik Lien told TechCrunch via email.

RPA refers to tools that partially or fully automate manual, rules-based and repetitive software tasks. Led by behemoths like Automation Anywhere and UiPath, the RPA industry has been on an impressive upward trajectory as of late, with Forrester predicting that RPA-related services could bring in $16 billion by 2025.

But according to Gundhus, RPA vendors’ success masks the challenges that many organizations implementing RPA technologies are experiencing. One recent survey found that 69% of organizations that have adopted RPA experience broken automation pipelines at least once a week, with almost half (41%) saying that it takes five hours on average to fix them. A separate poll from Pega suggests that as many as 45% of RPA deployments take between one and two years to deploy — significantly longer than anticipated.

“RPA Supervisor was founded to solve real problems that were plaguing RPA operations,” Lien said. “Together, Tobias Gundhus, Anders Frostad, and I recognized that dynamic orchestration, automated management, and improved visibility would enable RPA to reach full potential and open the door to integration with more complex intelligent automation technologies. We set out to develop a platform that would deliver stable, responsive, and cost-effective robotic workers, and RPA Supervisor was launched in 2018.” 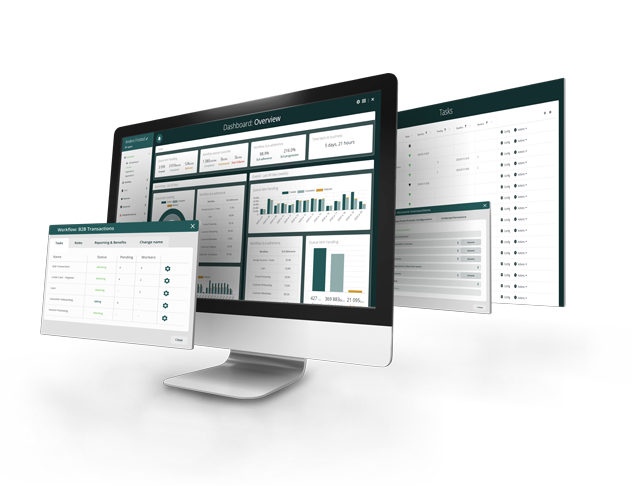 RPA Supervisor is designed to orchestrate existing automation and RPA products, adding monitoring and queuing capabilities on top of such platforms as Microsoft Power Automate Desktop, UiPath, Blue Prism and soon Automation Anywhere. Using RPA Supervisor, a customer can enter their “business requirements” (as Lien puts it) for each automation process to have RPA Supervisor’s engine prioritize which RPA worker should work on which process. The platform adjusts capacity as needed, starting and stopping processes automatically to maximize cloud or local compute resources usage.

RPA Supervisor also attempts to fix problems in RPA systems when they crop up. Lien claims that its exception and event-handling system can repair 90% of RPA breakage, and in cases where it can’t, RPA Supervisor sends an alert to the appropriate IT team.

From a dashboard, RPA Supervisor customers can manage and control RPA systems while viewing real-time metrics. While most RPA vendors offer monitoring and reporting tools built in, Lien argues that they more often than not lack detail — particularly in cases where more than one RPA solution is being used.

​”The need for automation has been driven forward by the pandemic, and as businesses come to rely on this type of technology they’ve also begun to see the need for a centralized management platform,” Lien said. “Our platform offers an effective solution to reduce the total cost of ownership of an automation program, thus making it very appealing in times of economic uncertainty when enterprises are asked to do more with less.”

Lien claims that RPA Supervisor currently has around 100 subscribers, including several government customers. Competitors include startups like ProcessMaker, but Gundhus — while realistic about the economic climate — is expecting strong growth in the year ahead. RPA Supervisor plans to hire 30 people by the end of the year, expanding its team to 80.

“We are making RPA software truly enterprise-grade by enabling 24/7 operations that guarantee service-level agreement adherence, improve speed of service, and boost resilience and stability across their automation landscape,” Lien added.