Engineers and robotics fans can nerd out about robots in the lab and the workshop all day long. It’s a very long road from a ridiculously cool, glorified science experiment to robots that can be put to work in production settings. These robots often have to work in some of the harshest conditions imaginable: defusing bombs, wandering the halls of nuclear power plants or working high up in the air to ensure our power lines stay in good shape.

As part of today’s TC Sessions: Robotics event, I spoke with Robert Playter, the CEO at Boston Dynamics, and Kiva Allgood, the CEO at Sarcos Technology and Robotics, to figure out how they are evolving and growing their organizations to help their robotics out into the real world. 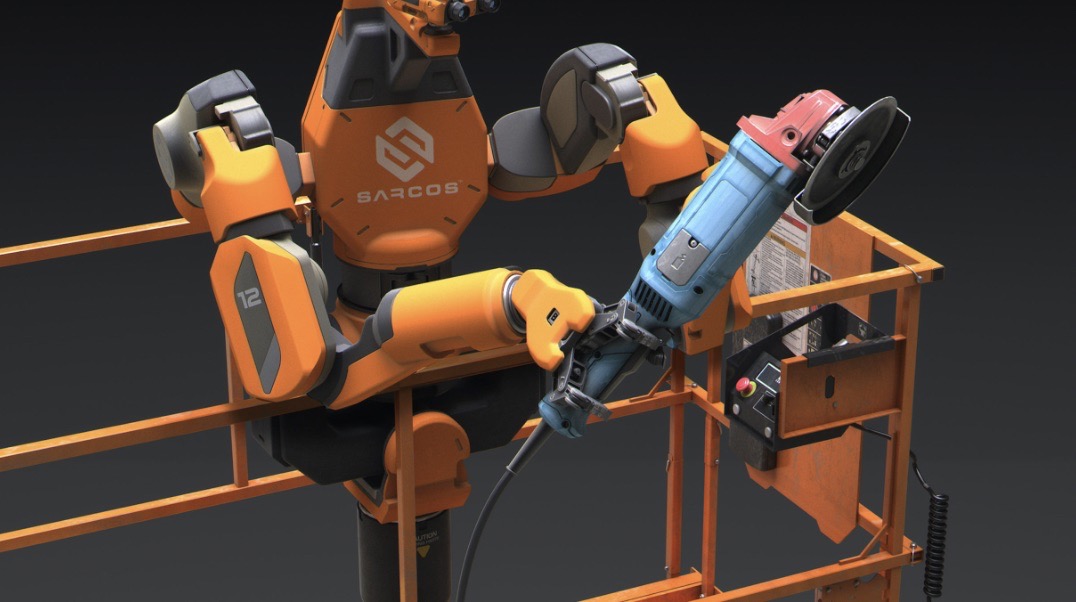 The Sarcos Guardian XT can sit on any platform and can do things that are too dangerous for humans to do. Image Credits: Sarcos (opens in a new window)

Sarcos Technology and Robotics has been in the news a bunch, as it has been scaling up its product lineup. The company has three flagship products. The first is an exoskeleton that partners with a human to allow it to do things that humans can’t do normally.  Next is the Guardian XT, which is a teleoperated, highly dexterous product that works particularly well for tasks at height. There’s also the Guardian S, which is a remote inspection robot. 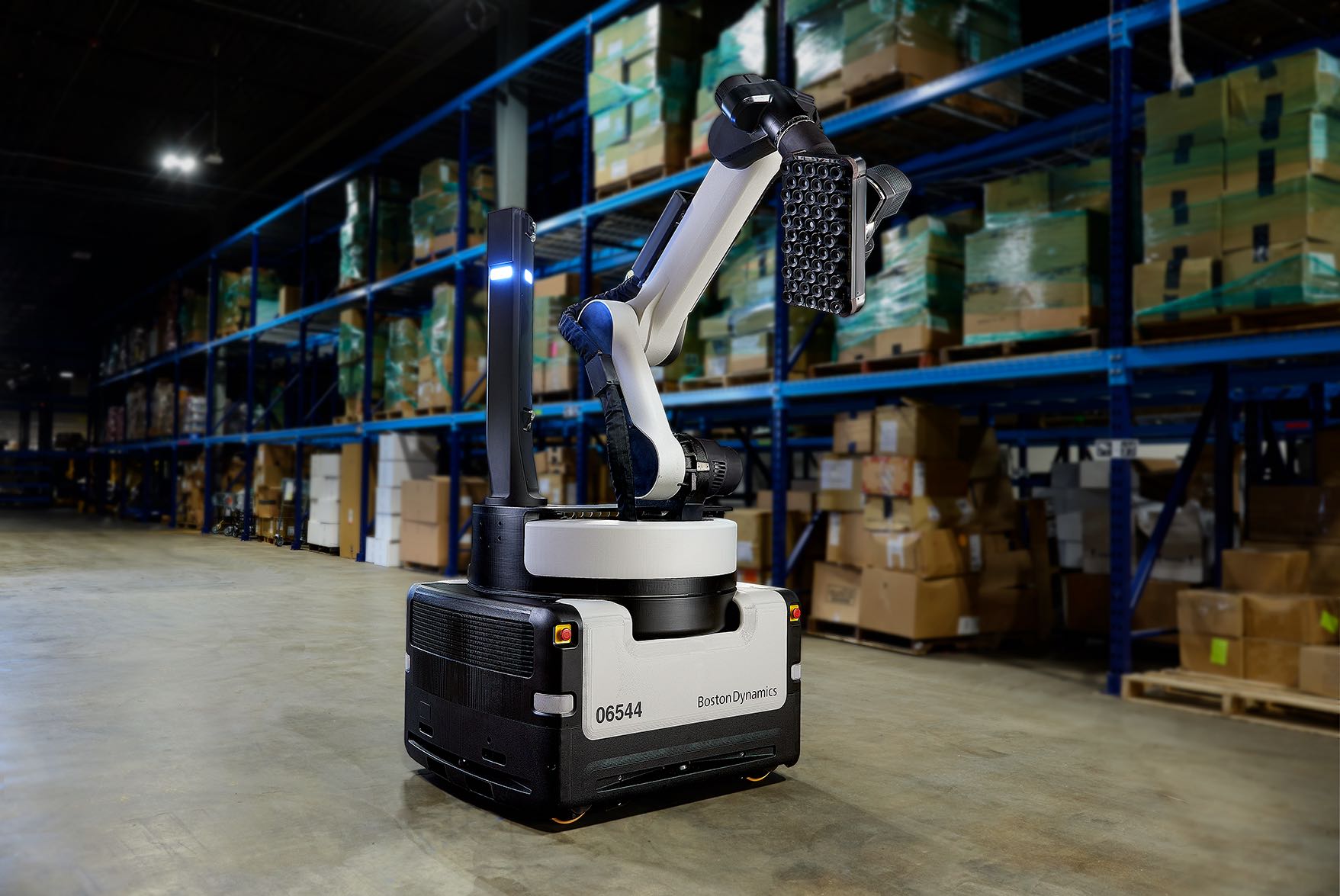 Boston Dynamics has three robots that it is building and selling right now — two of the three are available for purchase. Spot is the one you’re probably most familiar with; it’s the one that looks like a dog, which you may have seen on the TechCrunch stage in the past. Stretch is a mobile pick-and-pack robot the company is building specifically for the logistics industry — its first use case will be unloading trucks and containers full of boxes. The third robot is a research platform that the company calls Atlas, a humanoid robot that you may have seen trying (and, occasionally, spectacularly failing) its limbs at parkour.

The below interview has been edited for length and clarity.

TC: What does it take to ship robots to customers?

Robert Playter (Boston Dynamics): One of the biggest shifts is we’ve gone from a 100-person company, which was the R&D company proving the technology. We’re currently 500 people. We had to build out all this additional functionality — services, supply chain, manufacturing, enlarging our finance teams. There’s so much more to actually building and delivering a product than getting the first prototype to work.

Kiva Allgood (Sarcos Robotics): It’s a different mindset. You have to shift the engineering team. R&D engineers who love to prove out and continue to iterate don’t love putting their pencils down. So as you expand the organization to be able to support going to market with sales and finance, you also have to ensure that you have the right mindset in the engineering side of the house. And that’s a big transition. It’s really hard. If you’ve spent 20 years building a robot, it’s your baby, and you want to keep making it better. Not necessarily, you know, saying it’s as good as it’s gonna get. So I’d say that’s probably one of the biggest mind shifts we’ve had to deal with.

TC: Shifting from in-house to customer-operated — is that hard?

Kiva Allgood (Sarcos Robotics): Clearly, you can’t send an engineer out there with every product, so you have to have a diagnostic setting, and the tools to go with it. That needs to be part of the mindset of the engineer to who’s releasing the product. That’s very different from the R&D phase, where folks go and fix the robot, saying “It’s fixed,” but they don’t document it. They didn’t say, “Here’s the five diagnostic things that you need to do.” Robots are complex things. We’re really trying to do design for manufacturing and scaling, and that includes design for servicing, which is a different thing from demonstrating that the technology can work.

Robert Playter (Boston Dynamics): The customer needs to be successful with the product. When you have engineers, you can make a robot do almost anything, but for the customers to be able to do things, you have it all working together in a way that makes it really easy. The out-of-the-box experience needs to just work. That means you need to understand the actual applications the robots will be used for, and build the connecting infrastructure to make the robot actually deliver value.

TC: What are the kinds of tasks that are too dangerous for humans?

Kiva Allgood (Sarcos Robotics): One example of those tasks is anything at height. For example, tree trimming. You have to clear around electrical lines, because that is one of the number one causes for fires. A human in a bucket truck with a power saw cutting near a live power line, it is very, very dangerous, and that’s one place where robots can be helpful. Or anything that includes scaling tall structures, anything that has a repetitive motion that has a strong impact on shoulders and arms. That’s where if you have a robot doing those tasks and a human who’s now a robot operator. It means they are no longer a technician; they are a fleet operator of robots, but they don’t have to get in harm’s way. Another use case for us is aviation. During a lightning storm, you can’t place a human on the tarmac — but you can use a robot.

Robert Playter (Boston Dynamics): Some of the best applications are ones where there’s a safety issue. For example, measuring radiation inside a nuclear power plant is a common application. Some utility companies and power companies are using Spot when there’s a dangerous event, and they need to disconnect high-voltage equipment. Those can generate an arc flash, and it kills hundreds of people a year. Ontario Power Generation just used Spot for that, and proved that they can do that power disconnect with our robot. We also have police and safety customers who are using Spot to explore CBRN (chemical, biological, radiological and nuclear) environments. They also use it for environments, where there may be dangerous drugs present, like fentanyl. I just saw a report from a customer where they’re using Spot to explore a drug den and find out if there are drugs inside a building.

TC: How have the businesses had to evolve?

Robert Playter (Boston Dynamics): It started with service. We were building Spots in the lab, but we needed to service them, and that was a whole new function. Marketing is another example — we never really did a whole lot of outbound marketing. We posted some videos on YouTube, but now we’re trying to systematically go and target the right customers. We actually stood up our own manufacturing facility here in Waltham so now we’re going to be able to produce thousands of robots per year in this facility. That’s a whole new skill set.

Kiva Allgood (Sarcos Robotics): There has definitely been a transformation of the leadership team, and that also comes with its own challenges. People taking on slightly different roles, specializing more, whereas they used to wear five or six different hats.  These days, supply chain and manufacturing are critical parts of the leadership team. As you mature a product, the questions you ask evolve. How you hold the team accountable, what are the key results? You have to be mindful of that. I have empathy for the people who’ve been on the journey with us the whole time. Some of them can go through that transition, and some of them can’t. There are some folks who just love doing R&D, and that’s all they ever want to do, and you’ll want to embrace that.

You can see the full video of the Robotics session below!