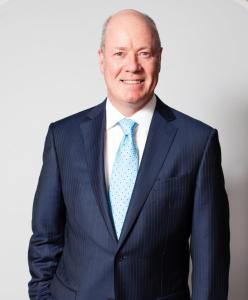 Venture capital firms raised funds over the past 2 years at what Mark McQueen, president and executive managing director at CIBC Innovation Banking, called an “unprecedented rate,” but as that has begun to recede, he says CIBC is in position to fill in with its nondilutive capital. The new fund will enable the bank to make deals ranging from $50 million to $100 million in capital.

“Our role is to help both the entrepreneur and their VC partners grow that business with incremental capital,” he told TechCrunch. “We don’t replace equity, but extend the runway. Our opportunity in good times is to allow VCs to sit on their dry powder while we use the bank’s capital to help grow their portfolio companies.”

Though valuation is “hard to put your finger on,” McQueen said, if CIBC can, it looks to extend the company’s capital runway by 18 months to 2 years.

With companies and VCs pulling back in the early days of the global pandemic 2 years ago, McQueen noted that it was a chance for CIBC to work with some of our best VC clients to help their companies.

It’s also now why CIBC can claim it is the No. 2 bank in loans to companies in the Series A to Series C market, having already allocated over $6 billion in debt financing over the past 4 years to companies such as Crunchbase, Lightspeed and TigerConnect, McQueen said. Over nine financed companies have made initial public offerings to date, most recently Expensify, which went public in November 2021.

“That worked and that’s why our business probably took off,” he added. “Folks noticed that some others weren’t putting out term sheets that spring, and we were, and our business has grown 100% a year for the last three years and that’s certainly part of it.”