Volkswagen Group unveiled its ID. AERO concept in China on Monday — slated to serve as the inspiration behind the automaker’s flagship EV, and first-ever global all-electric sedan, next year.

A version of the Volkswagen ID. AERO concept will go into production for the Chinese market in the second half of 2023. The automaker hasn’t announced a price but said the sedan will deliver an estimated range of up to 385 miles based on the European WLTP test cycle.

“The ID. AERO belongs to the high-volume, mid-size sedan segment,” Dr. Stephan Wöllenstein, CEO of Volkswagen China Passenger Cars Brand, said in a statement. “The concept has a progressive, stylish and aerodynamic design, yet doesn’t compromise on roominess.”

The car is geared toward China’s fastest-growing segment: young, first-time car buyers. As such, the ID. AERO’s sporty silhouette flaunts a wide body and coupe-style rear three-quarter design and a hair-raising drag co-efficient of .23.

Volkswagen also designed the ID. AERO to cater to this segment’s desire for luxury on a mass market budget, using high-end headlights, LED taillight clusters and a high-gloss black roof to create a luxury feel. 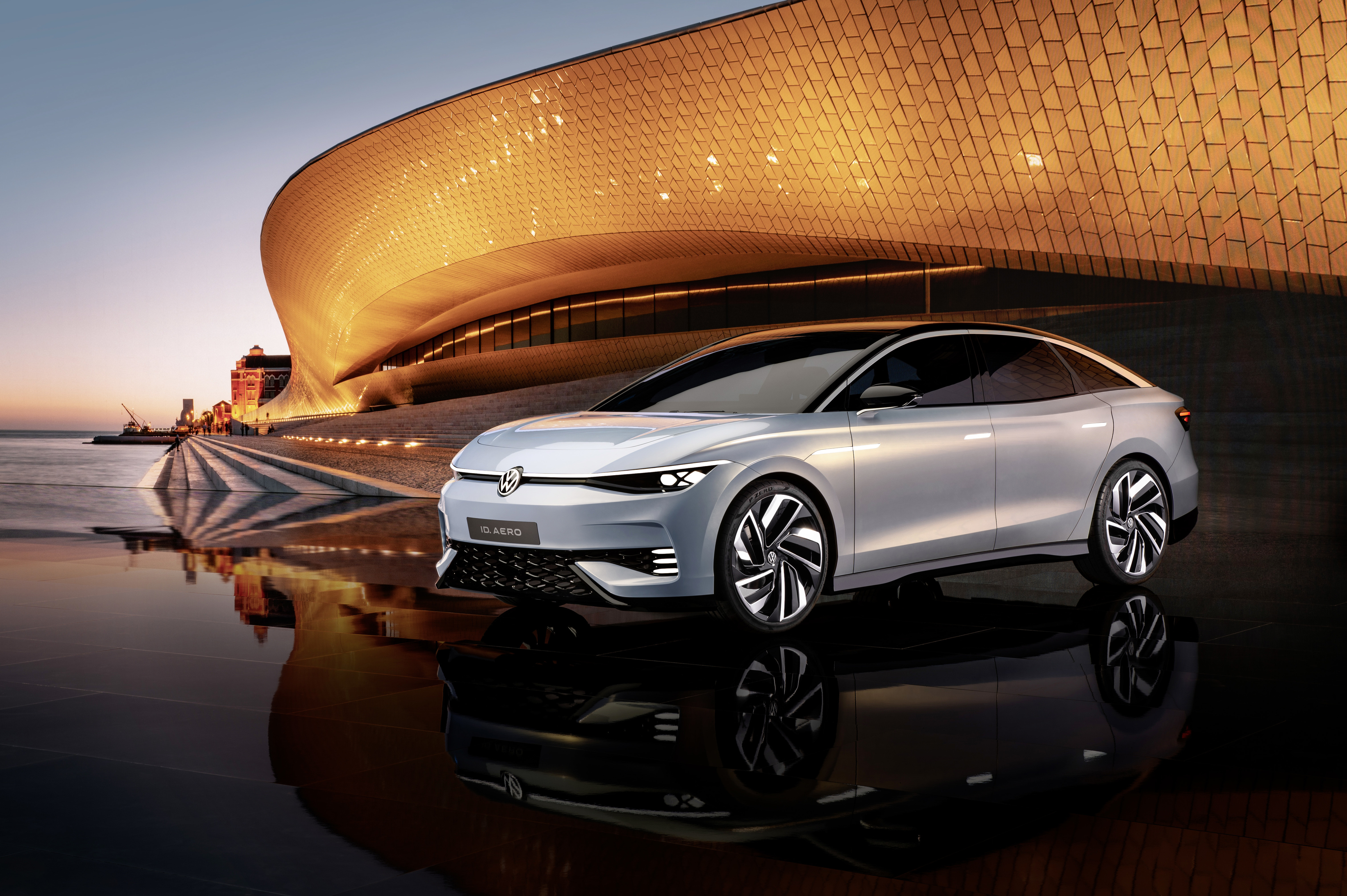 The ID. AERO demonstrates the flexibility of Volkswagen Group’s MEB (Modular Electric Drive Matrix) architecture to build EVs across its portfolio of brands. The flexible modular system can be adapted for a range of vehicles, from hatchbacks to the ID. BUZZ van.

Now that EV sales are hurtling toward an inflection point in 2024, developing dedicated platforms like Volkswagen’s MEB and GM’s Ultium is more effective than putting batteries into cars originally designed for gas engines, according to the AlixPartners 2022 Global Automotive Outlook released Wednesday.

GM’s latest EVs will be based on the automaker’s new Ultium battery platform, whose modular architecture can produce 19 different battery and drive configurations, help GM scale its battery-electric operations and reduce costs.

“You just fundamentally can’t compete on a cost basis with that approach,” said Mark Wakefield, the Detroit-based global co-leader of AlixPartners’ automotive and industrial practice. “To hit that mass market, it absolutely needs to be a ground-up EV design.”