Yahya Bouhlel started coding in his early teens. Within this timeline, he interned at several companies in Palo Alto, California. Most of his work revolved around building apps and iPhone games.

When he came home to Tunis, he met many students who wanted to build products like him each summer. And it was one such summer in 2017 that he had the concept of GOMYCODE.

After completing his studies in France and working a year for Amazon in London, Amine Bouhlel, Yahya’s older sibling, moved back to Tunisia. His new job was to open a subsidiary for a French open source tech startup and that required hiring developers on the ground. However, finding a sizable number in Tunis was tough.

“At that time, I had just graduated from high school and I had a free summer. Amine was struggling to find higher web developers,” CEO Yahya Bouhlel told TechCrunch in an interview. “So the idea of building a school or a learning experience with the spirit of Silicon Valley came, and we started GOMYCODE as a summer project and camp and grew that year.” Amine, the company’s chief operating officer, held the title of CCO for Jumia Tunisia from 2018 to 2020.

The edtech, launched in 2017, is announcing today that it has closed an $8 million Series A round. It’s the largest round at this stage on the continent (barring Andela if it’s not counted as an edtech). AfricInvest, through its Cathay AfricInvest Innovation Fund (CAIF) and French-based development finance institution Proparco, co-led the early-growth round.

This brings GOMYCODE’s total financing to $8.85 million. It raised $850,000 seed in October 2020. One of its investors from the seed round, Wamda Capital, doubled down in this new financing.

In addition to Tunisia, GOMYCODE is present in Bahrain, Morocco, Egypt, Algeria, Ivory Coast, Senegal and Nigeria. The startup hopes that the Series A funding will drive its presence in 12 countries, including South Africa, Kenya, Ghana and Saudi Arabia. It also plans to deepen its presence in the countries already present, especially Egypt and Nigeria. 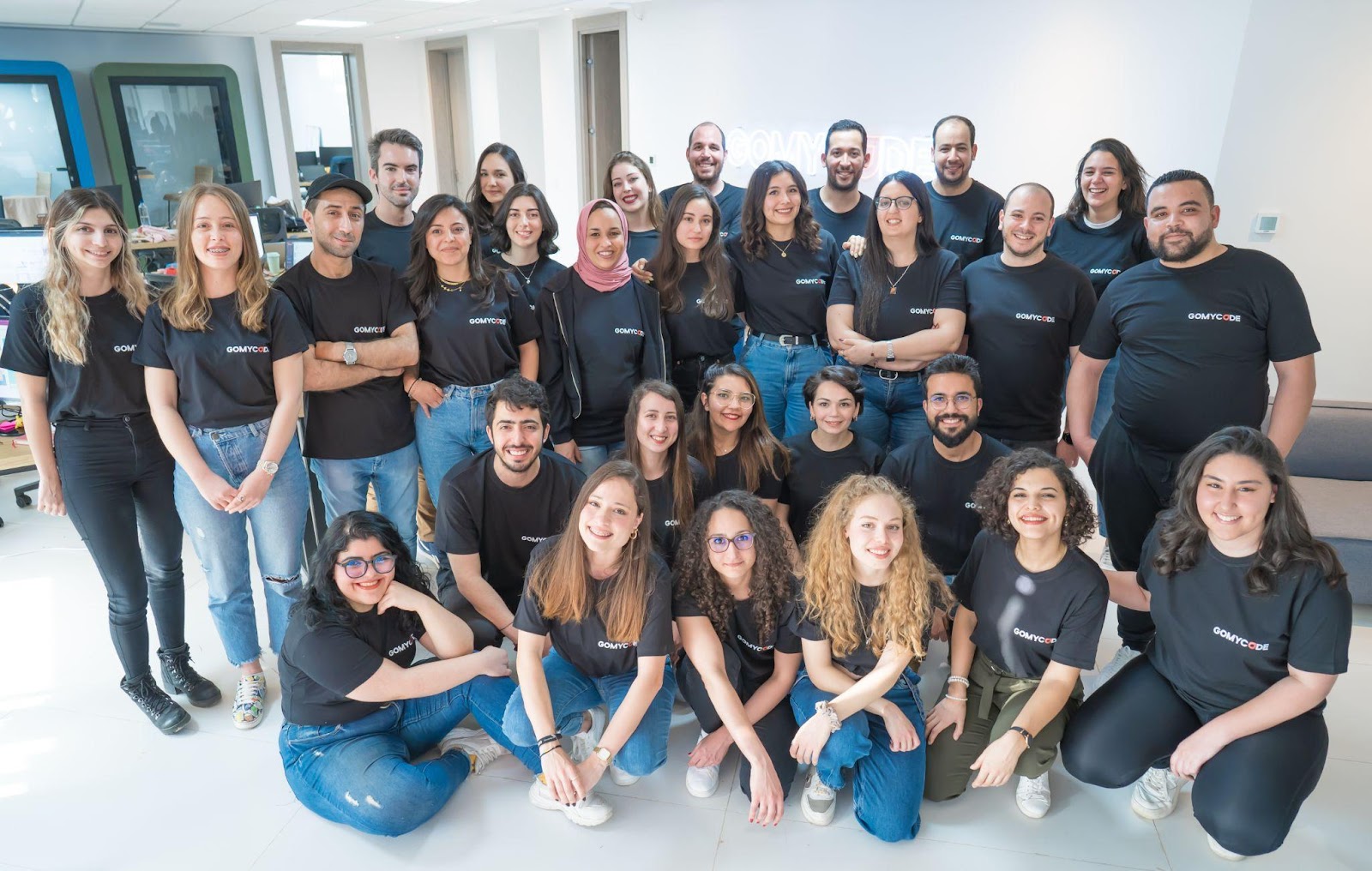 By 2030, it is predicted that the number of youths — people between the ages of 15 and 24 — in Africa will increase by 42%, according to the UN. One of the most pressing challenges the continent currently faces — and will still meet — is upskilling these people in a region where some countries have unemployment rates reaching 30%.

While there are various jobs in every facet of life, tech jobs are currently in high demand in the global economy these days. As such, most venture-backed startups build around upskilling students and professionals in software engineering and generally tech-facing skills. In Africa, a few of them include unicorn Andela, AltSchool, Gebeya, Decagon, Semicolon and others. They operate online-only or hybrid models (a combination of offline and online settings).

GOMYCODE utilizes the latter. It offers over 30 learning tracks ranging from web development to digital marketing and data science to artificial intelligence. Students are required to spend 50% of their time learning online and the other half at one of GOMYCODE’s network of 20 physical centers. Bouhlel says the company has local teachers in every country — over 500 in number — and they teach students in over 12 languages.

“We’re addressing a demand that almost no other company is capturing at our scale,” said the chief executive. “Local traditional training centers offer outdated content and methodology, and international online players struggle to enroll African students due to their lack of understanding of local markets and unaffordable price points. We have a blended education model, we teach in twelve local languages, and we’re positioning ourselves as a regional leader.”

Students on the platform go through two types of programs. One section is composed of skills-driven introductory courses that take up to 3 months and cost an average of $250. The other section involves 5-month-long career-driven studies with an average price of $750.

GOMYCODE says it partners with various institutions to place its students. It claims to have successfully placed 80% of its students through a job-placement program. On the other end, it also works with business clients that use a study now, pay later plan for their employees. This model makes up just 10% of GOMYCODE’s revenues (the company’s overall revenues have grown 3 times each year since its inception).

“There are a lot of impact and mass market players. We are targeting a wide range of students. So our courses are not just for graduates or professionals, or people from a specific social class,” he said. “GOMYCODE programs target mass markets, and our blended model makes us accessible and affordable, which you don’t see a lot.”

The edtech platform has grown from 100 students in its first year to around 4,000 active students today. About 55% of its students come from Tunisia, while the rest are shared among the seven other countries. With this new investment, GOMYCODE is going into full blitzscaling mode and hopes to reach 100,000 students and open 50 centers across Africa and the Middle East in the next 2 years. Already, over 1,000 students enroll in one of its 30 courses every month, the company said.

Meanwhile, Khaled Ben Jilani, the senior partner at lead investor AfricInvest, believes the edtech market in Africa is untapped, and solutions like GOMYCODE “will have a huge positive impact on everyone in the tech and education ecosystem.”