Dedicated AI chips, which speed up AI processing while reducing the impact on battery, have become common in mobile devices like smartphones. But as apps like AI-powered image upscalers come into wider use, manufacturers have been adding such chips to their laptop lineups. M1 Macs feature Apple’s Neural Engine, for instance, and Microsoft’s Surface Pro X has the SQ1 (which was co-developed with Qualcomm). Intel at one point signaled it would offer an AI chip solution for Windows PCs, but — as the ecosystem of AI-powered Arm apps is well-established, thanks to iOS and Android — Project Volterra appears to be an attempt to tap it rather than reinvent the wheel.

It’s not the first time Microsoft has partnered with Qualcomm to launch AI developer hardware. In 2018, the companies jointly announced the Vision Intelligence Platform, which featured “fully integrated” support for computer vision algorithms running via Microsoft’s Azure ML and Azure IoT Edge services. Project Volterra offers evidence that, four years later, Microsoft and Qualcomm remain bedfellows in this arena, even after the reported expiration of Qualcomm’s exclusivity deal for Windows on Arm licenses.

“We believe in an open hardware ecosystem for Windows giving [developers] more flexibility and more options as well as the ability to support a wide range of scenarios,” Panos Panay, the chief product officer of Windows and devices at Microsoft, said in a blog post. “As such, we are always evolving the platform to support new and emerging hardware platforms and technologies.”

Arriving later this year, Microsoft says (somewhat hyperbolically) that Project Volterra will come with a neural processor that has “best-in-class” AI computing capacity and efficiency. The primary chip will be Arm-based, supplied by Qualcomm, and will enable developers to build and test Arm-native apps alongside tools including Visual Studio, VSCode, Microsoft Office and Teams.

Project Volterra is the harbinger of an “end-to-end” developer toolchain for Arm-native apps from Microsoft, as it turns out, which will span the full Visual Studio 2022, VSCode, Visual C++, NET 6, Windows Terminal, Java, Windows Subsystem for Linux and Windows Subsystem for Android (for running Android apps). Previews for each component will begin rolling out in the next few weeks, with additional open source projects that natively target Arm to come — including Python, node, git, LLVM and more.

There’s a cloud component to Project Volterra, too, called hybrid loop. Microsoft describes it as a “cross-platform development pattern” for building AI apps that span the cloud and edge, with the idea being that developers can make runtime decisions about whether to run AI apps on Azure or a local client. Hybrid loop also confers the ability to dynamically shift the load between the client and the cloud, should developers need the additional flexibility. 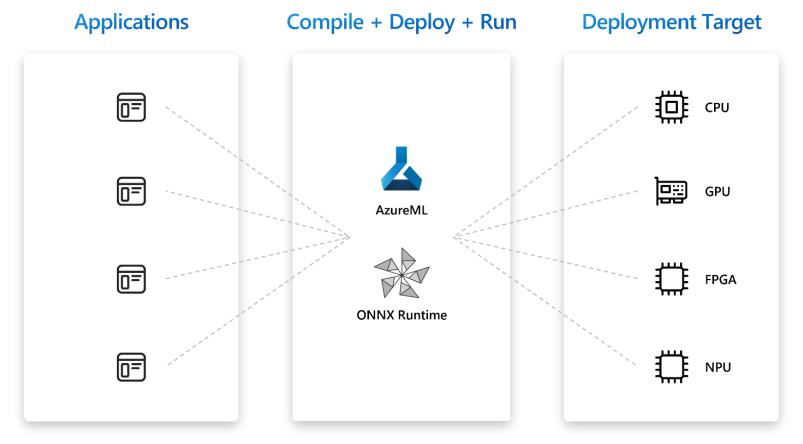 Panay says that hybrid loop will be exposed through a prototype “AI toolchain” in Azure Machine Learning and a new Azure Execution Provider in the ONNX Runtime, the open source project aimed at accelerating AI across frameworks, operating systems and hardware.

“Increasingly, magical experiences powered by AI will require enormous levels of processing power beyond the capabilities of traditional CPU and GPU alone. But new silicon like NPUs will add expanded capacity for key AI workloads,” Panay said. “Our emerging model of hybrid compute and AI, along with NPU enabled devices creates a new platform for [developers] to build high ambition apps leveraging incredible amounts of power … With native Arm64 Visual Studio, .NET support, and Project Volterra coming later this year, we are releasing new tools to help [developers] take the first step on this journey.”