Frustrated by the process, Tod Sacerdoti, who co-founded BrightRoll before a tenure at Flex Capital as an investor, teamed up with seven former BrightRoll employees in product and engineering roles to found Pipedream, an integration platform for building workflows and connecting cloud services. Pipedream allows customers to create workflows with open source connectors to APIs and extensions coded in Node.js, Python, Go or Bash for custom logic.

Investors lined up behind the idea. Today, Pipedream announced that it raised $20 million in a funding round led by True Ventures, with participation from CRV, Felicis Ventures and the World Innovation Lab. Sacerdoti says that the proceeds will be put toward further developing Pipedream’s product, expanding the number of apps on the platform and building out a go-to-market team. 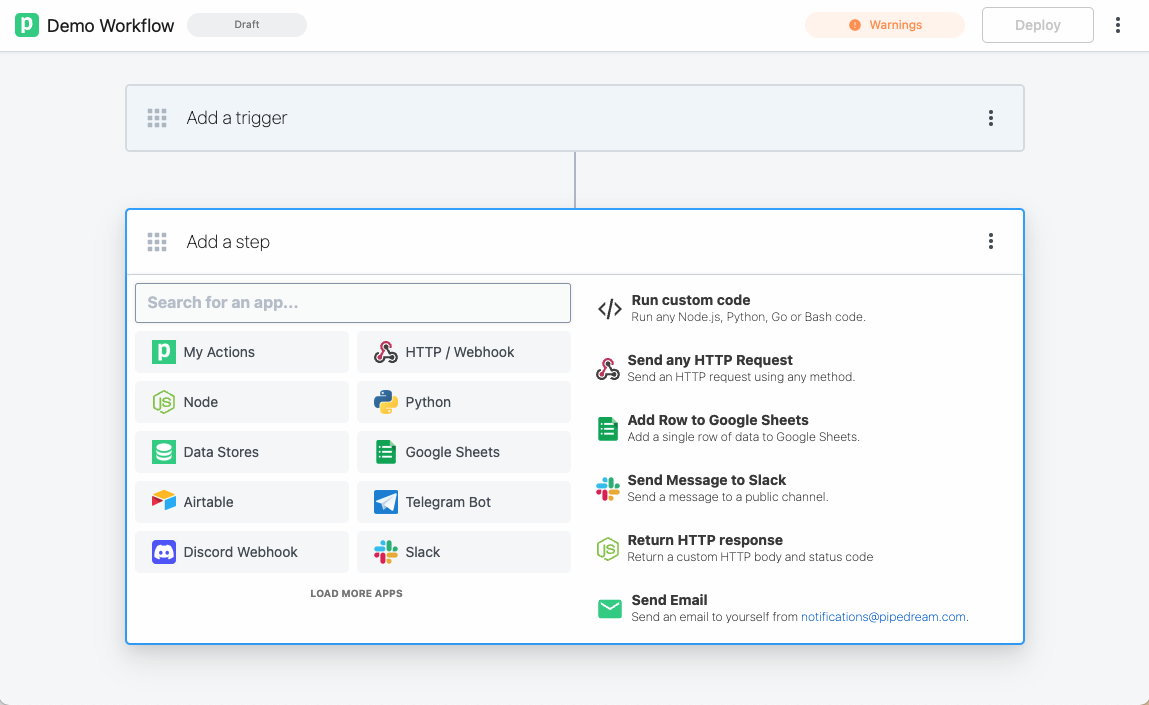 “When BrightRoll was acquired, there was an internal team of ten employees called the ‘product hackers’ that was responsible for [app] integrations … While the business value of the team was massive, it took tremendous resources to build and manage the integrations. We felt there had to be a better way,” Sacerdoti told TechCrunch in an email interview. “When we interviewed our first 30 potential customers, one of them said, ‘This would be so valuable if it existed but it is impossible to build. It’s a Pipedream.’ Hence, our name.”

Founded in 2019, Pipedream is akin to workflow automation platforms like Zapier, Integromat, Workato and MuleSoft — albeit more developer-focused. Any user, customer, or partner can add an integration to the close-sourced portion of the platform, while developers can add proprietary or internal integrations that aren’t intended to be shared with the larger Pipedream community. For example, Sacerdoti says that many customers use Pipedream to interact with existing AI platforms, building integrations to leverage AI models such as OpenAI’s GPT-3 or a cloud service AI product from Google, Microsoft or AWS.

As of today, which marks the general release of the latest version of the Pipedream platform, customers get data stores to store and retrieve data across steps and workflows and single sign-on support.

“A huge percentage of the software engineering being done today is integrating APIs, often called ‘glue code,'” Sacerdoti said. “Data engineering teams are nearly universally under-staffed and engineering leadership wants those teams working on the highest value parts of the business that only they can work on. Integrations rarely clear this bar and, as a result, integrations often don’t get prioritized. As enterprises look for automation and efficiencies, integrations are one of the most impactful and profitable efforts they can take.”

Pipedream has a number of competitors in the workflow automation space, chiefly Zapier and the aforementioned FaaS products. Newer players include n8n, which provides a framework for users to synchronize data and workflows, and Merge, which helps its users build customer-facing integrations with third-party tools.

But Pipedream’s business is booming nevertheless. Sacerdoti claims that the company has more than 100 customers, including Checkr and Scale AI, and sees more than 600 developers sign up every day. Sacerdoti attributes part of the growth to the number of triggers and actions on Pipedream’s platform (thousands), which he believes positions the platform well against rivals. 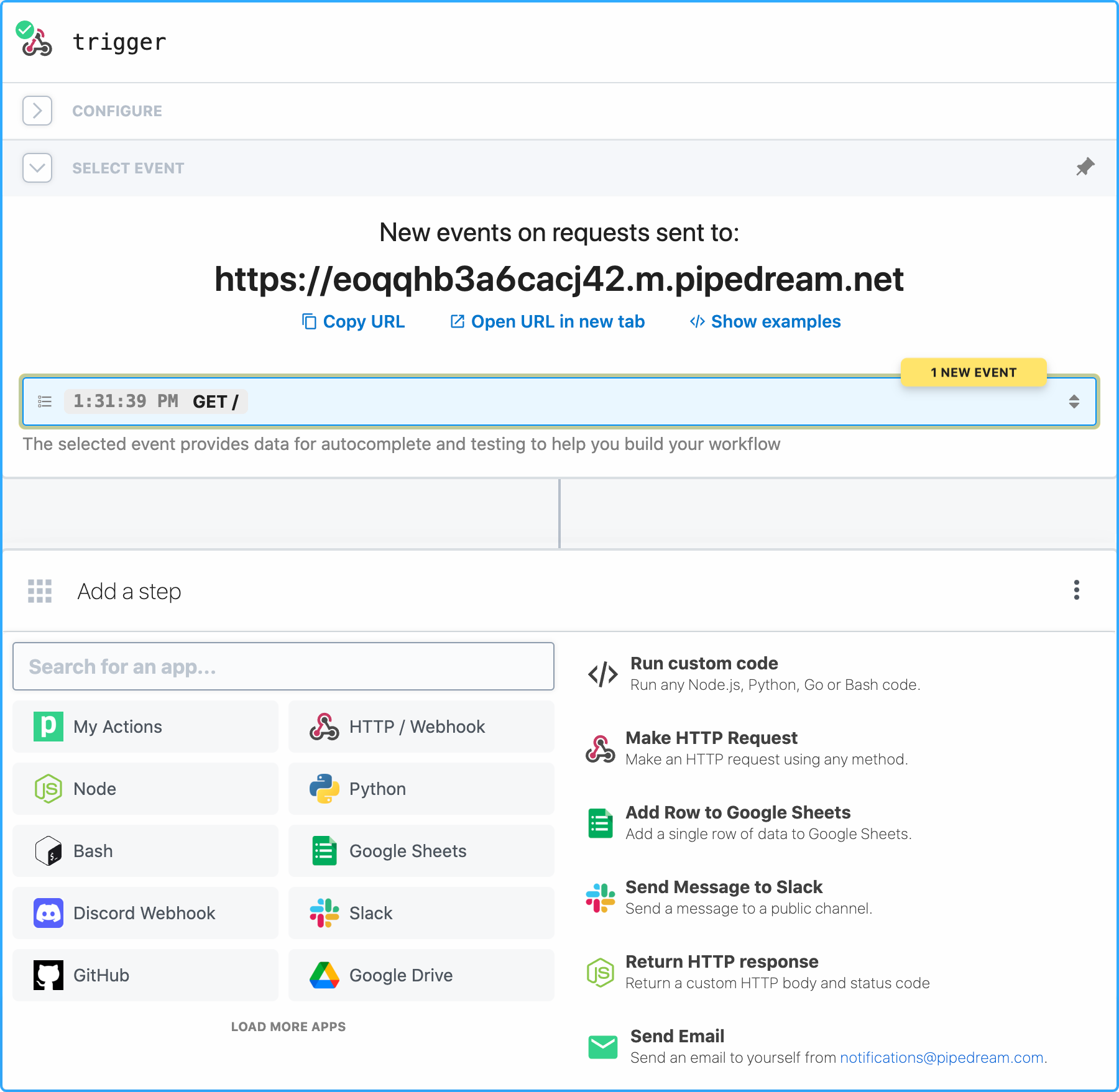 It’s no coincidence that Pipedream’s success comes amid explosive growth in API — and software-as-a-service (SaaS) app — usage. According to a recent survey from RapidAPI, 61.6% of developers relied on APIs more in 2021 than in 2020. And Statista found that organizations worldwide in 2021 were using an average amount of 110 SaaS apps. That’s a lot of apps to connect, and developers tend to prefer API-forward approaches à la Pipedream’s for their simplicity.

“With Pipedream, a single technical user can produce and maintain the same level of integrations that a team of ten could do previously. In addition, the integrations can be worked on collaboratively among a team and hosted/run in the cloud, allowing larger teams to be even more efficient,” Sacerdoti said.