The consensus has long been that Google Glass was ahead of its time. But in recent years, much of the world has since lapped the company in the AR department. To close out today’s I/O keynote, the company showcased what may well be a spiritual successor to the hardware. As CEO Sundar Pichai noted, this is very much just an early sneak peek at what the company has been working on, but the demo video certainly looks promising.

The issue with the original version of the wearable was twofold. First, the hardware simply wasn’t ready. Second, the company really never cracked the “why” of the product — certainly not enough to justify its price point. For those reasons, it never made it too far beyond the developer community.

Enough time has passed to address the first part. As for the second part, today’s video answers the question in a fairly compelling manner: translation. It remains to be seen how fully featured these specs would be if they ever actually come to market, but live, IRL subtitles in a wearable heads-up display is a big deal, if the execution is right.

The video is a stark contrast from the bombast of the original Google Glass announcement at I/O. Gone are the skydivers and extreme-sports enthusiasts. In their place is a subdued promo that demonstrates real-world value.

“Language is so fundamental to connecting with one another. Yet, understanding someone who speaks a different language or trying to follow a conversation if you’re deaf or hard of hearing can be a real challenge,” Pichai told the crowd. “Let’s see what happens when we take our advancements in translation and transcription and deliver them in your line of sight in one of our early prototypes.” 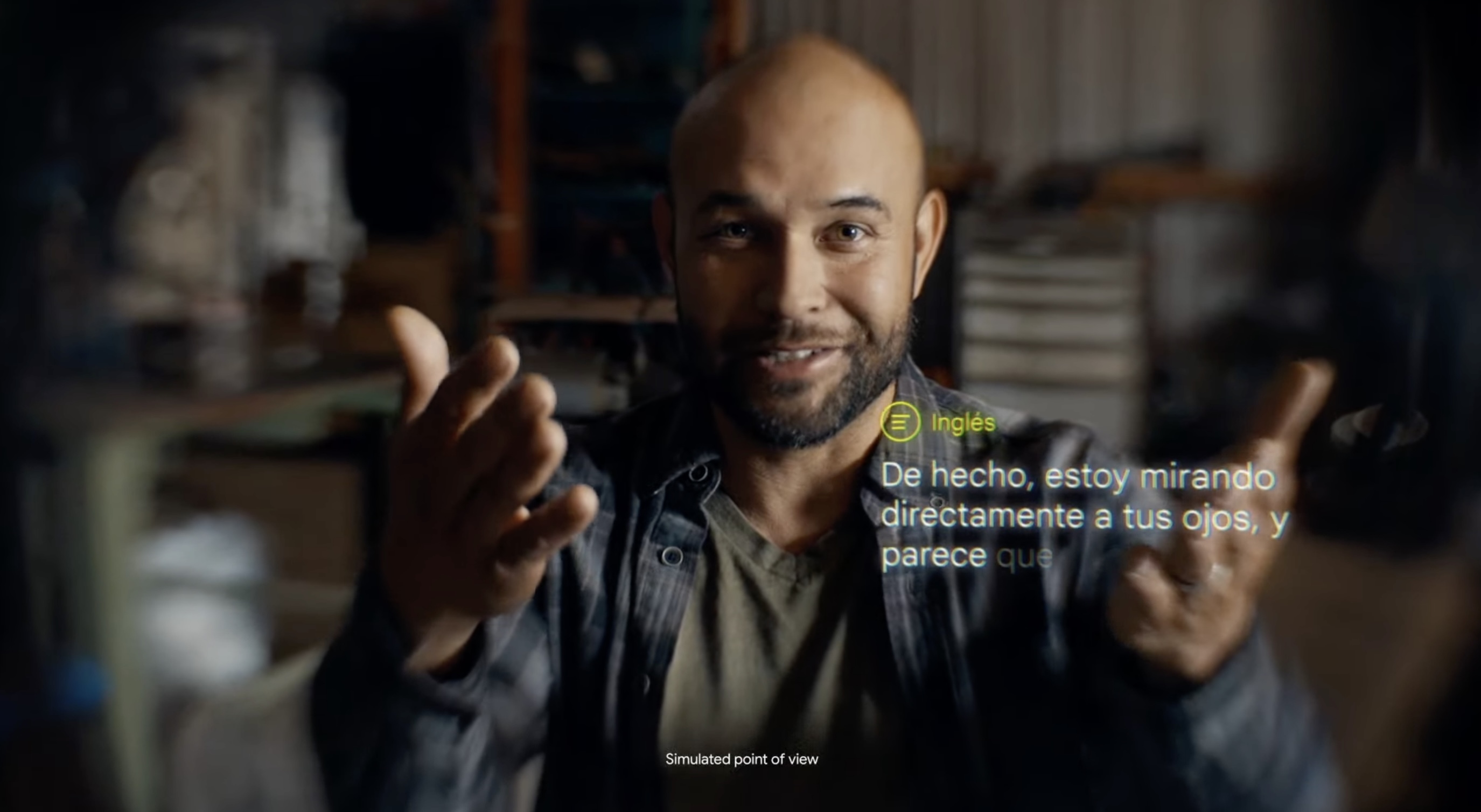 Unlike the deluge of Pixel announcements, Google’s making no promise that such a product will ever actually come to market. Today’s Google I/O debut was, no doubt, a way to gauge interest in a product that isn’t quite fully baked. The video included a “simulated point of view” of what such a display could look like, affording the speaker to look directly at a subject, while reading their words.

Questions around efficacy, pricing and more remain, but if the execution is there, it’s easy to see some true value in a product that marries AR hardware with the company’s longstanding work in translation and transcription software. At the very least, it’s one of the most compelling use cases we’ve seen for a wearable AR display. If Google could find similarly useful implementations for things like Maps, it might eventually have a winner on its hands here.