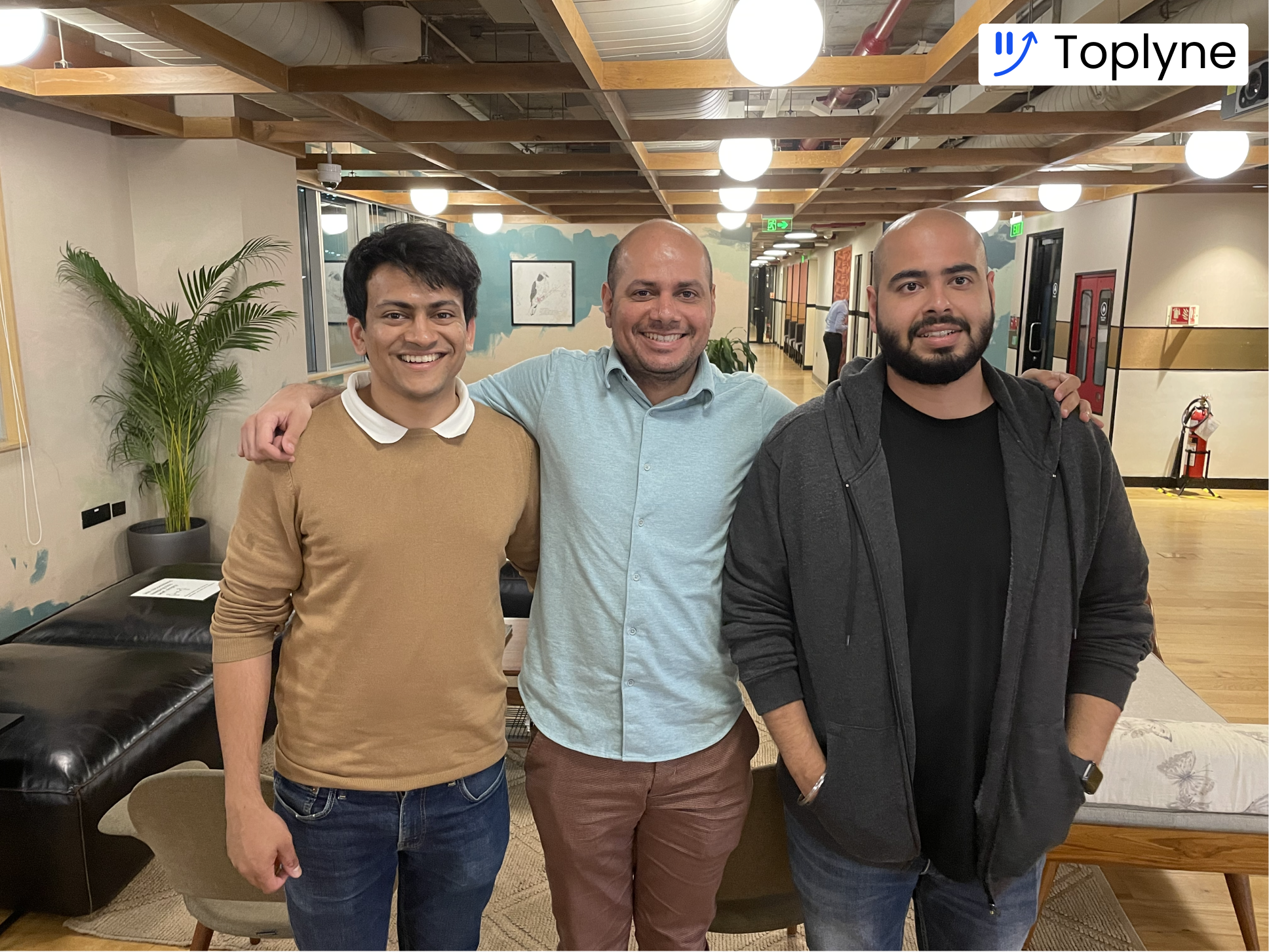 For product-led growth companies (PLG), the perennial question is: How do we get non-paying customers to subscribe? Then the second question is: How do we get paying customers to move to higher tiers? Toplyne wants to help by automating the process of identifying promising leads and figuring out what go-to market strategies will work best for each of them. Launched in June 2021, the startup’s customers already include Canva, Grafana, Gather.Town and InVideo.

The Bangalore-based startup announced today it has raised $15 million in Series A funding led by Tiger Global and Sequoia Capital India, with participation from returning investors Together Fund, Sequoia India’s Surge program and angel investors from Canva, Vercel and Zomminfo.

Toplyne was founded by Ruchin Kulkarni, Rishen Kapoor and Rohit Khanna, who met while working as investment analysts at Sequoia India.

During that time, Kulkarni told TechCrunch they discovered that many product-led growth companies were struggling with conversion rates, even if they had a relatively easy time getting free users. Their growth teams had a hard time not only identifying the best leads among thousands or even millions of users, but also what marketing strategies they should use.

For example, Kapoor said a highly-engaged user may just need to be offered a discount on a paywall. But others might respond better to email marketing or contact from a salesperson.

Toplyne integrates with a client’s existing marketing software (including Amplitude, Mixpanel and Salesforce) and analyzes cohorts of users to show which ones have the lowest or highest potential conversion rates. For example, high engagement with an app, opening marketing emails and answering chatbot questions are all promising signals. This in turn helps growth teams plan their go-to-market strategies for each group. Toplyne analyzes which strategies are working best, or suggests other marketing channels, then helps growth teams see how effective each one is.

The funding will be used to grow Toplyne’s data science, engineering, product and design teams. The company is currently working on its self-serve product and says it has a waiting list of more than 1,000 companies.

In a statement, Naman Gupta, product-growth lead at Canva Pro and an angel investor in Toplyne, said, “Creating the infrastructure and plumbing to support growth experiments, followed by rapidly A/B testing and operationalizing the most repeatable growth strategies is a herculean task spanning several quarters. Toplyne helped us short-circuit this process to a few days.”