Russia’s military aggression against Ukraine has been going on for almost two months, and during this time, all sectors of the economy, including IT, have had to stand by the military.

Ukrainian IT did not break down — it shrank a little, but it is standing firmly, providing employment to people, paying taxes, organizing humanitarian help and assisting the Ukrainian army.

Here are a few key factors that have helped Ukrainian IT, and us as a company, survive:

Companies prepared for war before it started

The media was discussing the possibility of war long before it actually started. Even though everyone hoped for the better, Ukrainians acknowledged that they had a neighbor who could attack at any moment. With this in mind, many IT companies started to plan for emergencies and set up contingency teams. Preparation significantly helped us maintain cohesion when the war started on February 24.

Our company created an emergency team, whose main responsibilities were to ensure the accommodation and transportation of our employees from dangerous zones.

The COVID-19 pandemic forced companies to shift to digital

The ability to work remotely considerably helped IT specialists in wartime. People worked in bomb shelters, in basements, and in cars and trains during evacuations. We were used to working online, so when the war began, it was not a big problem for our employees.

Thanks to the availability of numerous digital tools and programs, our workflow was not heavily disrupted. 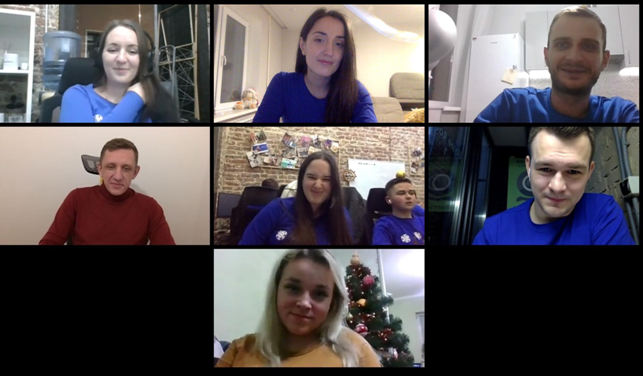 Evacuation of employees to safer cities

It is difficult to leave your country and quickly integrate into life elsewhere, so staying in safe parts of Ukraine was very important for many people. Several million Ukrainians relocated from the east to the western parts of the country, concentrating in cities like Lviv, Ivano-Frankivsk, Chernivtsi, Lutsk, Rivne and Uzhhorod.

IT companies did their best to help their employees relocate. Some covered the cost of moving, while others rented accommodations. The biggest businesses even opened 24-hour hotlines to help with evacuation procedures and psychological assistance.

In the first weeks of war, we helped employees from the east to relocate, rented a hostel in Lviv and invited people to live there with their families. We also transformed part of the office into temporary accommodations and helped employees find and rent flats, which wasn’t easy due to the huge increase in demand for housing in Western Ukraine once the war began.

Evacuation of employees to other countries

Some people decided to temporarily leave the country until the situation improved and go to countries where they could feel safe. Only women, children and retired people could do this and all men aged 18 to 60 stayed back in Ukraine. The war is still raging, but many people who had left Ukraine are coming back now.

Some IT companies relocated their offices to the neighboring countries, mainly Poland, Romania and Hungary. Others helped their employees’ families with relocation, bureaucratic procedures and accommodation.

Only some of our employees left Ukraine. Our emergency plan included accommodation for employees and their families in Slovakia, but in the end, everybody decided to stay back, and we did not have use it.

Support and trust of foreign partners and clients

Despite the risks and the vulnerability, many foreign customers continued their projects in our country. This trust and support is extremely important for Ukraine’s IT sector, since it helps businesses survive.

However, the level of productivity at companies did not decline. People feel extremely motivated to work and demonstrate good performance to foreign clients. Many employees who lived in the safer parts of the country went over and above, covering for and supporting their colleagues who were relocating from the war zones.

Overall, the Ukrainian IT sector managed to ensure secure and uninterrupted project delivery. 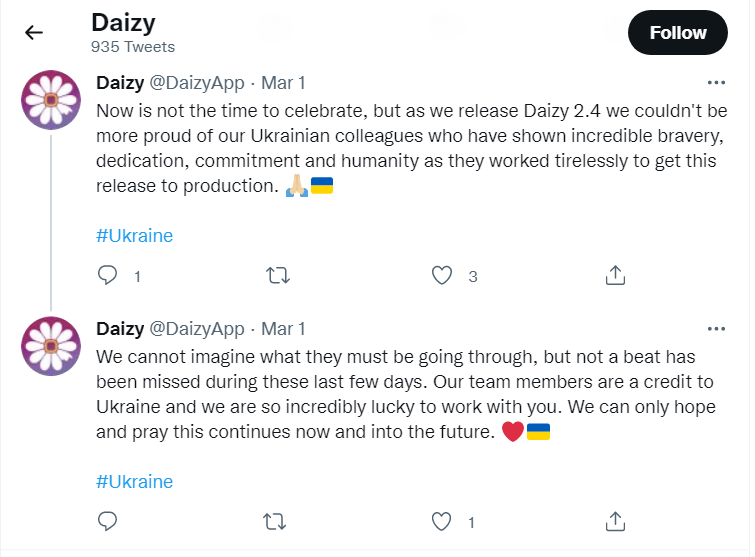 Many IT companies in the safer parts of the country have transformed part of their offices to accommodate employees and their families from other regions. Many offices were temporarily turned into humanitarian centers, which provided people support and assistance in the initial weeks of war.

Protection of the Ukrainian army

Thanks to the immense efforts of the Ukrainian army, many cities are now safe and allow people to live and work relatively calmly. Many IT specialists signed up to protect their land. People who were coding, managing and working on complex technology before the war put down their laptops and picked up weapons.

Other IT specialists remained to maintain the IT front, which is no less important. IT companies are actively involved in volunteering at the corporate level to organize funds and initiatives to help the army financially.

Our CRO and co-founder, Igor Luzhanskiy, joined the Territorial Defenсe Forces at the beginning of the war. His battalion is protecting our land and ensuring public safety.  We try to constantly support him and his battalion with technical and material means. 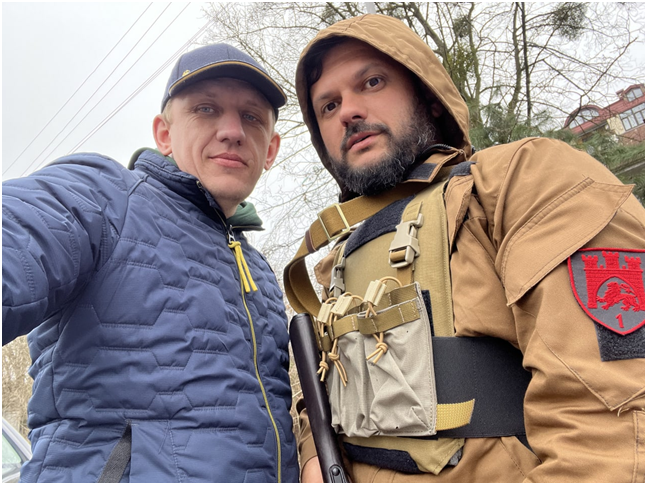 The motivation to help one’s own country can do miracles. IT companies have been working on volunteering projects from the first days of the war.

Some develop apps for the military while others develop solutions for civilians. Today, there are hundreds of different initiatives, and their existence shows the unity of business for a common purpose — the victory of Ukraine. IT companies have acknowledged the complexity of operating in conditions of war, which has led to many businesses uniting and helping each other.

In less than a month after the war began of war, we have made five fully operational social, humanitarian and medical chatbots, as well as an informational website that explains the war in Ukraine to the international community.

Our co-founder and strategy board member, Andriy Sabanskiy, has united professionals and companies from Ukraine and the U.S. to work with local, national, governmental and international professional medical organizations to provide information and training to the military.

More than a thousand military professionals have already passed the training. The app, TacticMedAid, was downloaded by more than 43,000 users on the iOS/Android stores. Our Telegram chatbot of the same name is actively used by the military and civil population to learn about tactical medicine.

It is believed that demand for IT will remain high, and the IT sector itself may become the new driver of the economy. The situation depends entirely on how long this war will last and how it will end. Despite the level of support for Ukraine, businesses are very reluctant to take risks and function in unpredictable conditions.

How can you help?

Unfortunately, due to the vulnerability of the market, many IT companies lost customers at a time when they need support more than ever. You can help!

If you have a new project and are searching for possibilities to implement it, work with Ukrainian companies.You will get quality work at a decent deadline, and you’ll be helping the Ukrainian economy as well.