Cloaked, a Boston-based startup that allows users to generate unique email addresses and phone numbers when creating online accounts, has secured $25 million in Series A funding.

Founded in 2020 by brothers Arjun and Abhijay Bhatnagar, Cloaked allows privacy-conscious individuals to create unique identifiers. The service, available as an app and a browser extension, creates “cloaked” identities — such as emails, phone numbers, passwords and credit card numbers — that can be unique to any given online service. Cloaked operates like a password manager, but rather than saving a user’s passwords, the platform creates and replaces personal information with “cloaked” data.

Unlike other services that generate identifiers, such as Apple’s Hide My Email, Cloaked’s smart settings make it easy for individuals to personalize and customize how each identity works. For example, individuals can choose what, when, where and with whom they share information, and each email address and phone number can be turned on/off, snoozed, expired and automatically updated if compromised. Users can also choose whether they want messages to auto-forward to personal emails and phone numbers or for them to live within Cloaked.

“People liked this idea of feeling known, but not surveilled,” Abhijay tells TechCrunch. He said that those currently using Cloaked in an early preview are creating identifiers for online banking to online dating. “We really want to rebuild people’s relationship with not just their data, but technology as a whole,” he said. 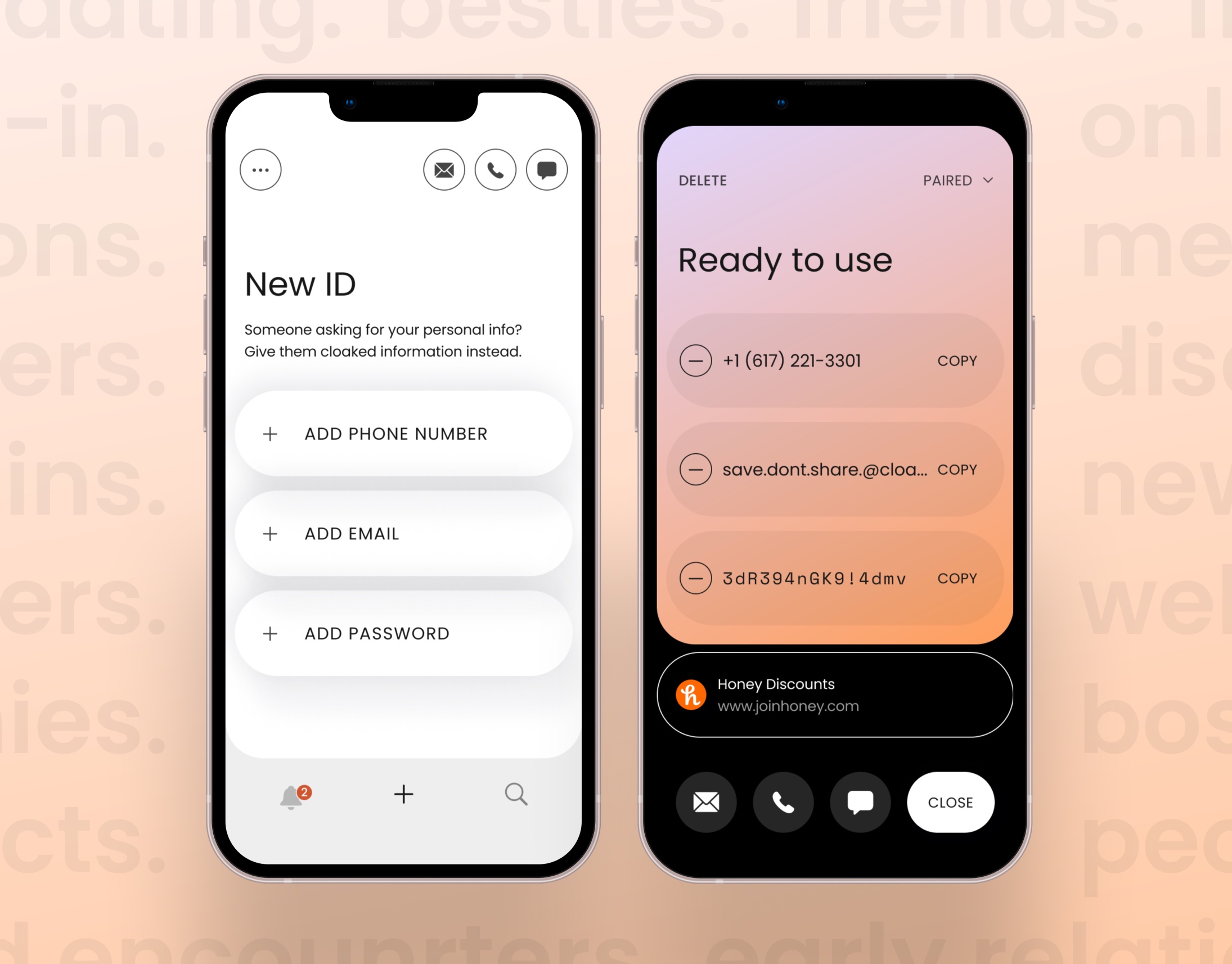 Cloaked, which is currently a free service but plans to move to a freemium model, tells TechCrunch that its Series A funding, which was co-led by Lux Capital and Human Capital, will help it to continue to build out its product and exit beta. The startup now has a 26-strong team of fully remote employees and is looking to hire. “We’ll be sticking to remote-first,” Arjun says. “This broadens our ability to hire the best talent in the world wherever they are, and we want to make sure that our team is full of the smartest people around.”

Cloaked is the second startup founded by the Bhatnagar brothers. Prior to launching their latest venture, they founded and sold Hey! HeadsUp, an online platform that allows users to add tasks to other peoples’ schedules without sharing multiple calendars and event invites.

Why are cybersecurity asset management startups so hot right now?