It can be challenging to prove or navigate addresses in Africa due to poor addressing infrastructure. And for some countries like Nigeria, customers need to accurately provide their addresses to financial institutions such as banks and fintechs to set up bank and other accounts.

Customers use inefficient processes like utility bills or send physical agents to the address, both lengthy and costly procedures. But the challenge of address verification has a broader impact on the socio-economic environment.

According to a survey conducted by OkHi, a smart addressing startup on hundreds of Nigerians, 78% stated they were required to prove their address to get a job. In addition, 50% said they did not have a utility bill and 57% revealed they could not verify their address in certain situations.

OkHi is tackling these challenges in Nigeria with its technology and has raised a $1.5 million seed extension to scale its efforts. The round brings its total seed raise to $3 million.

Timbo Drayson founded the company in 2014. Its products allow banks, fintechs and businesses to collect and verify customers’ addresses through their smartphones, replacing the need for utility bills and in-person interactions. The company claims that it is the only smart address verification service globally with this smartphone feature.

As a product manager at Google for seven years in London and the U.S., Drayson was part of the team that launched Google Maps across Europe, the Middle East and Africa. He first came across the addressing challenge, particularly around the team’s work in Africa. But it wasn’t until after taking a sabbatical and traveling across the continent’s east and west regions that he decided to take the next step of solving it.

“The problem that I was experiencing firsthand, whether it was trying to get a delivery, then from Jumia, in its early days, or whether it’s just trying to register for a SIM card, everyone was asking for an address, and there’s no way for me to give an address. And I realised that this was a huge problem, not just for every Nigerian, but also for half the world,” the founder and CEO told TechCrunch.

Nigeria is OkHi’s launch pad, and building for financial services is its starting point. As pointed out earlier, banks and fintechs need to verify customers’ addresses to properly onboard them. Typically the options are manual, which means an agent confirming the address offline or inefficient digital methods such as using utility bills.

OkHi’s service integrates into a mobile banking app or fintech application and enables them to digitally collect the accurate addresses of their customers and verify them.

How this works is that consumers go to OkHi’s website and create addresses by dropping a pin on their map with a virtual representation of their street. OkHi collects this address but uses location data from the consumer’s phone to actively check how long the phone spends at the address that the consumer saved. After a while, OkHi builds up a profile using its “AI-powered verification engine” to determine if the consumer resides at that address or not.

Once consumers create and verify their addresses, they can use them across OkHi-partnered financial institutions, some of which include Interswitch via its Quickteller product and Stanbic IBTC. According to OkHi’s press release, a pilot conducted with the latter showed that its address verification product is 30% more accurate, 4x faster and 50% cheaper than the industry standard of sending a physical agent to a customer’s door. 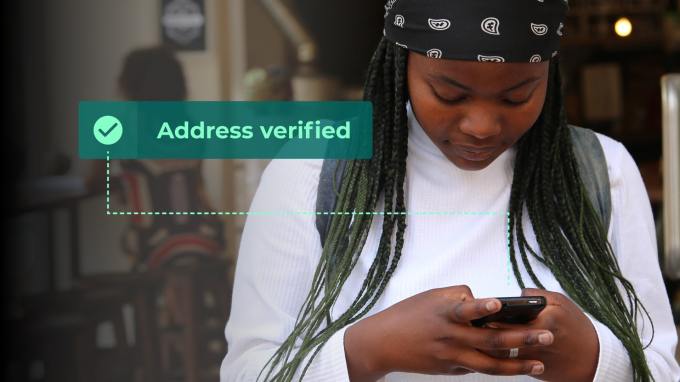 The company is in talks with 15 other banks and fintechs, with plans to roll out with them in the coming months, said Drayson. He also mentioned that OkHi would provide its address verification and collection services for industries such as last-mile delivery, e-commerce, food delivery and emergency services in a bid to diversify its clientele.

OkHi charges its clients on a per transaction basis. Every time a business successfully verifies a customer’s address, it charges N500 (~$1). OkHi claims to have “hundreds of thousands” of users.

Drayson said his company is noticing strong demand from businesses in other countries globally, like Egypt, India, South America and Southeast Asia. However, the company — which has created addresses in 54 countries so far– is shunning requests to expand officially in those markets to focus on Nigeria, where it’s targeting to reach 1 million users in the next six months.

The investment will be vital to achieving that as OkHi doubles its team–mainly remote with staff in Nigeria, Ethiopia, Kenya and London–as it looks to hire aggressively across engineering, sales, products and engineering to drive consumer and B2B growth.

Investors in the round include Chapel Hill Denham, Flutterwave’s founder and executives and EXFI, a syndicate of ex-Googlers.

OkHi’s is one of the main players in Nigeria’s identity and address verification space, including YouVerify and VerifyMe. Explaining how OkHi stands out, Drayson said his company focuses on addressing people, not places.

“I think a straightforward way to try and understand the difference is that we focus on addressing people and not places. And what I mean by that is that a lot of addressing businesses or technology essentially provide a way for someone to find a building or a place, but they don’t know who’s inside it,” he said.

“And the core differentiator of what we’re doing is that we fundamentally are giving people these verified addresses. And that is something that no one else in the world is doing and is a core differentiator and the reason why we talk about the importance of addressing people and not places.”