Sirona Medical, a company developing an “operating system” for digital radiology, has acquired Nines — a company that has developed FDA-cleared analysis and triage algorithms. This acquisition comes during a somewhat shaky moment in AI-based radiology. But Sirona is betting this move proves out its thesis: to bring AI into the clinical workflow, we need to rebuild things from the ground up.

To understand where Sirona and Nines fit together, think about the IT behind radiology as a layer cake. The first layer of that cake is made of medical image databases. The second layer is software that radiologists interact with on a day-to-day basis, like viewing or reporting software. The third consists of AI algorithms that can search for patterns in those images or help doctors make decisions.

RadOS, Sirona’s core product, aims to bring together these bottom two pieces, and allow for AI algorithms to be layered on top — which is where Nines has made significant progress.

The company has created algorithms that it claims can actually aid in physician decision-making. One of those algorithms allows scientists to measure the size of lung nodules (abnormal growths) to help detect respiratory diseases. The other algorithm evaluates CT images of the brain for signs of intracranial hemorrhage and mass effect. The goal is to help doctors triage patients. (Both algorithms have received FDA 510(k) clearance.) 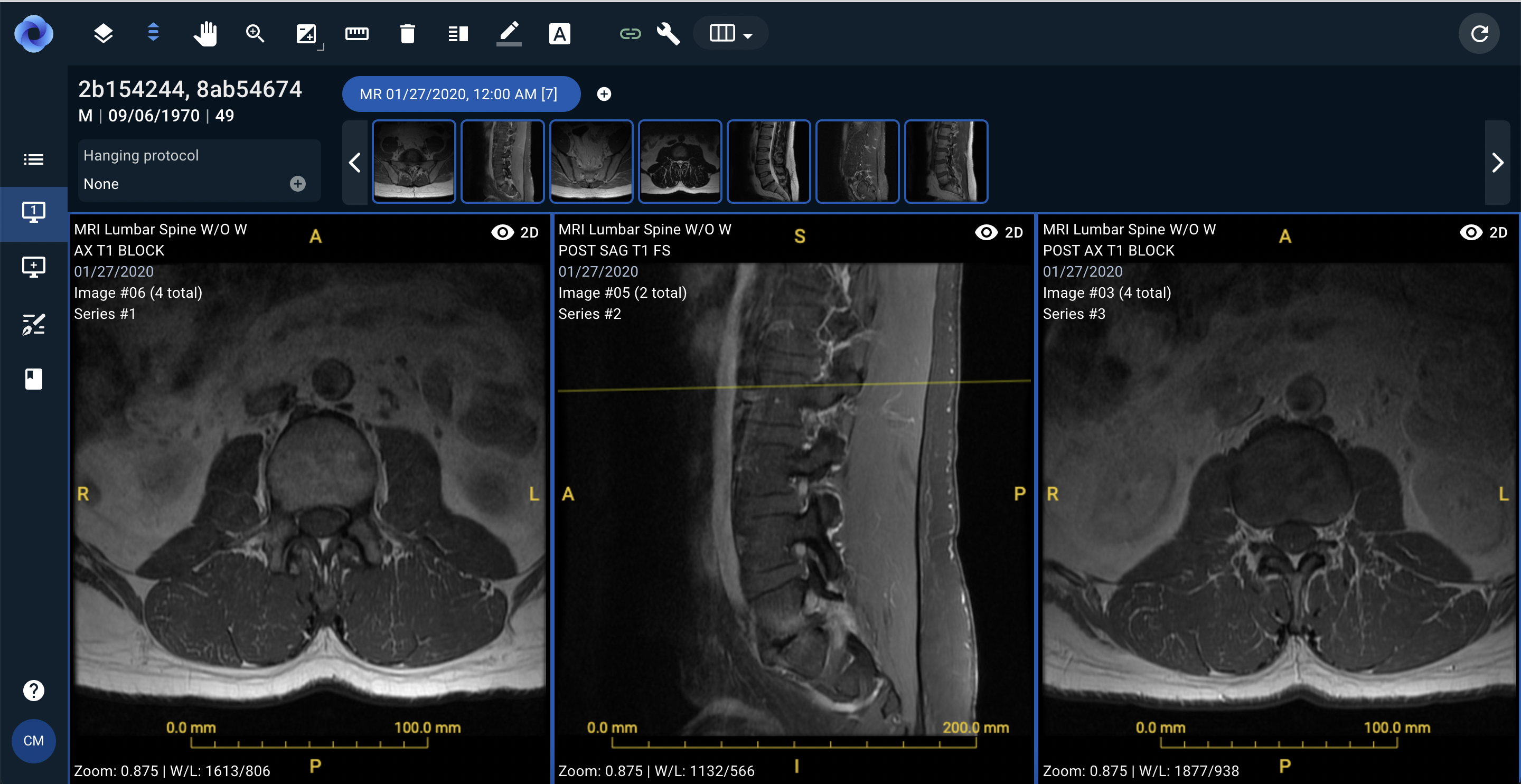 This acquisition is happening because, to truly integrate algorithms into clinicians’ workflow, you need to unify layers one and two, Sirona CEO Cameron Andrews told TechCrunch. RadOS, he said, was poised to solve that problem.

When it comes to AI in healthcare, it’s been a mixed bag lately. On one hand, you have the spinoff of IBM Watson Health in January — a blow to AI radiology optimists. But it’s not enough to dampen enthusiasm. That same month, Radnet, the largest outpatient diagnostic imaging provider in the country, acquired two companies invested in AI imaging analysis for cancer, pulmonary diseases and neurodegeneration.

Then there’s the elephant in the room: The anticipated AI radiology revolution has yet to arrive. A survey of about 1,400 members of the American College of Radiology done in 2021 found that just 30% of radiologists currently use AI in their clinical practices, and 20% of those that did not use AI planned to purchase new AI tools within the next five years.

Sirona’s pitch is that the issues that have stymied AI applications in radiology are baked deep into industry’s legacy tech. All those aforementioned “layers” aren’t designed to work together.

Even before you add on clinical support algorithms, radiologists are already working with three or four different pieces of software, said Andrews. Then, if you want to add on a new software program that employs AI capabilities, you have to add yet another to that bundle. As one review paper in Radiology Artificial Intelligence notes, robust AI software requires the installation of vendor-specific software on individual workstations. This process, the paper notes, can add complexity when it comes to adopting new technology.

In that light, Sirona’s acquisition of Nines will unite those top-layer algorithms into RadOS. What does that actually mean for doctors? It means they’ll be able to move seamlessly from an annotated image, to report. A doctor could now click on a lung nodule, have it measured using Nines algorithm, and then with another click, insert that measurement into a report.

This seems almost mind-numbingly simple. And yet despite that, it was “impossible to achieve,” Andrews said. 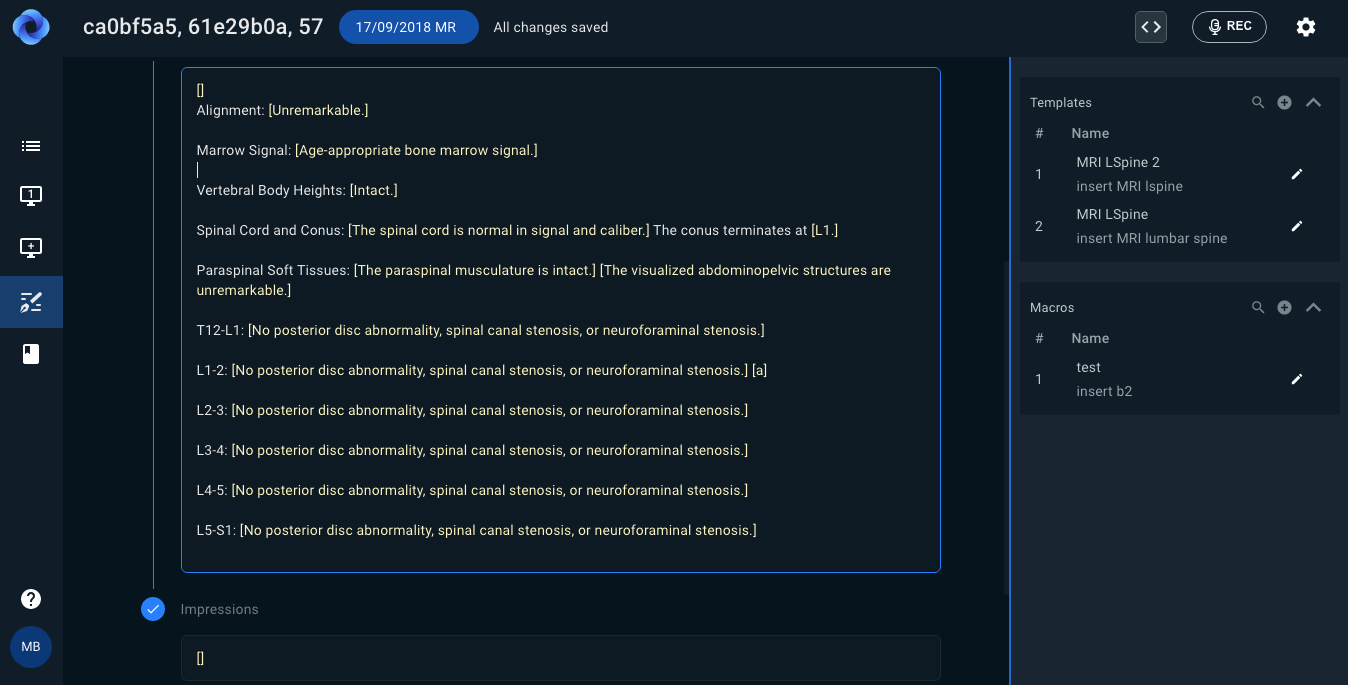 “AI and computer vision represents the ability to correlate pixels with words, [and] natural language processing represents the ability to correlate words back to the pixels themselves,” he explains. “That bi-directional connectivity cannot be achieved today because software used to create the report and the software used to look at images are functionally separate. And they’re totally separate from the algorithms.”

Sirona has only acquired Nines’ clinical data pipeline, its two FDA-cleared algorithms, its machine learning engines and its radiology workflow management and analytics tools. The company, interestingly, has not acquired Nines’ teleradiology arm. Nines also employs radiologists who work remotely, and provide their expertise to hospitals and clinics.

The teleradiology arm wasn’t a fit for Sirona because Sirona “isn’t in the radiology services business,” said Andrews. But he declined to discuss the details of the deal.