When Vincent Jiang was working as a software developer, his daily job was to build tables for financial analysts so they could create financial reports on trading strategies.

He thought that in some cases, the analysts could do that themselves rather than relying heavily on the engineering workforce — they just needed the right tools to get them up-and-running. That’s how the idea for Acho, a super app built for data workers, got started.

Jiang partnered with co-founder Samuel Liu to start the company in May 2020. They went through Y Combinator’s summer 2020 batch and now have $2.2 million in seed funding, led by Goat Capital, with participation by Liquid2 Ventures and Capital X.

Acho turns a company’s data assets into business applications, like a performance dashboard, project management or web app, without the help of IT resources or any existing data infrastructure.

“The biggest issue facing data teams today is literacy,” Jiang told TechCrunch. “If you haven’t been writing SQL for many years, you’re not super comfortable with it. That’s why we thought, with Acho, you could build this kind of collaborative database for teams so they can consume data without in-depth technical knowledge — think Google Sheet for real-time databases.” 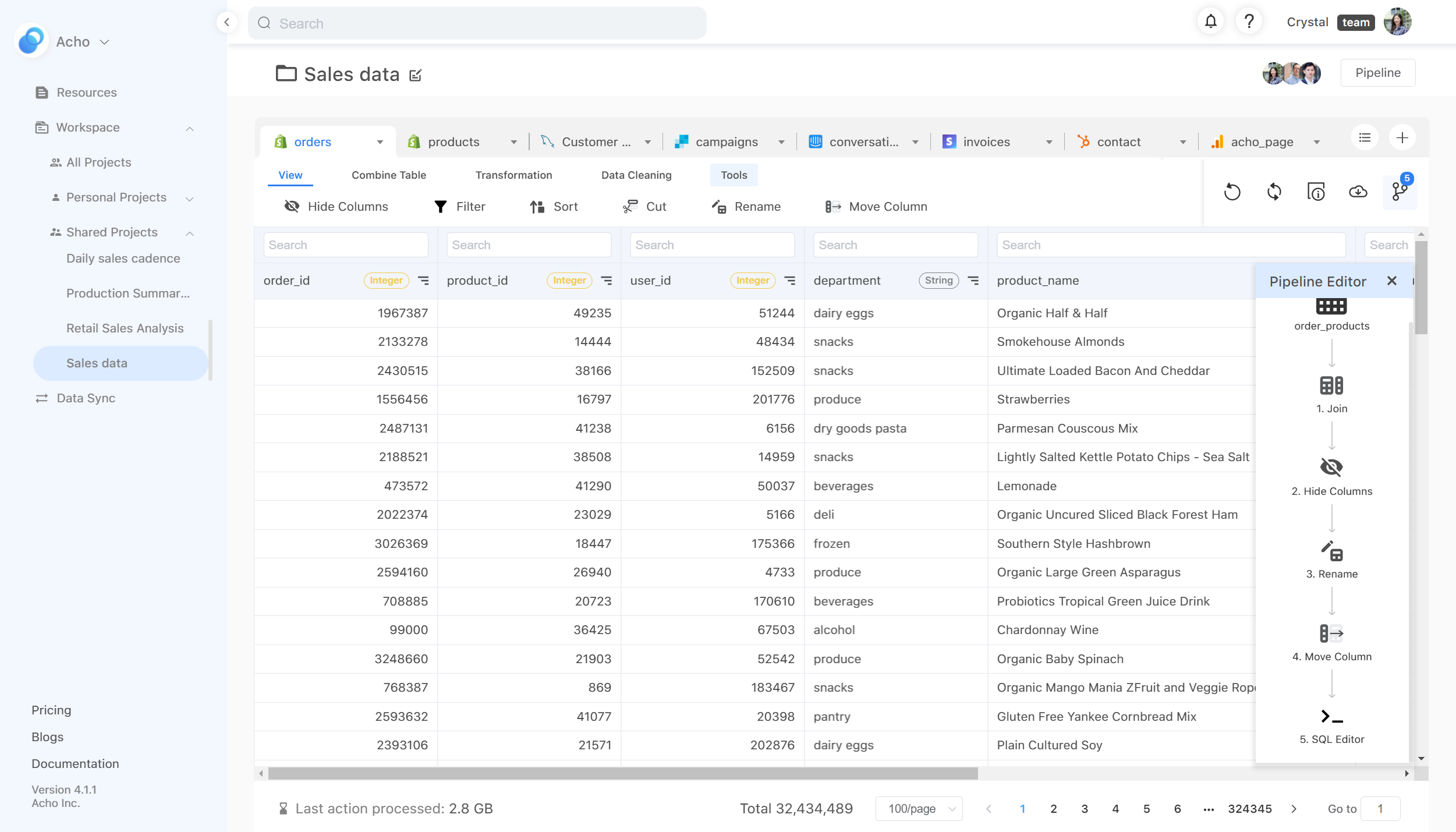 Currently, Acho counts over 50 teams as customers using the app to bring data, teammates and applications together. In addition, its team of three people grew to 11 in the past three months, Jiang said.

After graduating from YC in 2020, the product was just a month old, so Jiang and Liu decided to postpone going after funding for a bit in order to get more customer traction. What ended up happening was they closed a round fairly quickly, much to their surprise.

“We just didn’t know that there’s this much enthusiasm in our space,” Jiang said. “Some of the companies in our batch, within a year or two, became a unicorn in the data space, so we realized there’s a tremendous amount of demand from the investor, but we want to only raise a little initially to avoid dilution and so we could focus more on customers.”

As such, he intends to use the new funding to build out features, services and infrastructure that customers are asking for. He also wants to increase the size of the team to meet the 50% customer growth the company is experiencing each month.

Goat Capital founder Robin Chan said he and Justin Kan thought Jiang and Liu were focused on “building a real business” and were impressed by their quick traction.

“Vincent is a super gritty entrepreneur that built a strong core team,” Chan added. “That’s the thing that attracts us in this category of enterprise businesses. There’s just such a flood of funding for SaaS products out there, but that creates a ton of fragmentation in the enterprise, vendor space, and we’re looking for people that create a data tissue or circulation system, to make it smoother for the company to operate, especially in the paradigm of remote. It’s harder and harder for people to collaborate with all of these fragmented products. You need a common foundation on data, this is what Vincent has built and it’s really powerful.”

With more data available than ever, are companies making smarter decisions?