Founded in 2015, CloudApp aims to help teams share information faster through instantly shareable videos, gifs and screenshots. The tool is an all-in-one screen recording software that captures and embeds HD video, marked-up images and more into workflows. Every file users create is securely stored in the cloud, and accessible via CloudApp’s native Mac and Windows Apps, or shareable on the web through secure password-protected links.

The goal of the company is to help teams avoid having to schedule extra calls or emails and instead communicate their message through simple shareable videos. CloudApp sees itself as a visual voicemail that can be read at any time without disrupting workflows. The tool supports dozens of integrations, including Slack, Atlassian, Trello, Zendesk and Asana. Since its launch, CloudApp has garnered more than four million total users. Notable CloudApp clients include Adobe, Uber, Zendesk and Salesforce.

CloudApp CEO Scott Smith told TechCrunch in an email that the company will use this latest investment to make the tool faster, more deeply integrated and secure. The startup also wants to help more teams discover and use CloudApp to enhance their workplace productivity. 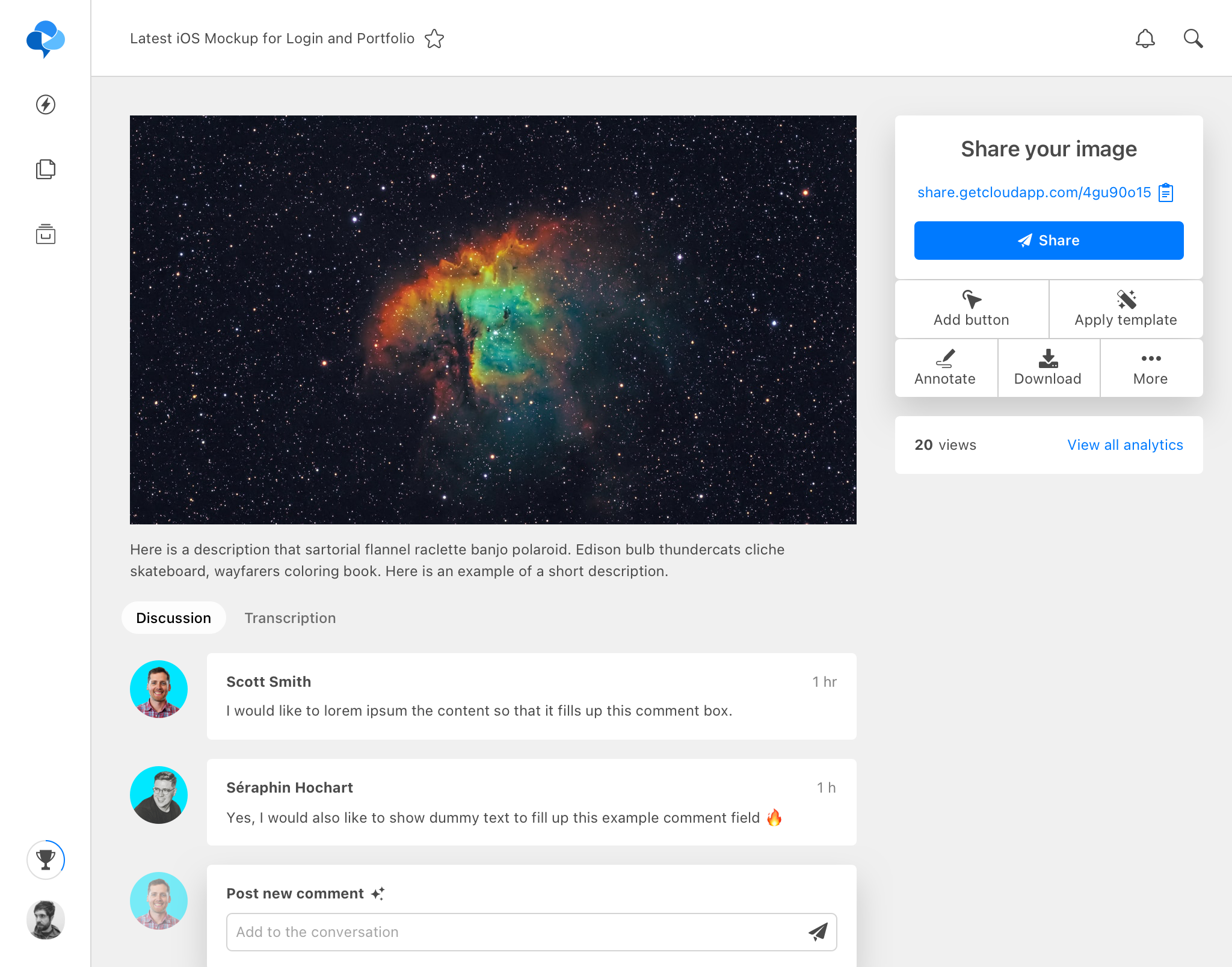 “To accomplish those goals, we need some more of what we already have: awesome people,” Smith said. “We plan to build out our product and engineering teams to continue increasing our speed and user experience. Marketing will be another key focus, as we work towards making sure every workplace has CloudApp as an indispensable part of its workflow. We’ll continue scaling our successful sales team to bring CloudApp right to the teams that need it the most.”

In terms of the future, Smith says CloudApp envisions a world where employee and customer interactions will become instantly more searchable and shareable than ever. He noted that artificial intelligence can help surface the most relevant and significant content, which makes CloudApp’s vision possible.

“We see CloudApp initially as an incredibly easy and fast way to capture what you need to share. Knowledge is power, so teams can then build out repositories of content and quick-help videos that can be used throughout workflows and integrations to help all parts of an organization: sales, support, product, engineering teams, etc,” Smith wrote. “Asynchronous work is the future, and CloudApp can help every team member become a more productive, superhuman version of themselves.”

CloudApp’s Series A funding follows its $4.3 million seed investment announced in May 2019. That round was led by Kickstart Seed Fund and also included previous investors Cervin Ventures, Bloomberg Beta and Kyle York, who was the vice president of strategy at Oracle at the time.