Lipa Later, a Kenyan tech-led consumer credit platform, is planning to expand to new markets in Africa after raising $12 million in pre-Series A funding.

The equity and debt funding round was led by Cauris Finance, Lateral Frontiers VC (one of Lipa Later’s first investors) and GreenHouse Capital, with participation from SOSV IV LLC, Sayani Investments and Axian Financial Services.

The startup, a buy now, pay later (BNPL) company founded in 2018, is now planning to enter Tanzania, Ghana and Nigeria, and expand in its existing markets, which are Kenya, Uganda and Rwanda.

“We are excited to be working with our investors as we look to grow and expand to more markets in Africa. In the next 12 months, we are looking to grow and double our presence in the existing markets, even as we open in three to five new markets in Africa,” said Lipa Later co-founder and CEO Eric Muli.

Commenting about this latest funding round Samakab Hashi, partner at Lateral Frontiers VC said, “This latest round of funding leaves them well placed to expand their product offering and takes Lipa Later one step closer to being the dominant Buy-Now-Pay-Later player on the continent.”

Lipa Later has exclusive partnerships with retailers across these markets allowing shoppers to pay for products in installments. For instance, Lipa Later’s partnership with French retailer Carrefour (which has a regional presence) allows customers to pay for items including furniture, electronics and even perishables in monthly installments.

Customers pay a monthly interest rate (about 2.3% in the case of Carrefour) on the credit extended to them. The startup is planning to forge more partnerships with merchants in its plan to cover more countries across Africa. 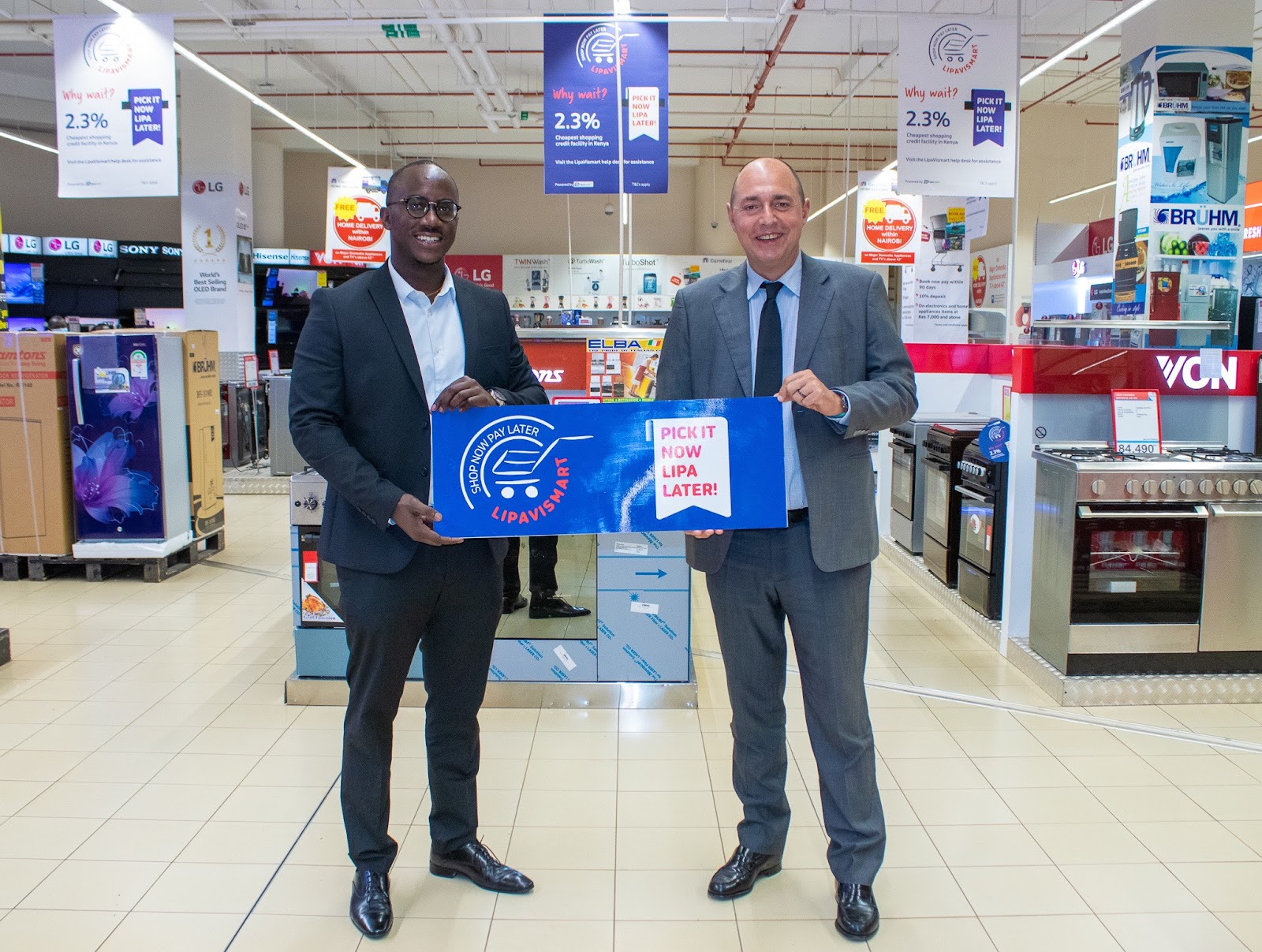 “Lipa Later is not only changing the consumer credit landscape across Africa, which to date has been largely inaccessible for most, but also catalyzing the future of shopping, e-commerce and payments. They’ve done this in a truly product and customer-led way that benefits both merchants and consumers, and has proven to be incredibly scalable across multiple markets,” said GreenHouse Capital partner Ruby Nimkar.

Lipa Later’s proprietary credit scoring and machine learning system allows consumers to sign up and get a credit limit almost instantly. The startup has also built a BNPL API that integrates into e-commerce platforms that enables merchants to sell products directly to consumers and makes it possible for consumers to remit monthly installments for items purchased.

The new funding adds on to an undisclosed 2020 investment by Tokyo-headquartered Uncovered Fund, which invests in early- and seed-stage startups in Africa. Lipa Later was among five startups that received the funding.

Lipa Later is among the leading players in Kenya’s BNPL market, where it competes with Aspira, Miti, Flexpay Technologies and Julla. According to this 2021 survey about Kenya, the BNPL payment industry in the country has experienced a strong growth owing to a rapid e-commerce penetration, and the effects of the economic slowdown due to the COVID-19 pandemic. The BNPL industry in Kenya is expected to record a CAGR of 30.8% during 2021 to 2028. The Gross BNPL merchandise value is expected to reach $589.5 million in 2028 up from $51.6 million in 2020.

In its bid to traverse Africa, where opportunities abound as e-commerce and alternative credit sources grow, Lipa Later will have to contend with competition from South Africa’s Payflex (which was recently acquired by Australian BNPL Zip) and PayJustNow, and Nigeria’s PayQart and Carbon Zero.