Apple announced that it has officially released Swift Playgrounds 4. The tech giant first announced the upcoming launch of the new software at WWDC earlier this year. With this latest launch, the software now lets users build iPhone and iPad apps with SwiftUI directly on their iPad. It also allows you to preview apps in real time as you make changes to your app. Apple notes that developers are now able to upload their finished app to the App Store with its “App Store Connect” integration.

“Swift Playgrounds is the best and easiest way to learn how to code,” Apple said in a blog post. “Code is immediately reflected in the live preview as you build apps, and you can run your apps full screen to test them out. A new open project format based on Swift packages can be opened and edited in Swift Playgrounds for iPad, as well as within Xcode on Mac, offering you even more versatility to develop apps across iPad and Mac.” 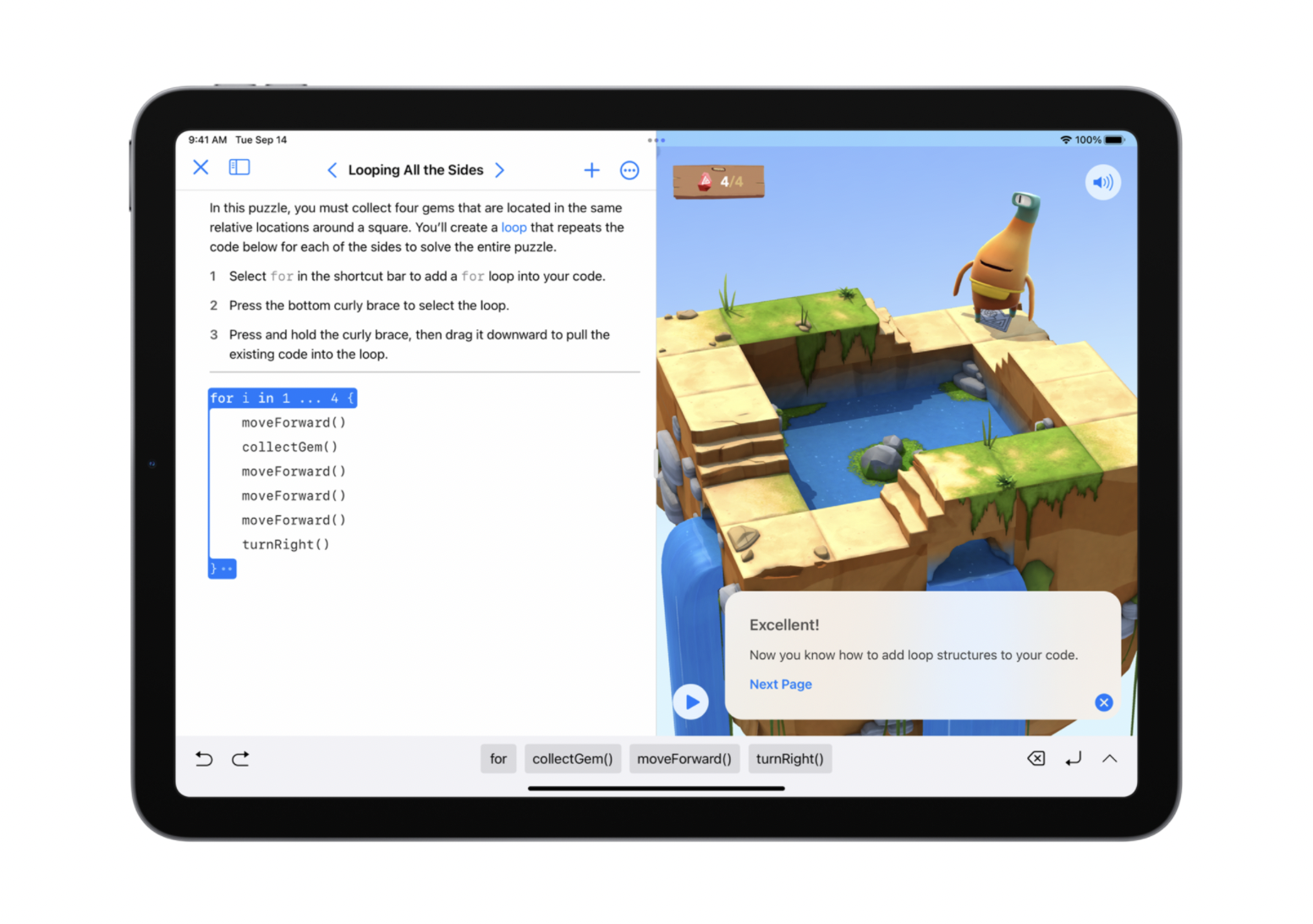 The new app aims to make it easier for new iPhone and iPad developers to try out their ideas without needing to use a Mac. To take advantage of the new features in Swift Playgrounds 4, users are required to have iPadOS 15.2 or later. Swift Playground 4 is now accessible on the App Store for iPad.