Late last year, German Bionic announced a $20 million Series A round led — in part — by Samsung Catalyst Fund. It was a curious alliance, given that Samsung has shown off its own robotic exoskeleton technology. I took Samsung’s Gait Enhancing and Motivation System out for a spin a few CESes ago — and while it was limited in functionality, it worked well for walking assistance.

Of course, it’s never entirely clear just how seriously we’re meant to take Samsung’s robotic ambitions. Thus far, the company’s offerings seem largely for show. German Bionic, on the other hand, has been at this for a while. In fact, the company just announced the fifth generation of its robotics exoskeleton, Cray X — which, fittingly, will be on display at next year’s CES in a few short weeks (shudder).

The system is set to debut early next year, available as a hardware-as-a-service subscription model, with a starting price of $499 a month Put simply, you’re probably not going to rent one of these things to move furniture around the house. 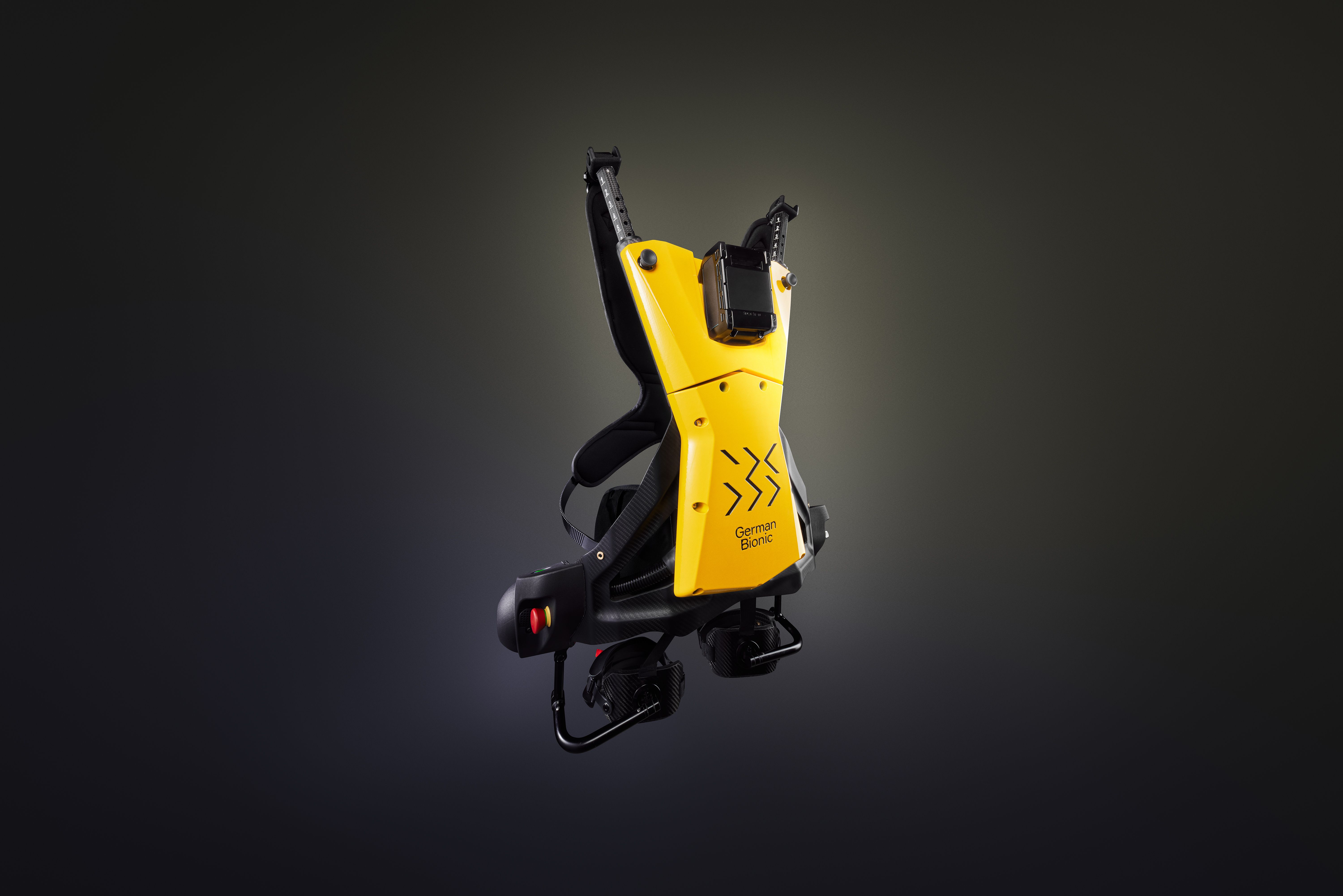 The new system is capable of supporting up to 66 additional pounds per lift. It also adds walking assistance to the mix. That’s a first for the Cray X line — and a combination of support that is generally split between separate devices. The company notes, “It works by gently pushing the legs forward when loads need to be moved from a to b. It thereby helps reduce premature exhaustion and preserve the energy levels of workers conducting tasks involving both lifting and walking.”

The new model is IP54 water/dust resistant and features a new hot swappable battery for continued support. German Bionic is hardly alone in the space. A wide range of companies big and small are working to blur the line between human and robotic workers by offering mechanical assistance for physically demanding manual labor. The company does have a nice base of support, however, with clients including Ikea and BMW.