Zindi is all about using AI to solve real-world problems for companies and individuals. And the South Africa-based crowd-solving startup has done that over the last three years they have been in existence.

Just last year, a team of data scientists under Zindi used machine learning to improve air quality monitoring in Kampala as another group helped Zimnat, an insurance company in Zimbabwe, predict customer behavior — especially on who was likely to leave and the possible interventions that would make them stay. Zimnat was able to retain its customers by offering custom-made services to those who would have otherwise discontinued.

These are some of the solutions that have been realized to counter the data-centered challenges that companies, NGOs and government institutions submit to the startup.

Zindi announces these challenges and invites its community of data scientists to take part in solution-finding competitions. Participating data scientists submit their solutions and the winner gets a cash prize. The hosts of the competitions get to use the best results to overcome the challenge they had — like in an air quality monitoring project by AirQo, which sought solutions for forecasting air pollution across Uganda, and in helping Zimnat cut its losses.

“So AirQo now has a dashboard that allows the public to check air quality and air quality forecasts. One of the exciting things about this project is that AirQo hired two of the winners from the challenge to help with the implementation of the project,” said Zindi co-founder and CEO, Celina Lee. South African Megan Yates and Ghanaian Ekow Duker are the platform’s other co-founders.

“AirQo also raised funding from Google, based on the solution that they built, and they’ll now be replicating it in other African countries,” said Lee about the competition that was organised in partnership with the Digital Air Quality East Africa (DAQ EA) project of the University of Birmingham and the AirQo project from Makerere University, Kampala.

Among other notable private and public organizations that have tapped Zindi include Microsoft, IBM, Liquid Telecom and UNICEF, and the government of South Africa.

So far, Lee is excited about what Zindi has achieved and is enthusiastic about the community’s future, given how the crowd-solving startup has grown since launch. The platform is now providing alternatives and stepping up competition against traditional consulting firms operating across Africa, which are often expensive.

Zindi’s users have grown three-fold from the start of last year, to 33,000 data scientists from 45 countries across the continent. It has also paid data scientists $300,000 in prize money.

This number is set to grow as it hosts the third inter-university UmojaHack Africa challenge in March next year, where college students will compete against one another for different solutions.

Zindi is using the inter-university competition to expose students to practical data science experiences and to solve real-life challenges using AI. During last year’s event the platform attracted about 2,000 students during the event that took place virtually because of the pandemic.

“Students get to build their first machine learning models, and from there, it opens up all kinds of doors for their careers and education,” said Lee, who is originally from San Francisco.

Zindi currently has a jobs portal to “shorten the path from learning to earning.” The talent placement portal allows organizations to tap from its pool of talent by posting openings.

The crowd-solving platform is also planning to introduce a learning component that provides training material to budding data scientists; this is after it realized a knowledge gap and need for training. Besides, Lee said that most of Zindi’s users are university students in need of learning experience, and who require enhanced skills to solve world problems.

The new plans will be made possible by a $1 million seed funding the platform recently secured. 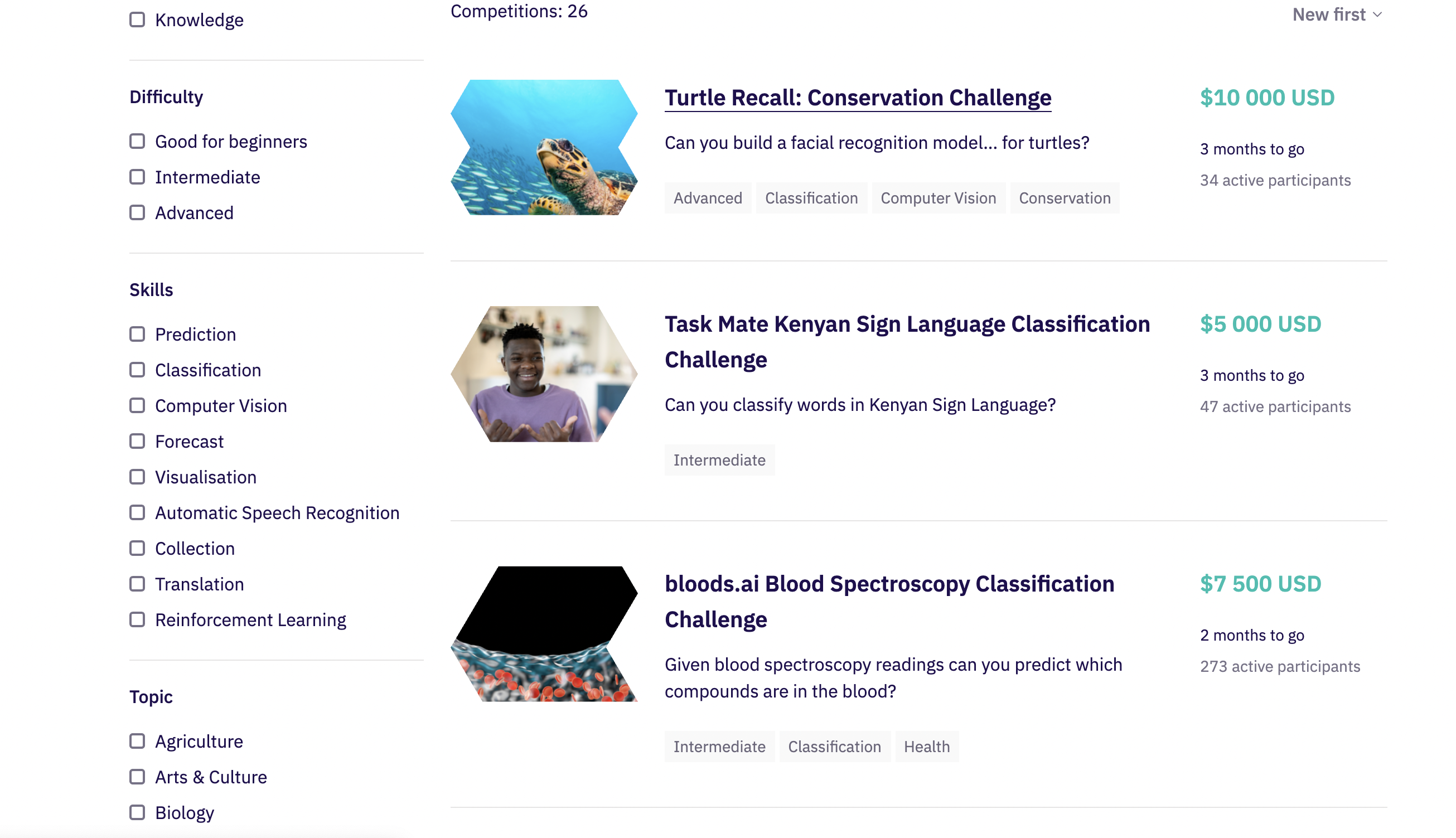 Lee said, “For us, it’s really about scaling the community and creating more value for all of our data scientists.”

“So we’re going to be using the funding to introduce much more learning content, because one of the things we understand is that, especially in Africa, data science is such a new field. And a lot of our data scientists are still university students or very early in their careers. And they’re just looking for a chance to learn and build their skills.”

The seed round was led by San-Francisco based VC firm Shakti, with participation from Launch Africa, Founders Factory Africa and FIVE35.

All these plans are toward building a strong data science community in Africa and for the continent, according to Lee, who said that they want to grow their users to reach one million in the near future. This, she said, will be achieved by opening up training opportunities to early career data scientists and by forming a strong community that encourages collaboration and mentorship.

Lee said, “And so where we want to eventually reach a million data scientists in Africa — we want to make data science something that any young person who’s interested in pursuing this career has access to the tools, the connections and the experience that they need to make a successful career in this field.

“Our vision is to make AI accessible to everyone.”