Gozem, a super app that provides a host of services — including transport, e-commerce and financial services in Francophone Africa — has raised $5 million in Series A financing, the company confirmed to TechCrunch.

It follows the $7 million raised in previous seed rounds via three tranches from investors such as U.S. firm Plug and Play Ventures, Launch Africa, BANSEA and Virtual Network. In total, the multi-vertical application has raised over $12 million.

Gozem was founded by Gregory Costamagna, Raphael Dana and Emeka Ajene. The startup kicked off operations in Togo in 2018 as a motorcycle ride-hailing service.

A plan to replicate the model of Grab and Gojek in Southeast Asia saw Gozem expand its transport verticals to include taxi and tricycle services across multiple cities in Togo and Benin.

As the pandemic hit, the platform halted its geographic expansion moves and went vertical. It introduced e-commerce and logistics plays, allowing merchants to list an inventory of products users want and get them delivered through its drivers.

Then the company launched an asset financing option for its drivers, employing a lease-to-own model for vehicles and associated equipment.

On a call with the founders, the chairman, Costamagna, said the three verticals work together to increase the disposable income of drivers. Gozem’s premise is that it creates a win-win situation wherein its drivers become the next middle-class population in Francophone Africa while its super app plans take effect flawlessly.

“So people [merchants, suppliers, companies] that find a lot of interest working with them [riders], will then work hard and provide a lot of different services to our customer base,” he said.

“And when we do this, we increase their disposable income by sending them more passengers, more delivery trips by adding more merchants on our platform and finding companies that want to use delivery services. We also reduce their cost of operation through asset financing because they have no formal alternative and it’s generally informal and expensive.”

Since Gozem started the lease model, it has provided up to 1,500 vehicles to drivers. Costamagna, in a statement, said the funding will help Gozem increase the figure to over 200,000 before 2025. 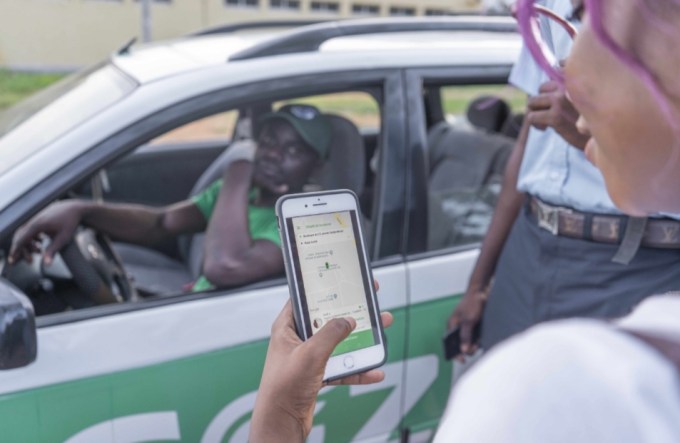 Now that Gozem is present across 13 cities, having moved to Gabon and Cameroon with over 800,000 registered users and completed more than 5 million trips, the founders say the company is setting sights on providing digital banking services and lending to its users.

It’s a model other super app companies across Africa have adopted in the past, such as Nigeria’s OPay (which has since shelved its super app plans to strengthen its financial services arm) and SafeBoda more recently. Other players like North Africa-focused Yassir are also looking to offer banking and payment services.

Gozem plans to use its existing network of marketplace users (drivers and merchants) as agents across all the cities it operates in. This way, individual users can exchange cash for mobile money via the Gozem app.

“I think we have a fantastic differentiator. Generally speaking, our competitors are the telco, which offers mobile money services, and sometimes you have standalone digital wallets as well,” said Costamagna. “What we’re trying to offer is an integrated wallet solution that is included in a suite of different services. And so the key difference in the market is this.

Before Francophone Africa minted its first unicorn in the form of fintech startup Wave, which shed some light on the opportunities that abound in the market, Francophone Africa has been largely left out of the tech and startup disruption sweeping across other African regions, particularly in Nigeria, Kenya, South Africa and Egypt. It was the very reason why the founders started Gozem in the first place, they told me.

“Almost 95% of the money and the attention goes to always four, five countries in Africa … Nigeria, Ghana, Kenya, South Africa, Egypt,” said Dana. “But generally, Francophone Africa is a bit left on the side on all the significant traction. This is where we’ve seen the big opportunities in Francophone as a nice market.”

And having built companies in Singapore before Gozem, Dana and Costamagna brought Ajene on board, adding his on-the-ground African expertise to a team with vast knowledge of the Southeast Asian market.

Three years in, Gozem is now 250-staff strong in its four markets. The company will use the Series A financing to expand into more Francophone African countries, including the Democratic Republic of the Congo, Senegal and Ivory Coast. The company is also looking to improve its asset financing model while fully launching its financial services.

“Where we operate on the continent is kind of what some might call second-tier African markets. But we have an opportunity and believe in the model we’re pursuing. It’s really a wide berth where there’s lesser competition, as discussed across all our verticals. While we are operating in four countries, we want to be embedded across the region over the next year,” Ajene said.