AutoCloud announced a $4 million seed round this morning. The cloud-focused startup’s investment was led by Animo Ventures, with participating checks from Uncorrelated Ventures, B Capital Group and Moxxie Ventures.

AutoCloud is the commercial side of the CloudGraph open source project. The hybrid open source (OSS) and commercial combination is an increasingly popular startup method of attacking markets. Hashicorp recently went public partially on the strength of its OSS core. This morning, Jina.ai announced a $30 million raise for its commercial and open source approach to neural search, for a more early-stage example.

CloudGraph is an OSS tool that ingests usage data from multiple cloud providers — think AWS, Azure, etc. — standardizes it, and makes it queryable using GraphQL (a technology that is itself seeing more use and positive opinion, per the State of Javascript 2020 report).

AutoCloud sits atop CloudGraph, offering automated data ingestions, security compliance and cloud resource visualization. The company’s co-founder and CEO, Tyson Kunovsky, told TechCrunch that his company’s goal is akin to what Hashicorp and others have done, taking a piece of work that the large cloud platforms are doing poorly and improving the experience. 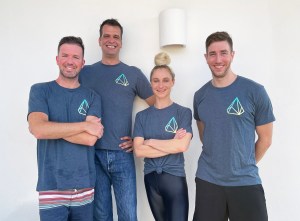 As with all OSS projects that may succeed, its goal is to offer something useful to the market as open code and build a commercial business atop what’s generally available. In the case of AutoCloud, that’s a SaaS model that will feature pricing tiers based on the number of assets tracked.

The startup is early, so we don’t have traditional traction metrics to cite — revenue growth, net dollar retention, that sort of thing. Kunovsky told TechCrunch that his firm has been largely focused on CloudGraph itself, but that hundreds of users of the OSS service found AutoCloud via the project’s readme and have signed up for its waitlist.

AutoCloud intends to turn on its paid product before the end of 2021, which is mere weeks away. So, the next time that we talk to the company, we can harangue it about revenue growth and related metrics.

It’s worth noting that Chicago-based AutoCloud is a standard startup of the day in that it has a team in multiple locations, including Argentina and Chile.

Kunovsky has big aspirations for the company. AutoCloud, he explained, wants to take things from the cloud command line and term them into a graphical user interface, or GUI. That’s no small task.

Given that AutoCloud has a multi-cloud approach to the market, it doesn’t seem too likely that Amazon or Microsoft or the Google cloud team will attack its market directly. But perhaps another cloud infra provider might noodle into its space in time. At that point, how strong the CloudGraph project has become on its own will be a key deciding point in whether AutoCloud can or cannot compete with more incumbent tech companies.

Regardless, add the AutoCloud round to your OSS scorecard. More when it inevitably raises again in the next quarter or two.