Shared transportation in Nigeria, Africa’s largest country by population, is a thriving business, at least when done the conventional way: offline.

With millions of Nigerians using danfo minibuses and okadas to commute to their various workplaces and destinations, mobility startups have sought to digitize the market. However, most have found little luck, especially those in the two-wheeler mobility space.

While most mobility tech in the country is centred around two-wheelers and car-hailing, there’s been hardly any deliberate disruption in the bus-sharing and mass transit space.

Shuttlers, a “tech-enabled scheduled bus sharing” company, is itching to change that. After years of bootstrapping, the company has raised $1.6 million in seed funding from several investors to blitz scale within and outside Nigeria.

CEO Damilola Olokesusi founded Shuttlers in 2016 to address the issue of inefficient transportation costs in Nigeria’s most renowned urban city, Lagos. Via its ridesharing platform, Shuttlers provides companies with better mobility options for their employees.

But when Shuttlers launched in 2017, it did not have a functional mobile application. Instead, the company ran an unconventional online model using Slack, email and WhatsApp to communicate with its customers.

Yet, that was enough to onboard its first set of business clients. Tech talent unicorn Andela was Shuttlers’ first B2B2C client, Olokesusi told TechCrunch over a call.

The B2B2C plan is one of three main offerings Shuttlers providers; here, companies split payment of transport fares with their employees whichever way they see fit. The others include B2B, where business clients pay the complete fares of their employees and B2C, where individual customers pay fares themselves.

“Our mission is to transform the way people commute around the world by building a global partner network and connecting communities of shuttlers like we are presently doing in Lagos, Nigeria,” Olokesusi said in a statement.

Following a revamp in 2019, Shuttlers now offers a fully functional app that allows mobile professionals on its three plans to book rides. Through the platform, commuters can book a seat on one of the buses that goes along predetermined and scheduled routes.

According to the company, commuters pay 80% less when using its service instead of other ride-hailing services “without surges and peak-period pricing.”

Some of its other features include live bus tracking, optimal routing based on traffic and digital payments, the company said. It also has a subscription feature where commuters can schedule rides in advance over a period of time. 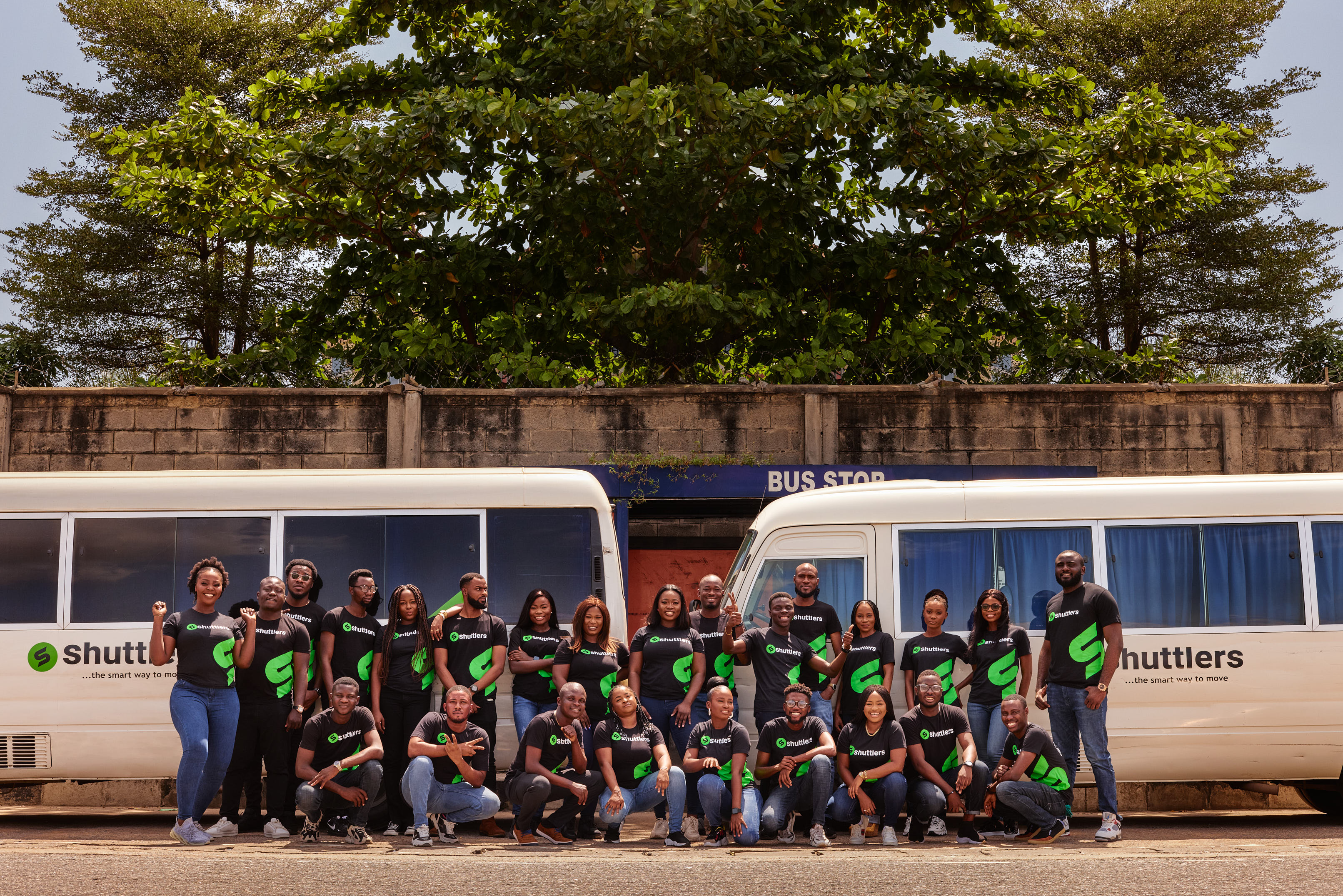 Despite raising just ₦3 million (~$6,000) from friends and family and grants since 2016, Shuttlers’ growth has been staggering. The company claims to have over 10,000 users across its mobile app and website users.

More than 100 unbranded and branded buses are on its platform, ploughing over 30 routes in Lagos with over 300 bus stops. In total, they have recorded more than 2 million trips since the company’s inception.

Olokesusi added that her company sells more than 6,000 bus tickets daily, which means over 3,000 people take two-way trips each day.

Having done this much with so little, why is the company raising a seed round now? For one, it seems the company wants to go head-to-head with VC-backed competition; its funding is coming at a time when newer entrants are gaining ground across the country, most notably from Toronto and Lagos-based Plentywaka.

The Techstars-backed company is actively fueling its expansion across Nigeria and Ghana having raised more than $1.5 million in funding, money also used to acquire a similar player in Ghana.

However, Olokesusi says investors’ interest in the company was the main reason behind the company’s first venture capital intake.

“We were not actively looking for investors; however, there is now more attention in the shared mobility industry because of companies like SWVL. Now, investors are interested in this and think local mobility plays can be valuable solutions,” Olokesusi said.

“We just made the right decision for the company at this particular right time so we can get ready for the opportunity that happens after. Now we are ready to take over the African market, starting with Nigeria and West African markets in the next couple of months.”

The company has begun operations in Nigeria’s capital city Abuja, but Olokesusi doesn’t say which other cities within and outside Nigeria Shuttlers will expand to next.

In a similar train of thought, Nneka Eze, the managing director at lead investor VestedWorld, said her firm believes the “investment will help Shuttlers extend its offering to adjacent markets and help solve inefficiencies in the transportation sector across regions in Africa.”

Olokesusi is one of the few female founders on the continent to have raised a significant round from VCs this year. But her journey to Shuttlers was accidental, as she tells me how working in an oil and gas firm took the front seat of where she wanted to work after studying chemical engineering at university.

The founder was born in Lagos but grew up in Ibadan, a neighbouring city with a less chaotic transportation system than Lagos. Years after returning to Nigeria’s commercial city, Olokesusi would encounter the infamous and troubling method of booking bus seats in public buses (danfos), which she says “troubled” her, narrating her experience in this interview.

“There were fewer issues of people running after buses in Ibadan. In Lagos, I remember when I was walking to a bus stop for the first time, I was actually shocked how people were running very fast to get seats. That was my first interaction using danfo buses in Lagos, but like everyone, I got used to it.”

The CEO said she attended some tech conferences and meetups that opened her mind to the possibilities of starting a tech company to solve problems around her. However, it wasn’t until her internship and her first place of work following graduation that the idea for Shuttlers started to take shape. 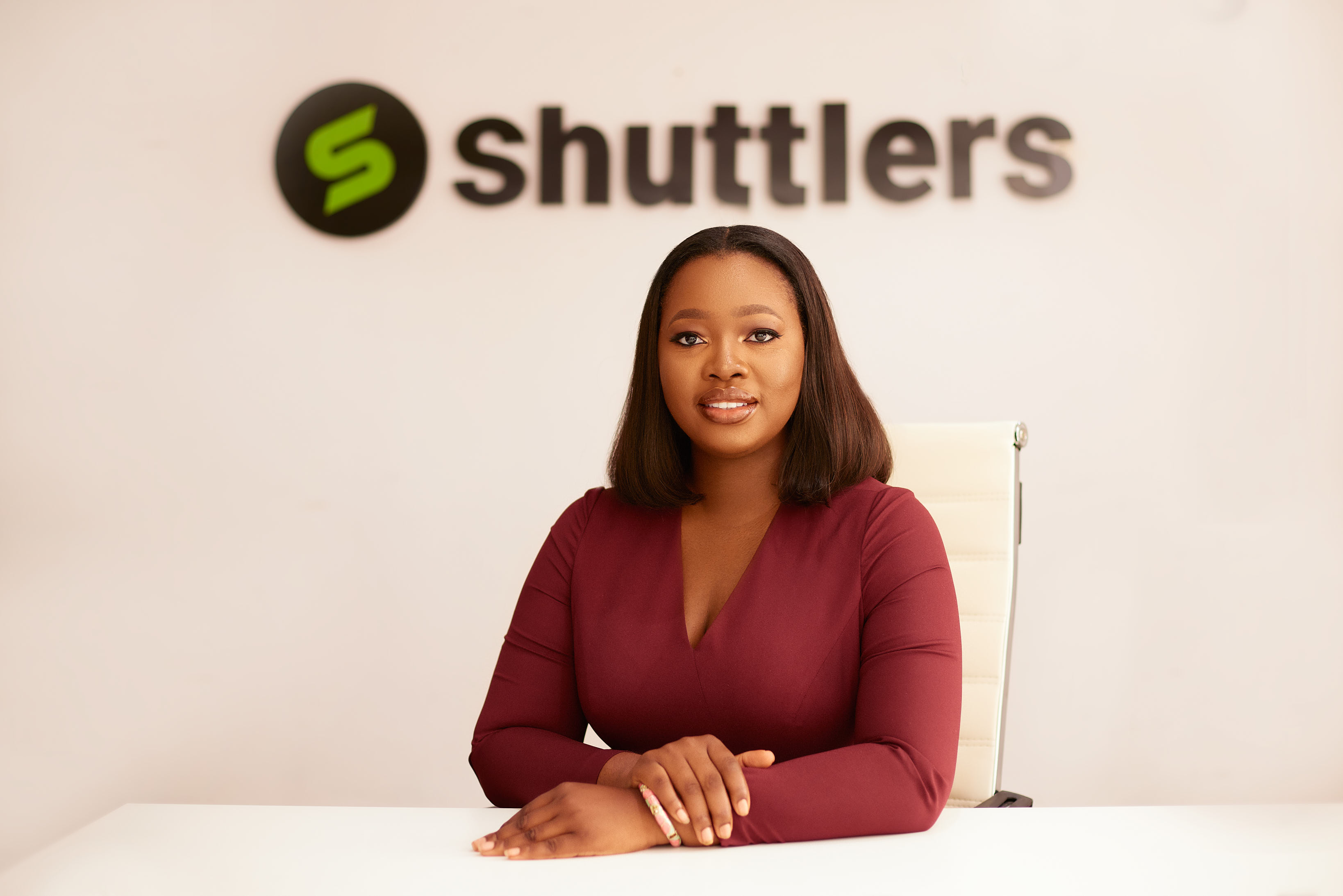 She experienced two contrasts in both workplaces. Her first employer had buses to transport Olokesusi and her colleagues from home to work and vice versa. Meanwhile, at the second, she made use of danfos once again.

“What broke the camels back was my first time leaving the country in 2014, experiencing what it meant to live in a city with smart transportation. By the time I came back to Nigeria, I didn’t want to go back to using public transportation,” she said.

Upon her return, Olokesusi recreated the staff bus model. She felt the model could replace danfos and personal cars — the first-choice options professionals use to get to work. With Shuttlers, she also wanted to democratize the model and make it accessible to other users whose companies might not afford such services.

Five years in, Shuttlers is not only profitable while raising money and making expansion plans; it is also concerned about fostering its environmental impact.

The latter is evident in a recent survey Shuttlers recently conducted where almost 30% of its daily commuters own cars. In essence, the company, in its little way, is reducing the amount of carbon dioxide that those commuters would have otherwise emitted if they used their cars daily.