Nader Al-Naji, a crypto entrepreneur who today lives in L.A., has been on a roller coaster in recent years — and he doesn’t pretend otherwise.

In 2018, roughly 16 months after raising $140 million from investors for a cryptocurrency startup that aimed to develop a stablecoin, Al-Naji and his Princeton classmates returned $130 million when they couldn’t make a go of things. As Al-Naji came to realize at the time, Basis’ technology road map and U.S. securities regulations didn’t quite mix.

That didn’t stop Al-Naji from trying again. Instead, two years ago, he began work on DeSo, which he describes as a blockchain that was built from the ground up to power social applications and whose most renowned app is BitClout, a kind of stock market that invites people to bet on the popularity of influencers and celebrities by buying tokens linked to their profiles.

BitClout took off last spring in part because it scraped the profiles of tens of thousands of Twitter users, then awarded different amounts of “creator coins” to each profile to populate the app. But along with attention and curiosity came contempt by users surprised to see their names associated with the project. Speaking at a StrictlyVC event late last week in San Francisco, Al-Naji told interviewer Erin Griffith of the New York Times that he regrets ever rolling it out.

It wasn’t so much the controversy that he rues, he said, but rather that it was “launched pretty much as a prototype,” and that it may have dissuaded developers on DeSo from developing something similar. “Going back, I think it would have been better if we didn’t build any app on [DeSo] honestly, because I think the appetite for developers to create is pretty high, and creating BitClout might have even deterred people from [trying to build a perceived competitor to it].” 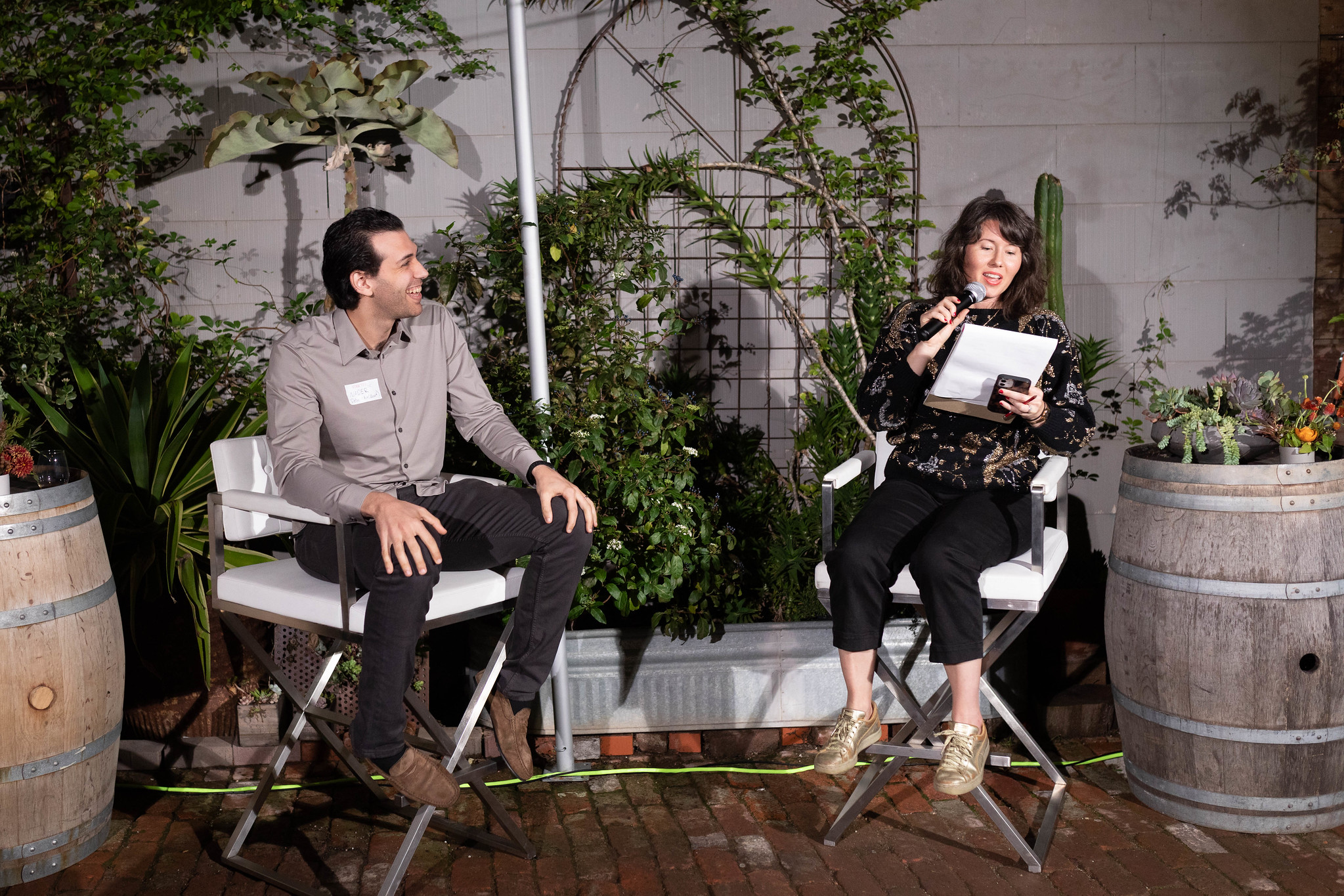 Indeed, Al-Naji took pains to note numerous times that there are now more than 100 other apps operating on the DeSo blockchain, saying they “make BitClout look like Craigslist” in comparison. Among these is Diamondapp, which invites users to buy virtual diamonds that they can award to creators who they like; CloutFeed, a mobile app for BitClout; and Polygram.cc, an NFT marketplace.

Al-Naji further noted that if “one of those apps succeeds, the content and users generated by that app is usable by all the other apps,” which is very much by design.

Ultimately, said Al-Naji, the whole idea is for one truly sticky app to bring users to the platform, where they will encounter and have access to other apps (making DeSo’s coins more valuable in the process). It’s basically Meta, but decentralized and without all the ads that Facebook and Instagram present to their captive audiences, he suggested.

Naturally, Griffith asked if Al-Naji — who briefly operated BitClout pseudonymously as “Diamondhands” — really thinks his organization has a chance against Meta, given that it has its own blockchain initiatives and that DeSo is still “a kind of pirate-ship startup,” as she described it.

Al-Naji shrugged, then dived into why he thinks platforms like DeSo actually do pose a threat to the tech giant. For one thing, he noted, the apps running on DeSo typically take fees off financial transactions, and a lot of money can potentially be thrown around fairly effortlessly in this way, unlike with an outfit like Meta that relies on a traditional financial system where “red tape is meaningful” and there are chargebacks, among other points of friction.

When you run a “fee model sustainably,” Al-Naji continued, “it can be much more efficient than the ads-driven business model” on which Facebook today relies. Being ad free is also liberating in that you “don’t care what people are looking at it as long as they’re generating transactions.”

In short, what DeSo represents is directly at odds with how Meta is run today, and switching to a more “crypto-oriented” future — as Meta seems to be plotting —  could well prove a years-long high-wire act. 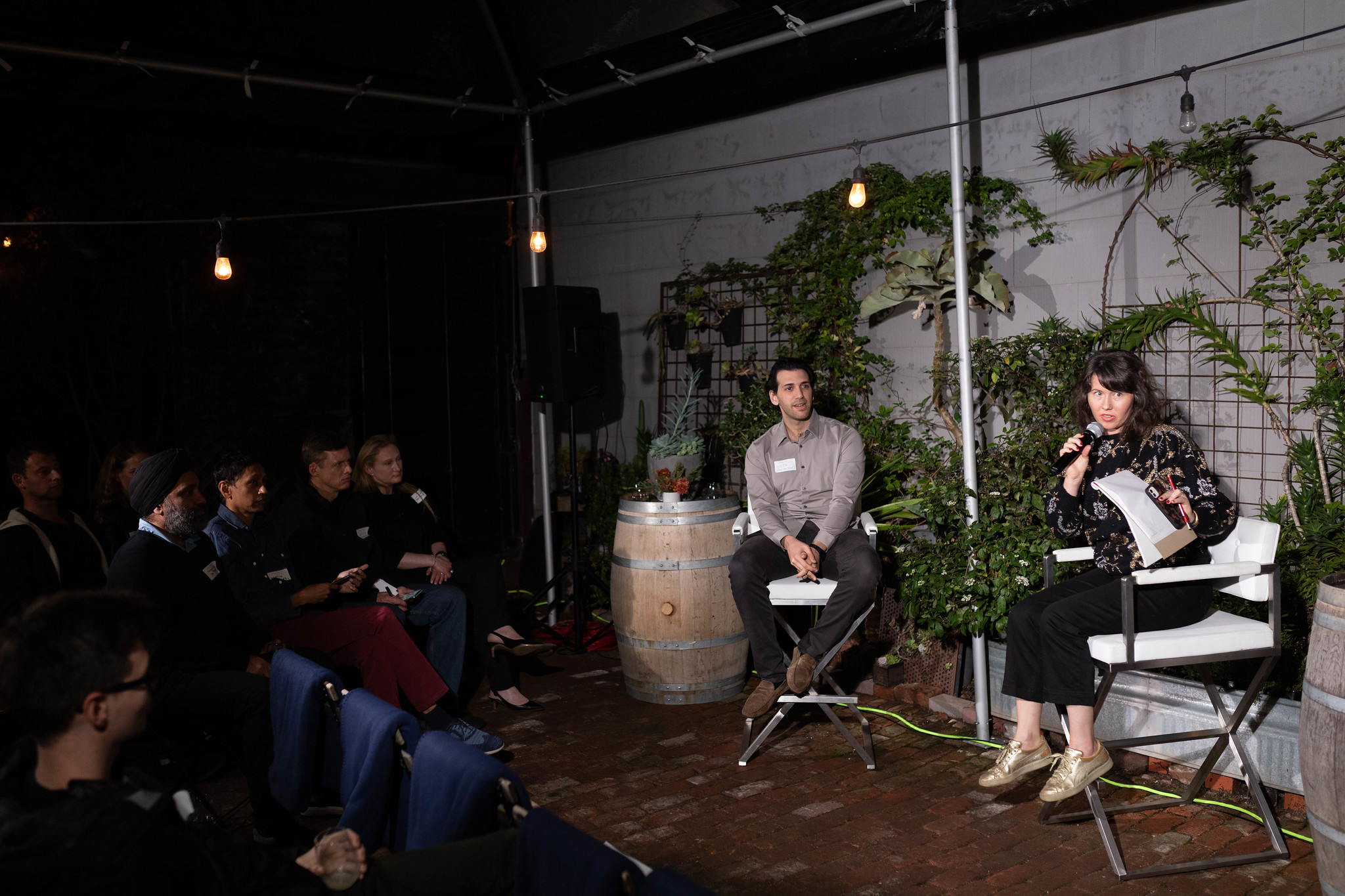 Whether DeSo will still be around at the end of that process is a fair question. Griffith asked, for example, if it isn’t true that both DeSo and Meta — as it builds its so-called metaverse —  are subject to some amount of regulatory risk as much gets sorted out in Washington. Al-Naji answered that “you can’t be in crypto and not be subject to some amount of regulatory risk.”

But he also argued that his experience with Basis puts him on more solid footing. “That $10 million that I didn’t [return to investors] was actually spent all on lawyers, learning like, “Oh, what’s a security and what does FinCEN think about all these things that we’re doing to make a synthetic dollar. So yeah,” he said, “I learned a lot. And I think we did it right this time.”

As for DeSo’s funding, it has raised $40 million from investors this time around, including Sequoia Capital, and another $230 million from the sale of DeSo tokens. Al-Naji has no plans to return the money this time, either. Thankfully, he said, “No one is asking for that.”