Form Energy, a company that says it’s developing a rechargeable battery that can store electricity for days at a fraction of the current cost, has been accused of being overly secretive, even as it has lined up more than $360 million in funding from blue-chip backers since its formation in 2017 by a handful of founders.

One of those founders, Form Energy CEO Mateo Jaramillo, led the creation of Tesla’s Energy Storage group, and at a StrictlyVC event last week, Jaramillo talked with former TechCrunch reporter and current CNBC correspondent Lora Kolodny about why the company has been operating in a kind of stealth mode. He shared more of how Form’s operations work. He also reflected on the more than seven years he spent at Tesla, working for Elon Musk, a period that we gather was, um, intense.

You can watch the entire interview below. In the meantime, following are excerpts from that conversation, edited for length.

On why we’re seeing a renewable energy wave right now, with many companies aside from Form garnering attention and investment dollars:

The cheapest available source of electricity in the world today comes from a renewable resource, and that’s either solar or wind, depending on which region you’re in. But if you’re looking for the marginally cheapest cost of electricity, it is going to be renewable today. And of course, the thing about renewable energy is that it’s driven by weather, and weather is only predictable to a certain degree, and it’s intermittent. That means that in order to enable a fully renewable decarbonized grid, we need to be able to store intermittent sources of energy over all the relevant timescales.

Yes, the sun does go down every night and very helpfully comes back every morning — so that’s one gap that we have to bridge. But then we start to think about gaps associated with seasons or with longer-period weather patterns, and because renewable electricity has made such huge gains in the last 15 to 20 years, we’re now at penetration levels where we do have to think very hard about the last 30% or 40% of the electric system and exactly how we’re going to provide a level of reliability and cost using a renewable or generator like what we have. 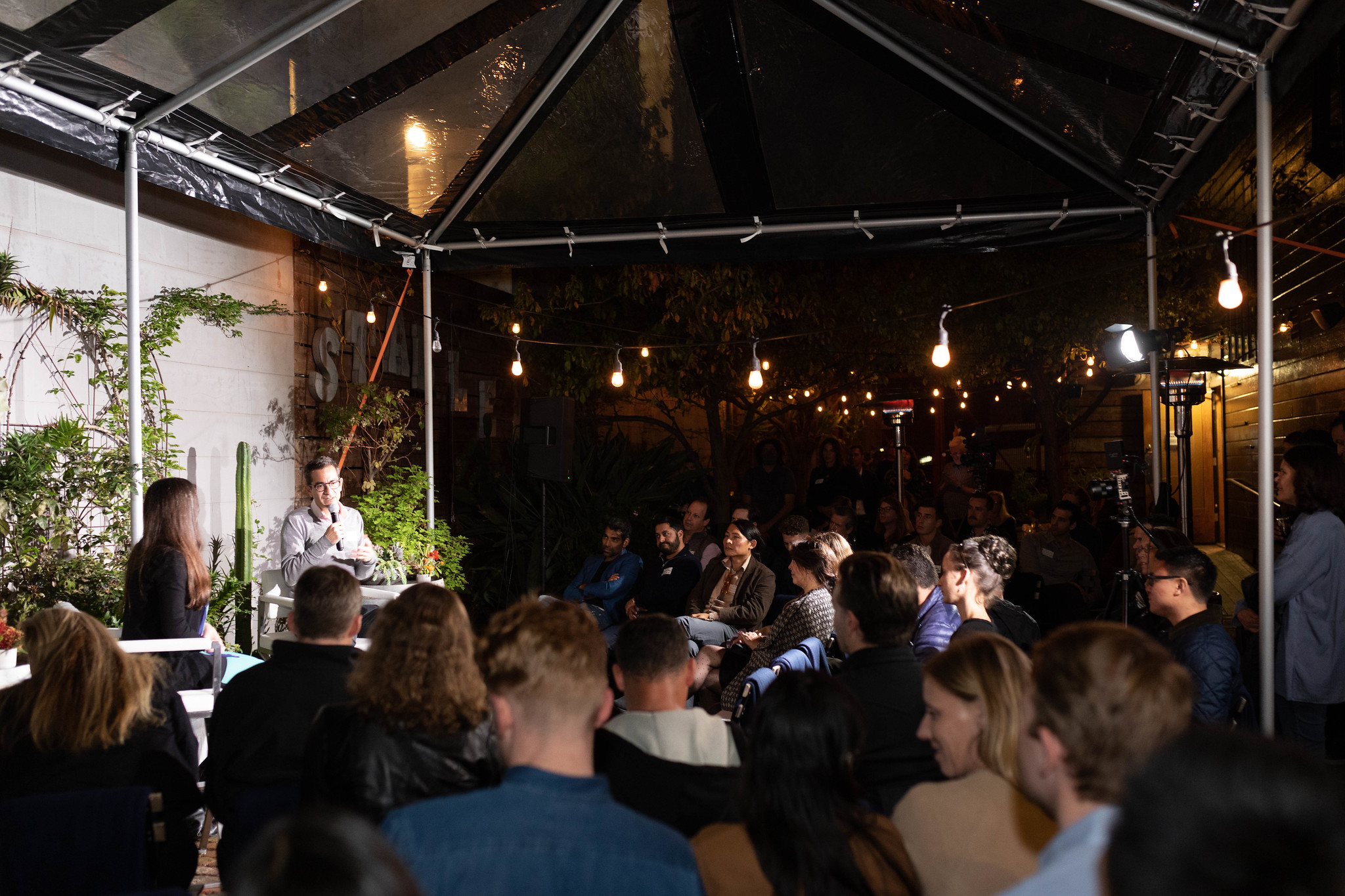 Jaramillo also addressed why iron-air technology, which is what Form relies on and that was first investigated nearly 50 years by federal agencies (and never commercialized), suddenly makes sense as a way to store energy:

First of all, the technology that’s most deployed is pumped hydro. That’s by far the most amount of energy storage that we have out there in the world today. But the technology that is quickly coming up on that is, of course, lithium ion. Right now, at this event, I’m guessing everybody here has five lithium-ion batteries on their person right now, just as an example of how prevalent that chemistry is.

However, as we start to get to these deeper penetrations of renewable energies, we need something that’s a bit different from what lithium-ion can do. If we’re going to have an electric system that is not only 100% renewables driven — by wind, water and solar — then we do need to think about these periods of intermittence that are longer than just a few hours at a time. And that means it also has to be a lot cheaper than what lithium-ion can do.

Iron [meanwhile] is a phenomenally abundant metal substance. It’s the most mined metal on Earth. Humans know a lot about it. We had a whole age named after it because we were playing with it so much. And we figured out a lot about it. And we still use it, of course as the main input for steel production today. It’s also very cheap. It’s abundant on every continent … and it’s one of the largest scale industries in the world. And you’re right that it’s not a new chemistry. Form Energy did not invent iron air as a chemistry. What we did do, however, is take a chemistry that was sort of first studied by two national labs … and we pulled it 50 years into the future, and we applied modern techniques and modern methodologies, modern knowledge of electro chemistry, of corrosion, of metallurgy and brought that performance from 40 to 50 years ago where it was initially to where it can be today. And that means that we are now working on devices that truly are one-tenth the cost of what lithium ion in the future could be. [That means] we really can enable this deeply decarbonized, highly renewable, affordable, reliable electric grid.

What does that mean — an iron air battery? It means very simply that we are rusting and unrusting iron, electrochemically. That’s what we’re doing. It’s a very reversible process, but you have to be really good at exactly how you do that.

Jaramillo also addressed why the company has been secretive about the efficiency of its systems (“If we’ve been secret, it’s only because we’re trying to avoid unnecessary hype around what we’re doing”).

He talked more precisely about how the whole thing works. If you’re curious, we suggest tuning in around the 10-minute mark to hear how Form is making use of “higher purity,” blueberry-size iron pellets that are now mass produced by the steel industry to the tune of 100 million tons per year.

I was at Tesla about seven and a half years. I started in 2009 and left in at the end of 2016. And Tesla is a lesson factory. You could say it makes cars, but really what it does is provide lessons to people. It was a wonderful place to be during that arc. When I joined, we were a couple hundred people and by the time I left, we were 30,000 or 40,000 employees, something like that.

I left because at the time, we had already launched the Tesla energy effort — the Powerwall and the Powerpack. I’m married. My wife and I have three kids. I would like to stay married and be a part of my kids lives, and seven and a half years in the circle with Elon was enough for me. I also very intentionally wanted to leave on good terms with Elon, and things were sort of in a good place, so that was it for me. 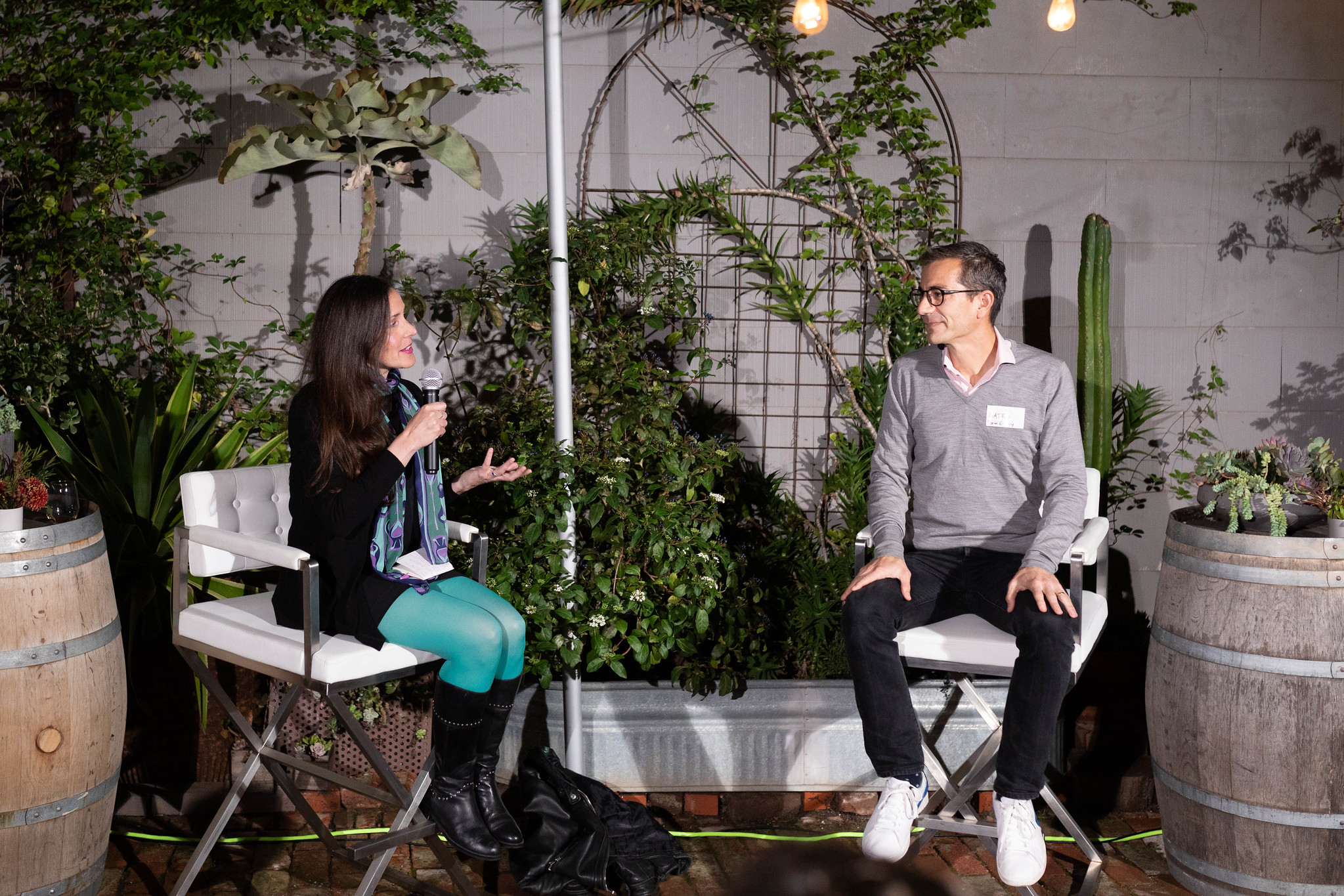 I left with no regrets but I take away a lot. I take away that there’s nothing more important than the people you work with and the quality of those people. They have to be passionately committed in every possible way to the mission of what you’re working on.

The other part of the lesson is sometimes you have to protect people from themselves. It can tip over, right? Every virtue, if driven too far, becomes a vice. And so it’s really important to also acknowledge that there can and should be limits around what you ask of people when they are that committed and when they are that passionate about the mission of the company. So hopefully, what we’ve done at Form Energy — and we’re now about 200 people — is create a culture where we are all extremely passionate and devoted and mission oriented, and we also are able to sustain things like a family life. And those two things are not in opposition.